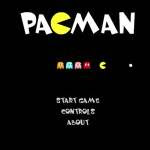 Although the technology of videogames for PC or console is constantly evolving, old classic games such as Pacman, Space Invaders, and Arkanoid there will always be pieces of history that are pleasing, especially for the less young, to replay after so many years.
Without having to look for who knows where, it’s the same Google that allows you to play online, directly from the browser and without downloading anything, to those games that, several decades ago, were lined up with hundreds of kids in arcades.
In particular, you can play many fun classic games from the customizable page of iGoogle.
iGoogle is a web page (completely in Italian) that can be customized as desired using a Google account, adding several gadgets that can encompass activities on Facebook and other social networks, news from favorite sites and blogs and many other information panels such as horoscope or weather.
Furthermore, with iGoogle, you can save, on your web page, favorite online games and play them at any time.
In the games section, you can find several more famous games than once and several other classic online pastime games.UPDATE: This article is now dated and no longer valid; in another the selection of 25 Classic arcade games to play on the online browser

After logging in to iGoogle with your Google account (you can also use a Gmail account), the initially empty page can be customized by adding gadgets (by pressing the button on the left).
To add a gadget to the page just press the “button add”then, in iGoogle, you can move the gadget wherever you want, even in a second tab that you can add at any time.
To find the games indicated on this page you need to look for names from the search field at the top right in the gadget section and then add them to your iGoogle page.
For each added game, you can click on the wheel in the upper right corner of the gadget box and select the option to enlarge it so that you can play in a more orderly manner.

In this article, we see some of the best games, including some old classics and some of the most fun pastimes and online games to find, add and play from iGoogle

1) Search “Pacman” to add the most famous game in the world.
There are two versions, the Pacman Classic and the Pacman Maximizable which is the same game only displayed larger.
In Pacman, you have to complete every picture missing all the balls, without being touched by the ghosts.

2) “Frogger” It’s that simple and fun game where you have to make a frog cross the street and a river without sending it under a car and without letting it fall into the water.
Among the various Frogger, the best is the original of the Sega, both for its 80s graphics, and because it is the most playable, without ads and without unnecessary additional options.

3) Defender is that game in which the tank shoots from below against enemy helicopters and must avoid being bombed and also to let too many men descend on the ground.
To find it, you need to search “defender labpixies“.

4) Space Invaders is the classic game where the spaceship shoots from below against the aliens before they can reach it by going down.
This is another unforgettable game of the primordial era that remains in the history of videogames that always deserves a game.
There is also the version “Space Invaders (Maximizable)” to play in full screen.

5) Super Mario is the symbolic game of Nintendo of which, even today, new versions come out.
in iGoogle, there are various versions of the online game including, the best, Super Mario World.
I remember, in another article, how to play Super Mario Bros on PC for free with many other online versions and to download even more modern ones.

6) Asteroids are instead that very retro game where the spaceship at the center turns, moves and shoots at the asteroids that are divided into smaller and smaller pieces until they are completely destroyed.
In iGoogle, you can play in the classic black and white version, even in full screen.

7) Bubble Bobble is the classic game of dragons that shoot bubbles against enemies.
In another article, other great ways to play Bubble Bobble for free on PC and online

8) Puzzle Bobble is instead the game where the usual two dragons shoot colored bubbles upwards to compose the colors and make them disappear before they become too many.
On another page, the 10 best Games shoot bubbles or shoot balls similar to Puzzle Bubble

9) Arkanoid Arcade classic is the original game of Taito, where you have to break the bricks with the ball.

10) Tetris the game of joints and perhaps the most popular game of all time you can play online on iGoogle in different versions including, the classic is called Flash Tetris Game.
In another post, where you can play classic Tetris for free or Tetris multiplayer.

At any time, you can delete a gadget or a game by clicking on the wheel at the top right and entering the iGoogle settings to remove the games or to organize them in different tabs.

For fans of old video games, In another article, the old free games for PC, 80/90 years and room.