Best sports games, action and simulation that you can play online on Facebook to have fun 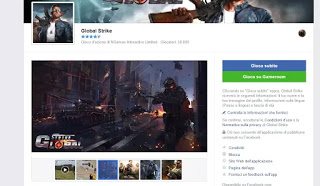 While several years ago games on Facebook were an important component, today they went more into the background, especially because many games only bothered users with continuous requests to share scores and to invite other people to play. The games on Facebook have therefore changed and if before they were all of the Farmville genres, in which to create a farm or a city to improve and show to friends, today there are many fun games also to make fast games and not necessarily to play in a company.
In this post, we see through Play some of the funniest games, ideal as a pastime, without forgetting the competitive component.
In this list of 10 games, we see some of the most beautiful and least-known games on Facebook including sports and action games and also some simulations with greater dynamics and greater involvement.

1] Soccer Stars is one of the most fun smartphone games, also available online on Facebook. In Soccer Stars you play by throwing discs against the ball to score a goal for the opponent and win the game. Each player controls five disks and they make moves in turn, first one then the other.
To find out more, I described Soccers Stars for iPhone and Android in another article.

2] TopEleven is a game of managerial football where you become the English coach of a team to manage not only tactically but also in the financial sphere, as a president would do.
If you like the genre, I recommend watching the best football manager games at the online Football Manager.

3] Golf Clash is a very addictive Golf game, with multiplayer challenges against other players.

3 BIS] Bowling Kings, by the same developer, is the game to challenge friends in Bowling matches.

4] Battle of Gods is an action RPG in which you play as one of the gods who kill enemy troops in a war.

5] Global Strike its beautiful 3D first-person shooter game, similar to the more famous Counter Stike, action multiplayer to play together with other Facebook users. You can play online without downloading anything, in full screen and with increasingly difficult levels where, as usual, you can earn money to buy more powerful weapons.

6] BasketBall Stars is a game where you have to make a basket by challenging another player. With 3D graphics, you win by guessing the moves to be made and the feints to trick the opponent.

7] 8 Ball Pool is instead a game of billiards social to play with friends like you were in the gambling den.
I also wrote a list of the best billiard games for this type of game.

8] Real Racing 3 is the best of driving games and car races on Facebook, with high-quality graphics for the best driving experience. In the game, you can buy cars, maintain them and improve their characteristics as you would with a real car. You can compete with friends online in different game modes and get rewards to use to upgrade or buy a new car.

9] Clash of Kings it’s a big one RTS simulator, the typical real-time strategy game where weapons and structures evolve over time. The dynamics of Edgeworld is much more lively than that of games like Farmville because not only must the structures of the city be built, but we must also fight against other players, thus ensuring greater involvement, not an end in itself. You can also get together with friends and establish non-aggression pacts.

10] Megapolis finally it is the best city simulator on Facebook.
In another article, I remember the best games similar to Sim City, online and free.

Programs to work on PDFs: create them, order them, modify them, convert them, read them

Huawei vs Xiaomi: who makes the best smartphones?

How to upgrade from Windows 7 to Linux for free