10 more fun Facebook games to play with other friends or strangers, with fast and arcade games 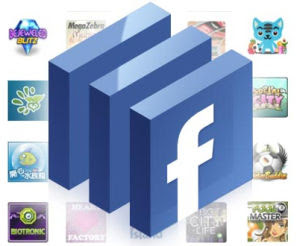 Games have always been an important part of Facebook: hated by many for the continuous invitations, an addiction for others who instead connect to the social network just to play. Most games on Facebook are long and continuous, where you need to grow, pass levels, accumulate experience and money, build new things, manage virtual cities and so on.
But for those who prefer best games, less demanding from the point of view of the time to be dedicated, who wants to play to spend even 10 minutes, let’s see here some of the best games, free or free-to-play, with quick matches, always against other people, which may be our friends or strangers taken at random.
Play in the multiplayer mode it means challenging real people and always having a new experience that gives much more satisfaction than confronting the artificial intelligence of a computer.READ ALSO: 10 Fun Facebook games with sports, action, and simulation

1] First of all, Angry Birds on Facebook is the top of the top, most played a game of all time now also free on the social network, where you have to throw birds with a slingshot to destroy the structures of the bad guys.

2] Trivia Crack has over ten million players and it is, as we understand from the title, a game of random questions where we can measure our general culture on various subjects: entertainment, art, sport, history, science, and geography. Those who are fond of games like Trivial Pursuit will surely find their teeth.

3] 8 Ball Pool is the billiard table, a beautiful 3D Miniclip game where you can challenge another player virtually.
I had already spoken of this game as the best Pool for Android and iPhone.

5] Solitaire Knockout is the most classic of pastime games, where you can challenge another person on the same solitaire card to see who completes it first.

6] Dragon City is a game of dragons that fight each other, very funny, very played all over the world.

7] Agario is the game where each person drives a sphere that can eat the smaller ones or be eaten by the larger ones.
Agario is a great game for Android and iPhone that you can play even on a PC on Facebook, using the mouse to move the sphere and the bar to divide when you want to eat someone.

8] Tetris Battle for Tetris lovers, to challenge other people and see who is better at fitting the pieces that fall from above. Up to 6 people can be challenged together in a single game.

9] Words between friends is the online game of the old Scarabeo, the one where you have to put the words in a row having some randomly drawn letters, to play with friends or other people.

10] Hero Wars is an action game with 2D graphics in which to heal a character to make it grow stronger. The aim of the game is to save the guardians from a demon and you can play in the company of other people, where you have to carry your weapon in a fast and frenetic way.

11] Subway Surfers is another runner game with a subjective view, which makes you prefer for the cured graphics, for its popularity and for the fact that you can also play from Android smartphones and iPhone.

NOTE: Facebook also allows you to download PC games through its program Facebook Gameroom. Warhammer 40000: Freeblade is one of the best 3D action and combat games for PC, with really neat graphics, to download into Gameroom.

Finally, let’s not forget that Facebook also has the games called Instant Games, that you can play immediately by challenging a friend, without having to make registrations or registrations, to make quick and immediate matches. Most instant games are also games for Facebook Messenger.

Google Maps: fight against review bombing, in test the default means of transport

Configure port forwarding on a router