Home Android 15 Barrel and fight games for Android and iPhone 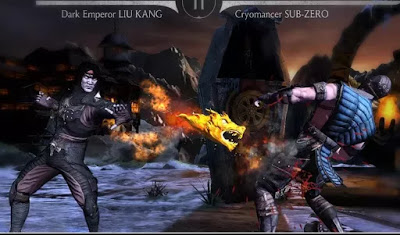 That of the games of barrel and punching and kicking, similar to Street Fighter, was the most played genre in arcades, much less fashionable on smartphones due to the difficult gameplay.
Although, therefore, there are not so many choices, in the stores for Android and iPhone smartphones it is still possible to find barrel games of the “piacchiaduro” genre that can amaze and surprise with their playability and graphics, making a genre that is fun on small cell phone screens seemed impossible to play.
In this article we discover the 15 best games of beatings and fights for Android and iPhone, favoring free titles as usual, but also citing someone for a fee that is worth it if you like the genre.1) Animalee for Android and iPhone is a completely free fighting game with animals, where you can fight a lion against a crocodile, an eagle against a kangaroo and so on. Each animal has its own set of moves and can be customized during the game. The 3D graphics are well taken care of, as a game and as a story is not one to be taken too seriously, but being one of the few free without paid content deserves to be played.2) EA SPORTS ™ UFC for Android and iPhone is the most popular game of the category, among the best ever, with high-level graphics and many fighters to choose from, both male and female. Game controls are not exactly the maximum complexity since for the most part you just have to touch the screen and swipe your finger, but it’s still pretty fun for short games.3) WWE Mayhem (Android and iPhone) is a nice Wrestling game with WWE characters and online multiplayer battles.

4) Fight Club (Android) is an action-adventure fighting game with 20 levels to overcome, superpowers and weapons to use, which has nothing to do with the famous movie. Most fights take place in dimly lit basements or at night and work well, only that you have to endure the massive presence of advertising, quite aggressive and annoying.

5) Streets of Rage 2 is one of the greatest classic arcade games, now available in the original Sega version for Android and iPhone. As a barrel game, it is very reminiscent of Final Fight, it’s fun, it’s free and you have to fight against many opponents together to save the girl (remember Final Fight) using special moves, combos, and weapons.

6) InJustice 2, for Android and iPhone, is the game of barrel between superheroes, where you can see Superman fight against Batman or other DC Comics heroes. Although the graphics are excellent, the game mechanisms are not very fluid and it is often just a matter of touching the screen at random to win.
If you like, you can also play the first episode, Injustice Gods Among Us (Android and iPhone).

7) Robot Fighting Game (Android and iPhone) is a game where remote-controlled robots fight in a one-on-one challenge, with the possibility of improving their robot to be stronger.

8) 3D Punch Boxing (Android) is a boxing game, a bit slower than martial arts barrel games, but very tactical with blocking and attacking moves.
The graphics are well cared for in 3D, while the controls seem to work as expected, although somewhat limited in the moves that can be made

9) Punch Hero (Android and iPhone) is another boxing game, less series than the previous one but faster and arcade, with characters designed as cartoons and many customizations.
Unfortunately, this game has not been updated for some years.

10) Real Boxing 2 (Android and iPhone) is the game where you can box against Rocky, Ivan Drago and other imaginary boxers of the film.
The controls are pretty good as are the graphics and the game mode.

11) Real Steel World Robot Boxing (Android and iPhone) is the most popular of the arcade-style fighting games between Reliance Games’ robots (there are 3 more), in multiplayer mode and even with single fights.

12) Shadow Fight 3 (Android and iPhone) is one of the few pure fighting games on smartphones, with different characters to play with, many special moves and various powers. Combat is beautifully fluid, with unique graphics and characters that are like shadows. If you like you can also play the first two episodes.

Shadow Fight is also one of the best multiplayer PvP games that you can play against friends.

13) Fatal Fury Special (Android and iPhone) is a paid game that costs 4 Euros, a smartphone version of that Fatal Fury cher was very popular in arcades a few years ago. The game has, therefore, a retro graphic, allows us to play with the 16 characters of the series and has a nice playability to make moves of martial arts and special moves. Even if you pay, it’s among the best of its kind.

15) SAMURAI SHODOWN II (Android and iPhone) is a classic game of pure combat branded SNK, one of the oldest and best fighting games, which you pay only once and then play without surprises and limits or purchases to make.

15) Also from SNK, there is also King Of Fighters (Android and iPhone), very similar to Street Fighter, very funny in its arcade version.

16) Mortal Kombat X (for Android and iPhone) is the smartphone game of the popular series of fighting games more violent than ever, which on smartphone presents an impeccable game mode, but with excellent graphics.

17) Prizefighters for Android and for iPhone it is another very entertaining Boxing game where you can boost your boxer and hit your opponent with your fists to send him KO, with pixel-art graphics that make him look like Punch-Out, the old cult from the arcade.

18) DragonBall Legends, PvP game for Android and iPhone with the original characters of the cardboard.

BONUS: The official and original game cannot be missing from this list Street Fighter IV Champion Edition, one of the best in 2018, free for Android, which costs 5 euros for iPhone.
The most beautiful fighting game involves 32 fighters, with arcade graphics and gameplay that can only improve.

Best Android smartphone ever for every price range

Whatsapp: 30 Tricks and secrets of chat on Android and iPhone