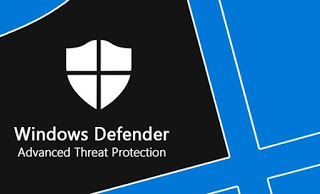 Windows Defender is the integrated anti-virus of Windows 10 and allows users to be able to navigate right away without having to worry about being infected by any threat (even while searching for a new antivirus we run the risk of being infected!). Being well integrated into the system, it is the fastest and least intrusive antivirus in memory: for this reason, many users prefer to rely on its protection without installing any other third-party antivirus.
But, to protect our operating system, better to install a new antivirus or just Windows Defender?
In this guide we have tried to answer objectively this question, showing you the strengths and weaknesses of Windows Defender and how, with the due optimizations, we can use it as the only antivirus, without having to install anything else.READ ALSO: Windows Defender Security Center Guide in Windows 10

Below we will show you the potential of Windows Defender, how to enhance it to the maximum to be able to block all types of threats and, if we were unsatisfied, which antiviruses to choose to replace it.

For a basic user it is preferable to use Windows Defender compared to other free antivirus programs because perfectly integrated into the operating system, is provided for free without having to touch anything, is already configured and, even if we don’t understand anything about antivirus, is able immediately to offer a good level of protection. 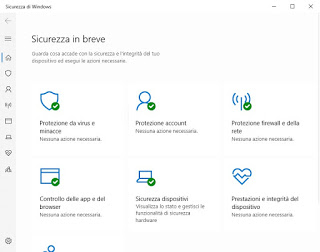 To access the settings of this antivirus, just open the Start menu, type Windows Defender and open the app Windows security. If there is any problem with the antivirus, the security icon at the bottom right will turn yellow, signaling us with a periodic notification of the problem encountered.
The antivirus is able to automatically scan the computer when left on and inactive: to scan then simply leave the PC turned on for at least half an hour, so as to be sure that the scan takes place (a summary notification will appear at the end of the scan).
When it comes to updates, Windows Defender stands out above all others, since updates of anti-virus signatures and new scan forms they are conveyed via Windows Update: will enough leave Windows 10 updates active to always maintain the optimal level of protection.
If we want to manually update Windows Defender, we advise you to read our guide on How to update the Microsoft antivirus (Windows Defender or MSE).

The negative aspects of this antivirus they are a not very fast scan and a cleaning system that often slows down on the most aggressive viruses (asking the system to reboot several times to complete the removal): these behaviors are also present on other antiviruses, but they are definitely less invasive and annoying.
If we have chosen to focus exclusively on Windows Defender, we advise you to maximize it by reading our guide How to use the “Windows Defender” antivirus and adding a free manual scanning engine, like for example Malwarebytes, doing manual scans from time to time to check that everything is in order.

If the protection of Windows Defender is not enough to protect our computer but we try a very light antivirus, completely automatic and easy to install, we recommend you try Bitdefender Antivirus Free Edition. 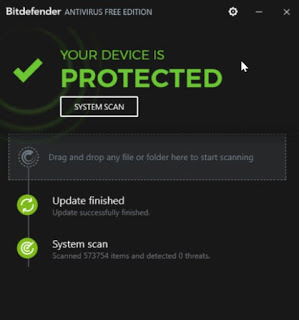 This antivirus auto-starts and replaces Windows Defender very well with a very responsive real-time scanning engine, able to block all threats that try to infect your computer. The peculiarity of this antivirus is that it requires very little user interaction: once installed you will not need to do anything else since it installs updates automatically every time you start your PC (and every time they are present in the online database). To start a scan, just open the program interface and click the System Scan, which in fact is also the only button present. If instead, we want to analyze a file or a folder, it will be enough to open the interface and drag it inside, so as to start a selective scan.

The only flaw with this antivirus it is in its extreme simplicity (for many it is an advantage!), since it does not offer any real customization: in the settings, there is nothing to configure, we can only enter exceptions or check the virus bin to restore any false positive.

Another very powerful and simple to use antivirus that we can use for free is Kaspersky Security Cloud Free. 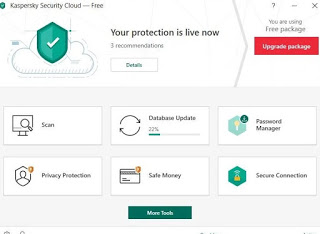 This famous paid antivirus also provides a “reduced” and free version of its award-winning protection system, based on signatures and on the heuristic engine accessible at all times on the cloud network operated by Kaspersky. Thanks to this antivirus we can automatically and in real-time analyze threats in circulation or as soon as they are released (0-day), so as to immediately offer the maximum protection from all new malware. In addition to the scan module, the program offers one Dedicated VPN to encrypt data when we use a non-secure connection and a password manager to keep our passwords in a secure safe, accessible only with the master password.

The only flaw of this antivirus is its cloud nature: all the signatures and heuristic engines are available on Kaspersky’s servers, so we will always have to be connected to Interna for maximum protection (however, the antivirus also works offline, but with generic signatures and without heuristics).

If instead, we are looking for a classic, widely configurable and free antivirus, the only one we suggest you try is Avast Antivirus Free. 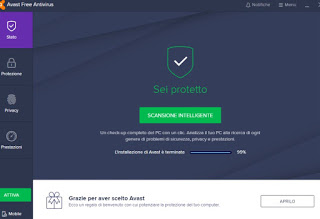 With this antivirus, we will have many free protection modules (real-time scanning module, web module, e-mail form, and behavioral module) and a data monitoring system exchanged on the network, so as to also stop infections from other PCs on the LAN. The program proceeds automatically with periodic updates, allows you to scan with various levels of intensity and to schedule automatic scanning on a specific day or when we are inactive.
In addition to the components designed to replace Windows Defender, Avast includes modules for protect privacy on your computer, for check the nature of the links we open on the browsers it’s a “do not disturb” mode which automatically removes the detected viruses when we use a full-screen program (game, movie, etc.).
Avast is ready to use, so we can also install it and forget about it; if we are a bit more advanced users, it will offer a lot of options to get even more protection.

Difficult to find a defect in this antivirus, but if we really have to find the hair in the egg some protection modules are available only for a fee. Nothing transcendental, given that already in the free configuration it offers everything you need to effectively replace Windows Defender.

As we were able to read in this guide, we can safely rely on Windows Defender if we are occasional and “distracted” users (ie 90% of computer users nowadays), who prefer an automatic protection system and that does not interfere too much with user activity.
If we have taken a virus in the past and we want a more powerful antivirus, we have shown you the ones that, in our opinion, are simple to use, light in memory and ability to do the job of scanning and cleaning in a completely automatic way, with minimal user interaction.

Best smartphones with big screen (6 inches or above)