Home Android App to be installed on the new smartphone 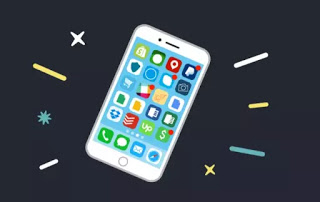 On our brand new smartphone or even on the old one, if we have never done it, there are applications that, more than others, are worth installing.
These apps are generally useful for everyone, some because they allow you to keep your phone data safe, others because they expand their functions or because they integrate the smartphone with other devices, such as the computer.
In this article, we see the 10 applications that we must always install on the new smartphone, the ones that must be there and that, even if they weren’t for everyday use, should still be kept handy for any eventuality.
The list of first applications to install on the new smartphone worth both for Android smartphones (Samsung, Huawei, and others), and for iPhone.

READ ALSO: Recommended Android apps that I always recommend to everyone

1) Google Photos (Android and iPhone)
Google Photos is always the first app that I install on every new phone because it’s fundamental and incredibly useful.
Not only does Google Photos allow you to view photos and videos taken with the camera, it not only has powerful photo editing tools but also backs up all the images so you never lose them again.
The backup is automatic (even if it is activated by settings the first time), all on the cloud (in the sense that then the photos can be reviewed from any computer or other devices) and unlimited, in the sense that there are no limits to the number of photos which can be stored in your personal Google account.
In this app, we have written a detailed guide on Google Photos with unlimited backup from Android, iPhone, and PC.

2) IFTTT (Android and iPhone)
IFTTT is a powerful app that allows you to automate your smartphone in various ways.
For example, you can change the phone background automatically, you can turn off wifi when you leave home, you can publish on multiple social media networks simultaneously, you can backup iPhone contacts to Google accounts and many other things.
As an automation app, it is one of the simplest to understand and use, very useful and indispensable also to make the battery last longer, the only one of its kind for iPhone.
In another article, the guide to IFTTT for Android.

3) Google Drive (Android and iPhone)
Among the best cloud drives that offer free space, Google Drive wins not only because it is reliable and fast, but also because it offers applications within it that also work to view PDF and Office documents.
With Google Drive you can keep backups of Whatsapp and then to keep and keep synchronized all the files, which are not photos and videos, so you can immediately recover them from your computer.

4) PushBullet (Android and iPhone)
This is one of the best applications to install on any new Android smartphone because it allows you to receive notifications on your computer and then quickly send files, notes, and links from PC to mobile and from mobile phone to PC.
Those who use phones and computers together will not find a better app for Android.
The iPhone version also works well, but due to system limitations, it has fewer features than the Android version.
In another article, the guide to send note files and links from PC to Android and iPhone with Pushbullet.

5) Google Keep (Android and iPhone)
Keep is one of the best note-taking apps that sync to your Google account so you can review them from any other PC or device.

6) Microsoft Word (Android and iPhone)
The installation of Word may seem superfluous on a phone, but since Microsoft has done it well, Word on smartphone becomes an app I use to open documents, read them and possibly even modify them on the fly if needed and if we don’t have a computer at hand.

7) Gboard (Android and iPhone)
On Android GBoard is the best application to write, because it brings on the phone a smart keyboard, very customizable also in the graphics, rich in emoji and GIF to use in messages.
On the iPhone, it is also a useful app for having an alternative keyboard to try because in many ways even more comfortable than the default Apple.
Of the Google GBoard keyboard on Android and iPhone, we talked about it in another article.

9) Google Translate (Android and iPhone)
This is an application to keep always available, because you never know when a translation is needed and because when you travel it becomes indispensable, not only to translate written but also to act as an interpreter while talking with someone who does not speak our language, with the translation of what it says in real-time.

10) Telegram (Android and iPhone)
While Whatsapp is the messaging app, Telegram, which on the surface can be considered a duplicate, instead becomes super useful in its accessory functions, including the ability to request information from bots, the ability to receive news from favorite sites via channels and the fact that each file sent or received is saved by Telegram in an unlimited cloud space, thus becoming like a warehouse in which to store photos, videos and private files so that they can also be found by changing phones or accessing Telegram via PC.
In another article, tricks, secrets and hidden options of Telegram.

Only for Android I also recommend installing applications on the new smartphone:
– Transparent Weather Clock, a best free widget with weather and clock
– Total Commander to browse phone files and folders
– VLC for Android to watch videos
– Google contacts to manage the address book
– Google Files Go to clean the phone from useless files
– How2do Tech, to follow this site every day.

App to be installed on the new smartphone