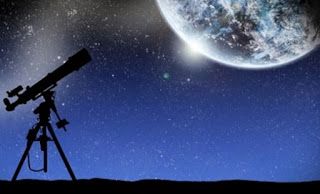 Until not long ago we could cultivate our passion for astronomy only by obtaining an expensive telescope and reaching places far from cities and artificial lighting, so we could admire the stars and planets of the celestial vault.
Fortunately, times have changed a lot and, before making an expensive investment like the telescope, we can use free astronomy programs for PC, so you can admire the sky in a completely virtual way but with great realism: in fact, the stars and virtual planets in the programs will be in the same position as their real counterparts, without even the need to find a place far from the sources artificial lights.
With a little luck, we can also watch the falling stars (simulated with realistic frequency) and simulate an eclipse of the Sun or Moon, so as to study the most fascinating celestial phenomena.

Most astronomy programs are free and allow you to access a simulated celestial vault in every detail, with all the stars already cataloged by astronomers and the real movements of the planets and satellites.
The most interesting programs also allow you to move from one planet to another in our solar system and to simulate (via script) some of the most famous celestial phenomena such as eclipses and the rain of falling stars (Perseids and Geminids).

One of the most famous programs that we can use for our astronomy studies is Stellarium, available for free for Windows, Mac, and Linux.

With its over 600,000 stars present and over 80,000 deep-sky objects (galaxies, star clusters, and nebulae) it is currently a real point of reference for anyone who wants to study the celestial vault in a realistic way.
Among the best-known features we find the simulation of the days (we can take us to a specific day of any year), the translation system on the various planets of the solar system, and the ready-made scripts to simulate lunar eclipses and solar eclipses (total, partial or annular ).
The program can be expanded with other stellar catalogs, so as to increase its precision and be able to really see all the stars cataloged by the scientists.

One of the best alternatives to Stellarium is Celestia, which is also available for free for Windows, Mac, and Linux.

With this program, we will have over 100,000 cataloged stars and over 10,000 deep space objects available, with an innovative interface that allows you to zoom in on any planet and any galaxy to be able to observe it from “very close”, also thanks to the high-resolution photographs of every surface or every celestial body studied by man.
Celestia also offers various scripts to be able to simulate a space mission on the Space Shuttle (in orbit around the Earth) or to be able to follow one of the probes sent by a man to space, so as to study closely what they saw during their journey outside the system solar.
Like Stellarium, we can also install add-ons to add many more stars, galaxies, and nebulae to study.

If we are looking for a program for the study of space and planets produced with the help of ESA (the European Space Agency) we recommend you try Gaia Sky, available for free for Windows, Mac, and Linux. 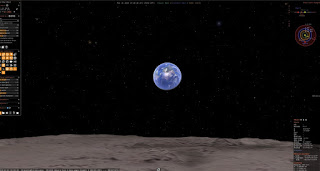 With this program, we will be able to view every star, galaxy, planet or celestial body studied by astronomers in a truly complete interface.
In addition to being able to use the program as a real virtual telescope, we can freely explore the surface of the other planets and satellites present in the solar system, explore the entire Milky Way (zooming infinitely until leaving the boundaries of known space) and use even the viewers for virtual reality (VR) to be able to immerse ourselves in 360-degree space exploration!
Difficult to compete with such quality: for us, Gaia Sky is probably the best program for studying astronomy.

Another very interesting program for studying astronomy is Cosmonium, available for Windows, Mac, and Linux.

In addition to all the advantages seen on other similar programs (such as exploration of planets, galaxies, and nebulae anywhere in the solar system), Cosmonium offers an interesting function to generate the universe through procedural analysis: in fact, the artificial intelligence of the program (connected to the Internet) allows you to generate exoplanets from scratch, so you can explore new planets never seen before. Each visit inside the Milky Way will turn into a real space adventure, with the possibility of finding new planets generated on the spot by the program.
We can consider Cosmonium as the meeting point between a planetarium and a space game since there are characteristics of both worlds.

So far we have seen programs that work like interactive planetariums, but if we want to play with the stars and planets, we recommend trying Universe Sandbox, available as a paid game on Steam. 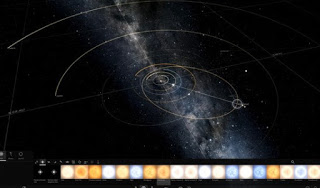 By installing this game we will have a real galactic level Sandbox, in which we can do anything we can think of: explore every planet in the solar system, change position to the planets, create new star systems from scratch, move and collide galaxies and black holes, move the Earth away from the Sun, place two Suns, etc.
The only limit is the fantasy, considering that this simulator offers a high realism on every element added on the screen: therefore we also pay attention to the orbital mechanisms and the physics of the particles and celestial bodies before moving or adding anything!

As good astronomy enthusiasts we can set up our virtual telescope directly on our computer, trying all the programs in this guide: practically all of them are available for free and with an open-source license, therefore they can also be used in academia or business.
If we want to give free rein to our imagination, we can also buy the indicated game, so we can recreate our star system, experiment with black holes, and play with planets and stars!

In addition to the programs, you can also use websites to explore the cosmos, such as those visible in our guide Online telescope to explore space, stars, and sky in 3D.
If instead, we wanted to observe the celestial bodies from our smartphone or tablet, we can try one of the apps in our article Astronomy app to watch the stars.

Find duplicate files and compare the differences between images and texts

Google Photos: a convenient restyling of the Library menu UI in roll-out