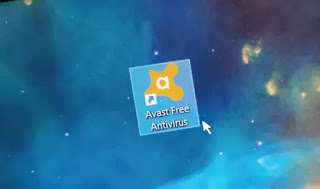 A very important news released in recent days concerns the famous Avast antivirus platform, caught in the collection and sale of users’ web browsing data to companies such as Google, Microsoft and others. The joint investigation conducted by VICE and PCMag, which investigated leaked documents from the subsidiary Avast Jumpshot, showed how the free antivirus program Avast spies on users. Once installed on a user’s computer or smartphone, Avast behaved exactly like a computer virus, monitoring every single click and stealing information about web browsing activities without the user’s knowledge. Jumpshot would then repackage that data and sell it to companies. In addition, the report states that Avast, in many cases, would also have collected information about accessing adult websites and saved information including the date and time of the visit, search terms used and, in some cases, even videos watched by part of the user.
A few days later, Avast, now cornered, said that it will no longer sell user data to its subsidiary Jumpshot, apologizing for the incident and liquidating Jumpshot itself.
At this point, even if Avast did not go against the law because, even if in a very unclean way, each of its operations is done after asking the user’s consent (through here acceptance forms very difficult to read and understand) , it’s obvious that, who has used and still uses Avast antivirus today to protect his PC, he can not help but remove this program or, since it is still a reliable antivirus, to remove consent to data collection.How to keep Avast as antivirus without spying on user activities
Given that, as I see it, after a similar behavior, the Avast company should be punished by uninstalling any product that bears this brand from any PC or smartphone, if however you are comfortable with the antivirus and want to keep, it is necessary change some settings to block data sharing on your computer.
These options are located within the program under the section General> Personal Privacy and they are suits to be disabled.

If, however, you are disappointed with this news and you no longer want to trust Avast, then you should remove it completely and replace it with another antivirus.
My advice is always to leave Windows Defender as antivirus for Windows 10, already active, pre-installed and absolutely reliable today even according to experts.
After uninstalling Avast you can check that Windows Defender is active by opening the Windows 10 settings, going to the section Update and Security, then on Windows security, press the button Open Windows Security. The important option to check here is that the Virus and threat protection is active. In this case, the computer is protected from viruses and no other programs need to be installed.
In addition to Windows Defender, it can be a good idea to install and use the program every now and then MalwareBytes Antimalware, the best one to do antivirus scans, which can be used for free and does not require you to stay running all the time, but only during its use.

If you prefer an external program, in Windows 10, Windows 7 and Windows 8, you can see the list of best free antivirus, from which, however, the Avast antivirus should be excluded, for the data collection scandal and then also Avira and AVG, which have not been caught in fragrant, but whose free versions of antivirus are full of advertisements and it is almost certain that they also have they collect data in their programs.
The best options are, therefore, BitDefender Antivirus free, which is a light version of the BitDefender paid antivirus, without any advertising, and then also Kaspersky. Both of these free antivirus use the same protection as the full version, only without other accessories and advanced features. They are therefore more than good for protecting a Windows computer, without the risk of being spied on. Both Kaspersky and BitDefender, in fact, do not make money by collecting data but only by selling their products (unless other scandals come out).

As for smartphones, once again saying how much every antivirus, including that of Avast, is almost useless for most people, referring to the list of the best free antivirus for Android, in case you feel the need to have more protection.