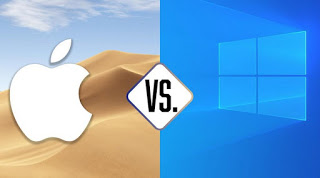 Nowadays it is really useful to make a challenge between a PC and a Mac or are the two systems now so simple that they can be used equally by a beginner user?
Maybe some time ago we could talk about two very different operating systems, but today they have increasingly similar characteristics and the differences are so few that it is also useless to make a class comparison of this type since we will inevitably end up preferring one or the other. ‘other also according to our personal tastes or our work needs.
We see in this guide a bit of history on the challenge between Mac and Windows and, coming to the latest versions, we see why Macs are now complete personal computers without any difference with the classic PCs with Windows 10 installed.

Is there really a difference between Mac and PC with Windows?

In the following chapters, we will see a bit of history of the two operating systems together and we will show you what the similarities and (few) differences at the hardware and software level are, so as to fully understand why it is no longer necessary to make too many comparisons between these systems.

The word PC simply means “personal computer” and, at the dawn of computer science, the system that had become more widespread was the IBM compatible PCI.e. computers that were compatible with the IBM architecture (very widespread at the time and where all programs ran).
After a while the first Macintosh appeared and, in the course of its evolutions, it showed substantial differences not only at the software level but above all at the hardware level.

The evolutions of the IBM PC compatible they had chips Intel x86, while the various Macintosh they were washing gods PowerPC processors, with a completely different architecture so as to make it impossible to install Windows on it as, vice versa, you could not install macOS on a PC. The difference, in those computers, was not only the operating system but also in the internal architecture of the machine, which made the programs developed for Windows on Mac incompatible (they had to be designed all over again to run on PowerPC to obtain Mac compatibility).
Since 2006 Apple has started to replace PowerPC (now obsolete) with Intel’s x86 chips (and with the new x64 versions) and there is no Mac today that does not have an Intel processor, that is the same that we can find on modern PCs with Windows.
This step made it extremely easier and faster to bring a Windows program to Mac, eliminating the distance between the two operating systems in terms of compatibility with a given application.

Today Mac and PC have practically the same internal components; some people may think that the hardware of a Mac is very different from the hardware of any PC, but in reality, the motherboard is practically identical (at best it is adapted for the particular cases of smaller Macs, such as Mac Mini) and the processors (based on Intel Core i3, i5, and i7), the banks of RAM (now all mount the DDR4) and the storage systems (hard disk, SSD and lately M.2) are identical. 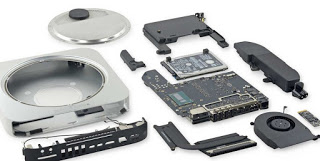 Although in the Mac world the motherboard is called “logic board”, it is basically the same thing and has the same functions as a motherboard for Windows laptops.
When we choose a Mac, the best available on the market at the time of sale is offered, so we will always have high-quality Macs, fast and able to open and manage any type of application.
The only real difference compared to a Windows PC is that the hardware provided on Macs is “closed”, that is, it is not possible to change or upgrade the components (before it was possible, but on the new models we can hardly change anything without going to an Apple center). 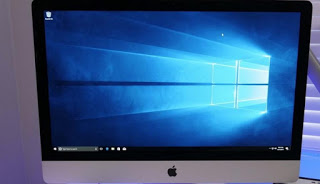 The operation is very simple and allows you to have both operating systems running on a single Mac, so you can choose from time to time what to start between Mac and Windows.
Install Mac OS X on Windows it is a more difficult operation (in jargon it is called Hackintosh) and not really certified; if we want to try macOS without wasting too much time we can create a suitable virtual machine as seen in our guide How to install Mac OS on Virtualbox (on Windows PC).

From the point of view of security and stability, Mac is slightly superior to Windows: Apple develops macOS to run on specific and closed hardware (chosen by itself), therefore the system will always run fast and snappy even after years of use; from a security point of view, most programs can be found on the App Store (safe and controlled) or we can install only DMG certified by Apple, so as to drastically reduce the risk of contracting a virus on Mac (less common than those for Windows).
Fortunately, Windows 10 has become a very mature system and, thanks to constant updates and integrated antivirus, it is in fact almost safe when a Mac!

READ ALSO: Windows vs. Mac comparison: which system is better?

The use of an identical architecture between PC and Mac has cleared the application problem: in fact, every famous program has a Mac-compatible version, on which it presents very few differences (almost all on a graphic level). 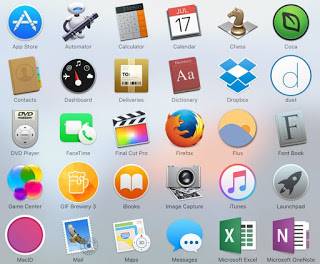 We can, therefore, install the Microsoft Office suite to manage documents but also Google Chrome, Google Drive, Mozilla Firefox, Dropbox, VLC, Telegram, WhatsApp, Adobe Reader, and the photo editing and video editing programs already seen on Windows.
When downloading a new program, be sure to click on the button MacOS, so as to download the right version for our operating system.

In the comparison between PC and Mac, in the past, we had pointed the finger at Apple for its high prices, but thinking carefully about this price is justified by at least three elements:

It is true that there are Windows PCs of 300 Euros or less, but their internal hardware is often old or in any case of poor quality, they would never compare with a Mac of 799 € (the lowest price we can find).
Anyone looking for a level laptop and more expensive will find a lot cheaper to buy a MacBook Air or an Apple MacBook Pro. This is because a Windows Ultrabook with practically the same hardware can cost the same (from € 1200 upwards), so you might as well spend these high figures for a Mac!
If, on the other hand, we are looking for a simple computer to work or surf the Internet, we can avoid using the traditional (bulky) PC case and focus on the New Apple Mac mini (€ 948). 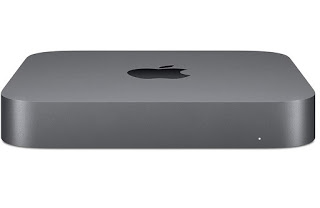 If, on the other hand, we are looking for a computer to play video games or to be able to perform very complex 3D operations, it is better to focus again on computers with Windows, such as the one seen in our guide. How to build a game console with PC pieces.

As we have seen in the various chapters there are no greater differences between modern Macs and PCs with Windows 10: we can choose one or the other indifferently, knowing that much of the choice will depend on our personal tastes and our work needs or personal. In the end, it’s just a matter of brands,

If we are new to the Mac world and want to discover various tricks and optimizations, we recommend that you read our guides carefully Cheats and functions for Mac OS less known is How to optimize your Mac and maintain MacOS.