Home Android Best Android 11 Features: How to Get Them on Any Phone 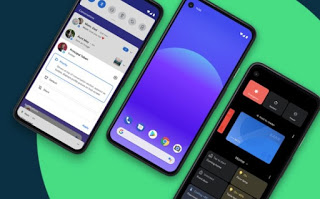 As every year, Google updates its Android operating system by introducing many interesting innovations and optimizing all the functions seen with previous releases, so as to bring the user experience to a new level and fight on equal terms with the rival of all time, iOS (the reference system for iPhones and increasingly competitive also on the customization side).

If we can’t try Android 11 immediately and we are intrigued by the new release, you have come to the right guide: here we will show you in fact the best features introduced with Android 11 and, to make it more complete, we will also show you how to get the same features on any android smartphone, so you don’t have to buy a new generation Google Pixel or wait for Android 11 to arrive on third-party phones.

As mentioned in the introduction, in the following chapters we will show you what are the major innovations that can be found on version 11 of the Android operating system and, for each feature, we will also show you how to get it on any Android smartphone that has at least version 7.0.

Among the most important security innovations on Android 11, the temporary permits: when an app asks us for permission, it can be temporarily provided until the app is closed; this will allow us to provide very important permissions for only a short period of time, without fear that the app can reuse it when not in use or after a long period of activity. 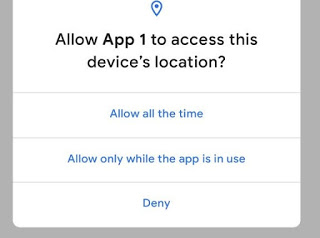 If we want to introduce this feature on any modern Android (released in the last 2 or 3 years and with Android 7 or higher) just download the app Bouncer, available for free in the Google Play Store and able to completely replace the permissions system integrated into Android, so as to be able to provide customizable temporary permissions (we can also provide permission for a certain period of time, as well as limit it to closing the app ).

How many times will it have happened to us to have closed a notification by mistake and not to have understood which app it was referring to? On Android 11 this problem is overcome since one is the available history of notifications that appeared on the phone, so you can always identify an app notification or understand which message has not been read. 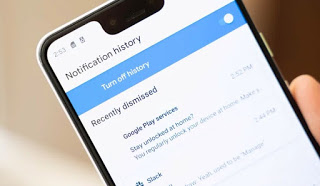 To be able to integrate the notification history on any Android smartphone, simply download the app Notify Keeper, available for free from the Google Play Store and able to introduce this feature even on very old phones (the minimum support is Android 4.4).

With Android 11 we can finally record everything that happens on the screen of our telephone (to create the guides and to provide assistance) with the possibility of also record audio via the built-in microphone, so you don’t have to use third-party apps. 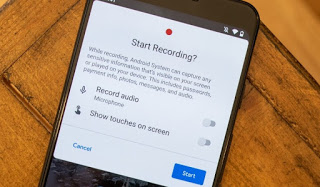 Since up to Android 10 this feature was only obtainable via the app, we find many alternatives to record the screen even on older phones; for this purpose, we advise you to download the app AZ Screen Recorder, available for free from the Google Play Store.

On Android 11, one of the most popular features on Facebook Messenger was introduced at the system level, namely the bubbles for chats (Chat Bubbles); with them, we can receive notifications and respond to chats while using another app, as they will appear as superimposed bubbles (on which to click to reply). 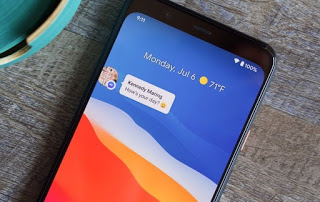 Among the novelties of Android 11 we also find a new multimedia application control system: when we open Spotify, YouTube, or similar apps, a quick check window directly in the android drop-down menu, next to quick settings. 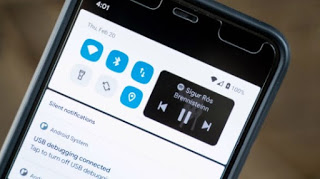 We can introduce this functionality to any Android smartphone by installing an app like Power Shade, available for free on the Google Play Store and able to offer maximum customization for the notification bar and for the screen with quick shortcuts.

Even if this function is not an absolute novelty (it is present for example on the new generation Samsung), Google has also adapted and with Android 11 allows you to schedule activation of dark mode or dark mode, so you can activate it at night or at any other time of the day 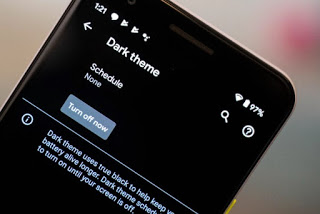 Many apps already allow you to plan dark mode (or Dark Mode), as also seen in the guide How to activate Dark Mode on Android and iOS apps; but if we want to plan this mode for the entire system we can rely on an app like Dark Mode, available for free on the Google Play Store.

While these features will make the fortune of the new Pixels and all devices that will boast Android 11 as an operating system, it doesn’t mean that users with older versions of Android have to fall behind! With the apps, we have recommended we will be perfectly able to benefit from the most interesting features of Android 11 without having to buy a Google Pixel or any new generation phone with Android 11 built-in.

If we want to get the new Android 11 at all costs, we suggest you read our guides for Android updates: who faster among Samsung, Huawei, Xiaomi, and other manufacturers? is Check for updates on Huawei, Samsung, and Android mobiles.