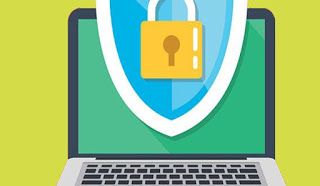 While the Mac is considered to be much more secure than any Windows-based PC, the types of threats and malware that can target Apple’s operating system have increased in recent years. Given its growing popularity in offices and homes, many malware is designed to do damage to Macs too, in particular by raising super-user permissions where not required or by hiding dangerous code fragments within the system, so as to be able to spy on every action of the unsuspecting user; in other cases, Macs can become vehicles for spreading Windows viruses throughout the home or company network, thus becoming unaware “greasers” (just connect the Mac to the network with all Windows PCs to spread the infection).In order to use Mac’s complete safely on any type of network, antivirus and security programs designed specifically for the Apple system have been born in recent years; let’s find out in this guide integrated security tools and the best antivirus for Mac.

Which antivirus to choose for Mac

We have collected in this guide the tricks to be able to get maximum security without installing anything on Macs and, for those who absolutely do not want to give up an additional safety system, we have collected the best security software for Mac that we can install for free and or payment on our precious Apple computer. The choice between a paid solution or a free solution depends on our needs: if we are looking only for an antivirus or if we want to work alongside a complete protection system, with the addition of new modules (such as anti-ransomware or parental control).

If we have no particular fear of catching new viruses but still want to keep the Mac or MacBook safe, we can also do without installing a third-party antivirus (which only takes memory and resources) and increase the level of security by applying the following tips (all very simple).

There is an advanced security system on the Mac called Gatekeeper, capable of blocking the launch of all third-party apps that have not received any certificates from Apple itself. This system is sufficient to keep all the viruses circulating on the Mac at bay since certificates are issued only for apps present in the Apple Store and for a few selected companies (which certify their apps every year to run them without problems on Mac, for example, Adobe and Microsoft). To check that Gatekeeper is active we open the Apple menu at the top left of the desktop, we open the menu System Preferences, let’s get to the menu Security and Privacy and, in the General tab, make sure that the voice is active App Store and developers identified under the section Allow apps downloaded from.

If the check is not present or it is not clear if it is active, press down on the padlock, enter the system password, and put the checkmark on App Store and developers identified.

In addition to Gatekeeper, we can maintain the security of the Mac by downloading and installing all the updates proposed by Apple, so that we can immediately correct any security flaws and prevent the execution of malware capable of “bypassing” Gatekeeper. To check for new updates, press the icon of the bitten apple at the top left, press the menu System Preferences, click on the menu Software Updates. 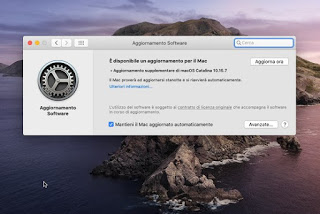 If there is a new system update, press the Update now button and wait until the Mac or MacBook is completely restarted; if, on the other hand, there is no update, make sure to check the item Keep your Mac updated automatically, we press the button Advanced and we activate all the entries for automation so that the next update is automatically downloaded and installed (when we leave the Mac on and do not use it for at least 15 minutes). To learn more, we invite you to read our guide How to update a Mac.

If not even the security systems integrated into Mac are sufficient to protect you from web threats, it is worth installing one of the antiviruses that we have reviewed below, so as to be able to intercept malicious apps, scam links, and any other type of threat.

In the panorama of security programs for Mac, one of the best choices against all types of viruses is offered by the company Bitdefender, which provides its Bitdefender Antivirus for Mac, with a free 30-day trial version.

By focusing on the Bitdefender security system, we will provide our Mac with a lightweight antivirus, with minimal impact and able to automatically block both threats from files downloaded from the Internet and malicious links that can be opened by mistake while browsing the Web, ready to infect or modify the behavior of the browser or other PCs on the network. The scanning engine effectively blocks any malware designed for Mac and Windows, thus offering an effective security system in any scenario and with any corporate network.

Another valid antivirus that we can install on our Mac is certainly Kaspersky Internet Security for Mac, available for a fee.

With Kaspersky we will have a complete security suite that can block all threats coming from the Internet and other PCs in the local network in advance, we will have an advanced security system to use when we make online purchases or use bank sites and a blocking system to prevent spying via webcam or other tracking tools such as keyloggers. Kaspersky’s built-in antivirus engine is by far one of the best as it blocks all kinds of recent threats including exploits, spyware, ransomware, and other threats that normally infect Windows PCs.

Among the free antivirus that we can install on our Mac certainly stands out Sophos Antivirus Mac Home Premium.

In addition to offering an effective scanning engine capable of immediately blocking viruses, trojans, worms, bots, potentially unwanted apps, it also integrates a Web protection module, capable of blocking threats from browsers even before opening any link ( using the SophosLabs blacklist database to block connections to compromised or dangerous websites), and a web filter for minors, useful for configuring the sites that minors can visit, similar to the parental controls seen in our guide Parental Controls and Parental Controls on PC and the Internet: 5 Ways to Keep Kids Safe.

Another good free antivirus that we can install on our Macs is Avira Free Antivirus for Mac, which offers essential protection without having to spend anything.

With this antivirus, we will have all the power of the Avira detection engine at our disposal to stop both Windows compatible malware and malware that can infect Macs. A fast and rapid scanning engine, allows you to always keep definitions up to date in a completely automatic so as to always receive the latest antiviral signatures. With this antivirus, we will also block very dangerous threats such as spyware, ransomware for Windows, and rootkits, a real threat for all Mac devices.

Always taking a cue from the antivirus present on other operating systems we can try Avast Security on Mac.

With this antivirus installed we will get free protection against all Mac-compatible threats, scanning of files to be sent to Windows PCs, and interception of threats coming from e-mail and web browsers. Excellent automatic recognition of the most common threats such as spyware, Trojans, worms, and so on, even if designed for Windows (we can thus prevent the infection from spreading without our knowledge by using emails or links to the internal network).

Another well-known antivirus manufacturer provides its own Mac-compatible version; we are talking about AVG which allows you to download AVG AntiVirus for Mac.

By installing this security solution we will be able to benefit from the AVG intelligent scanning engine capable of blocking threats that undermine our privacy, our personal data and ready to spread to other PCs on the network.
Good threat recognition system, which also allows you to block extensions and scripts capable of blocking the Mac or slowing down its execution (especially using browsers other than Safari).

If we are looking for one of the best antiviruses that can be installed on a company Mac or used mainly for work, ESET Cyber ​​Security stands out, available for a fee.

The innovative ESET scanning engine allows you to block threats without having to manually intervene, thanks to the artificial intelligence system working through the integrated cloud service: the antivirus will know what to do in every situation, protecting the Mac-like no other from threats. The scan engine allows you to analyze any type of disk (even on the network) and to protect against unauthorized intrusions on both the Mac and other PCs on the network, reporting any anomalies or threats present on it (we can discover the PCs well in advance Windows already infected on the network). Definitely one of the best products that we can install on a Mac to increase the security of the entire system and network and to block ransomware, spyware, and other threats in one go.

Even if the Mac is considered a safer platform than computers with Windows, we cannot let our guard down and we must protect our personal data and our files from threats that can directly affect the Mac or exploit it to infect Windows PCs on the network.

If the Mac is slow despite periodic scanning with antivirus, we can try to speed it up by reading our guides Speed ​​up MacOS and avoid slowdowns is How to optimize your Mac and do MacOS maintenance.
If, on the other hand, we have caught a virus that is particularly difficult to remove, we can save our personal data and restore the Mac as indicated in our article How to reset/reset Mac and reinstall macOS.

How to activate Parental Control on PC, smartphone and modem

How to eliminate yourself on the internet

How SIM Swap works and why it is dangerous

Extensions for Whatsapp Web on Chrome