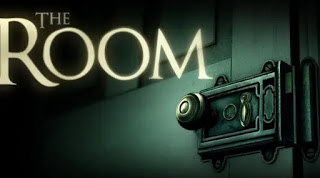 Among the best puzzle games, one of the most successful genres in the app stores is the so-called Room Escape (run away from the room) o escape games, where you have to explore rooms and rooms, look for hidden objects, move mechanisms and find exits to escape from a room. In some cases, it is an adventure with a beginning, a story and an ending (sometimes even with different episodes like a TV series), while in other cases it is real puzzle games with increasingly difficult levels, each with its scenery and a closed environment from which to escape.
Below, we see then best Room Escape games for Android and iPhone, free as always.READ ALSO: Best adventure games with story and puzzles for Android and iPhone

1) Adventure Escape, for Android and iPhone, is a series of escape games by Haiku Games where the protagonist tries to solve a mystery. The games in the series have nice decent graphics, simple mechanics and not bad textures. There are nine games in total, each of which can be downloaded for free with in-app purchases that only serve to have tips for solving puzzles.

2) Cube Escape: Paradox, for Android and iPhone is one of the best puzzle games ever for smartphones, with very elaborate puzzles in which you have to be careful of every single detail, an engaging plot from TV series, rooms to escape from, well-kept graphics and even gloomy music to add tension to the games. If you like the first episode, you can go on in the series by downloading the other episodes.

3) Faraway 3: Arctic Escape, for Android and iPhone is one of the latest escape games that is part of the Faraway series. Players solve puzzles to escape from each area and continue the adventure. For those who do not want claustrophobic environments, this is the ideal game since it is set in the ice. The free version comes with the first nine levels.

4) Can You Escape?, for Android and iPhone is the first episode of the series of one of the best escape games ever. Each game in the series puts us in a dangerous situation from which we can solve puzzles. The point-and-click mechanism is simple and allows you to discover hidden objects and find solutions to puzzles.

5) The Room (not free but can’t miss in this list), for Android and iPhone it is a bit the icon of the Room Escape genre, where you really have to explore every detail of a room to find a way to escape. Each The Room game has a very carefully designed room full of puzzles to understand. Puzzles can be quite complex, with a plot and several endings.

6) Escape from the Titanic, for Android and iPhone is one of the best puzzle games with millions of fans worldwide. There are no specific instructions to follow, you have to be smart and sharpen your wits for the tragedy of the most famous shipwreck of all time. The first episode is free, but to unlock the epic full version you have to pay.

7) Escape the Mansion, for Android and iPhone: is the house haunted or a killer lurking somewhere? For those who want a tense and suspenseful game with horror elements, this is one of the best Escape Room games. Escape The Mansion has a series of puzzles and mini-plots inside that make everything very challenging, with some suggestions to be collected along the way to solve the puzzles. Escape The Mansion has over 220 levels and excellent sound effects to scare you away.

8) You Must Escape, for Android and iPhone brings some of the most difficult puzzles to an Escape Room, where you have to escape from rooms closed by doors seem completely blocked. Levels are easy at first, but after a while they get really complicated.

9) World’s Hardest Escape Game, for Android and iPhone is the most difficult Escape Room game, for real experts of the genre. Super challenging, there are difficult puzzles to get out of closed environments where you get trapped. Logical thinking and reasoning skills will be tested to the limit, which is why it is considered one of the best escape games.

10) Spotlight: Room Escape, for Android and iPhone is a game full of dramas and adventures: the player is kidnapped by unknown people, so you have to investigate the kidnapper and the motive by collecting clues, developing an escape plan and then running away. a floor and escape from the exit.

11) Escape game: 50 rooms 1, for Android and iPhone is another very popular Escape Room and played all over the world, with very good graphics, objects are realistic, many puzzles to solve and 50 different free levels. If you like, there are also other episodes in the series to continue the challenge.

12) Rhymes – room escape game, for Android and iPhone is another nice escape game, with good graphics, storyline, well thought out puzzles, realism and three different endings based on the decisions made in the game.

Switch from Android to iOS and transfer data to iPhone

How to encrypt files on PCs and smartphones