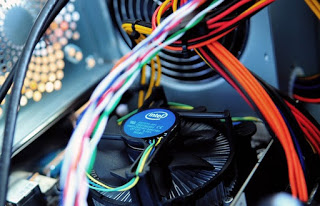 Each PC has a cooling fan positioned above the processor which helps to dissipate the heat generated by the latter, in particular when we play or when we run very heavy programs (for example a 3D graphics program, video editing, or photo editing). This fan can start spinning very quickly and consequently make a lot of noise, to the point of making it impossible to work or even just watch a movie on the computer screen.
If we too have come across this situation, we are in the right guide to solve the problem once and for all: here we will show you how to choose a new fan for PC, we will also show you the best-fixed PC fans that we can buy online (always saving something compared to physical stores) e some tips on how to mount it instead of the old fan, without even asking for the help of a computer technician.READ ALSO: Manage the PC fans for better cooling and airflow

In this detailed guide, we will take you to discover the fans inside our computers, so that we can discover together how they work and which can also be replaced by users without the help of a technician (to be taken into consideration, however, if we are in difficulty or if we don’t know where to get our hands).

How many fans are inside the computer?

On computers actually there are many additional fans, in addition to the one reserved for the processor: in order to create an effective air flow, there is usually an air extraction fan (usually located at the rear of the case) and an air intake fan (positioned on the front of the case). 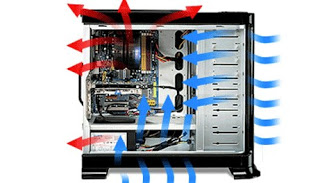 These fans are still very important but hardly need to be changed: just a thorough cleaning every 2-3 months from the powder to make them effective again.
The processor fan, on the other hand, is vital for the operation of the computer, since without the processor it would “melt” (in reality modern processors go into automatic block as soon as they exceed a certain temperature).

How the processor fan is made

The processor fan is not directly connected to the CPU body, but it adheres to another temperature control tool called heatsink: the latter is the real cooling system for the processor, which brings the heat of its surface into contact with the air. The fan so it aims to speed up the passage of air in the heat sink, cooling the metal components and allowing to remove as much heat as possible from the CPU.

On some heatsinks, it is also possible to place two fans (one inlet and the other in emission), so as to make the passage of air even faster and cool the processor in a tremendously effective way, even with high frequencies and loads.

A quality cooling system does not necessarily mean having a “fan” or a helicopter fan, just as it does not always have to run at maximum speed (the noise would increase dramatically).
To get a good cooling to the point that you can make your PC really silent it is better to focus on a large heatsink: in this way, it increases the cooling surface in contact with the CPU and, to remove the heat collected, just use a small fan or a fan at low or very low speeds (depends on the processor load). 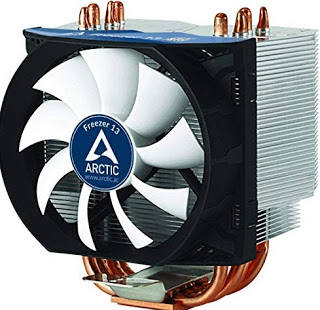 Obviously, in order to place a generously sized heatsink, a case with a lot of available space is required, but the result is guaranteed: with a large heatsink the computer will become very quiet and the fan will run at very low speeds even when we watch a movie or play games. our favorite game!

So far we have seen all the air cooling systems for the CPU, but for those who want an even more effective cooling system, they can focus on liquid cooling systems, increasingly popular especially on gaming PCs. 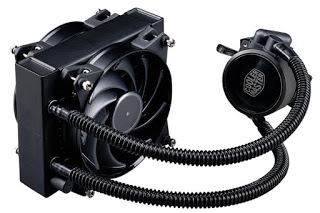 Also in these cases, there is a fan, which has the task of dissipating the heat taken from the cooling liquid (which circulates in an airtight closed circuit): in this case, the operation is completely similar to that of a car radiator!
The CPU heat is transferred to the copper plate of the primary heat sink, which in turn transfers it to the liquid that circulates in the tubules; the heated liquid reaches the secondary heat sink (radiator) which removes the heat towards the outside with the help of a fan.
With this system, we will obtain ideal CPU cooling at any load, but we must take into account the noise of the pump that circulates the coolant (however lower than an old fan full of dust and which runs at maximum speed) and the risk of breakage: if the coolant escapes, we risk a short circuit or a fire of the whole computer (rare event but to be taken into consideration).

If we are users who do not focus on aesthetics, if we do not overclock and do not want to spend too much, a large air cooler is more than enough to obtain a good level of cooling.

Compatibility of the new fans

Whenever we buy a new heatsink with its fan, we make sure that it is compatible with the CPU socket we own: there is nothing worse than buying a heatsink that does not hook on our processor! 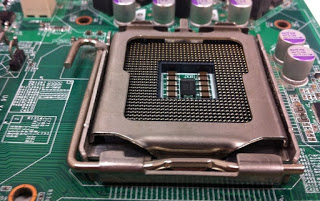 To find out the socket on our computer, we recommend using the free CPU-Z tool or using one of the programs seen in our guide Know the computer hardware and the individual pieces of the Windows PC.
If the PC does not start, we will necessarily have to disassemble the old heatsink and remove the CPU, so that we can find out the name and series of the processor; always themed CPU we can learn to recognize them using our guide Differences between Intel and AMD processors and Intel Core i7 and i5 CPUs.

Now that we really know everything about computer fans, in this chapter of the guide, we will show you how to choose the best-fixed PC fans, obviously focusing on models with a large heatsink and with an effective and silent fan. If we want a liquid cooling system, at the end of the chapter we will suggest some products that are valid for home use and easy to assemble.

This good heatsink is compatible with all modern sockets and boasts a 92mm PWM fan, 3 copper heat pipes, semi-passive system (the fan does not start at low revs) and has a pre-applied high-performance thermal paste ( we will not even have to get our hands dirty or understand how much to put on, being ready for use).

Another effective heatsink for home use is the Cooler Master Hyper 212X (35 €). 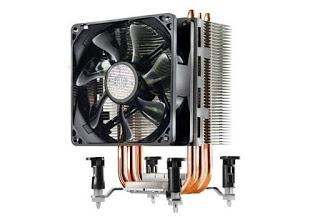 This heatsink is equipped with 3 direct contact heat pipes, allows you to add a second fan to increase cooling efficiency, and supports practically all the sockets of Intel (Intel LGA 1150/1151/1155/1156/775) and AMD.

If we are looking for a heatsink to play PC or to start very heavy programs, we can rely on the Noctua NH-U9B SE2 (€ 49).

If, on the other hand, we are looking for an efficient liquid cooling system that is compatible with all the houses and sockets on the market, we recommend that you focus on the ARCTIC Liquid Freezer II, available in a single fan version (€ 64) and in a double fan version (€ 97). ). 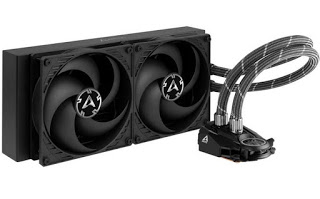 Both systems are very powerful and effective thanks to the liquid with an electric pump and one or two 120mm fans, but the dual fan version allows you to hold the overclocked processors without fear of any damage (obviously the noise will increase). The single fan version is perfect for a ready-to-use gaming PC, like the one visible in our guide Most Powerful PC Ever: Better Hardware Parts Today.

How to mount the new fan

Assembling the new fan is all in all very simple and will take you just a little time (estimated 30 minutes if we already have everything we need).
First, we turn off the PC and remove the socket, then we disassemble the side panel of the case and access the internal area of ​​the computer; once the heatsink has been identified, we will remove it, using the side pins on the fixing support (in most cases, just pull each pin-up and turn) and disconnect the wire that supplies the fan with electricity (check where it is located the socket FAN_CPU since it will be used for the new heat sink). 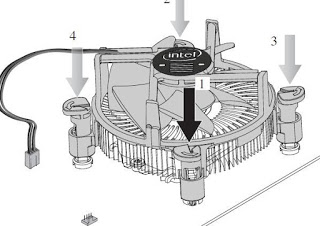 Once the old heat sink has been removed, we will remove the residual pasta ends from the processor, using a cotton swab or a cotton swab soaked in isopropyl alcohol (€ 15). Once the surface is clean, we wait just 5 minutes for the alcohol to dry, then we place the new thermal paste (on models on which it is not already pre-applied); if we are looking for a quality thermal paste we can buy a tube of ARCTIC MX-4 (10 €). To apply this paste, the rule of “do not abound” applies: we try to place a drop as large as a grain of rice or a little more in the center of the CPU and let the drop expand with the new heat sink, positioning it on the supports and locking it in place. 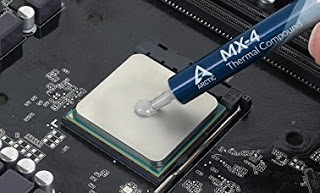 Now all that remains is to connect the fan power cable, close everything and restart the PC: if we have done everything correctly, the computer will start immediately and we can immediately appreciate the silence and efficiency of the new fan.

NOTE: on liquid-cooled systems, we will have to replace the rear fan or take advantage of the slot dedicated to double fans, not always present on the houses. In these cases, it is better to get help from a computer technician in the assembly.

READ ALSO: How to change fans on the computer

Choosing a new fan for the PC is really very simple: it is enough that the heatsink is large enough, that it enters the case in our possession and that the fan is adequate! Following all the advice proposed in the guide, we can immediately choose our new fan heatsink and enjoy a less noisy, more efficient and reflexively more performing desktop computer.

To learn other rudiments in assembling a personal computer, we recommend that you read our guides How to assemble the PC, assemble the parts and build a computer from scratch is Building a perfect PC to buy on Amazon.
If the problem of noise and cooling involves laptops, we can read the suggestions proposed in our article on how to Solve Laptop Cooling Problems.

How to speed up the extraction of ZIP and RAR files

WhatsApp wants to reaffirm its use of end-to-end encryption

What are the current Wi-Fi standards we are using