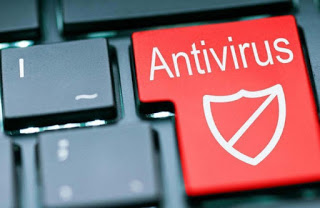 For most people who use a computer with Windows 10, a free antivirus may be enough to protect the computer from infections and malware that float on the Internet. If it is true that paid antivirus suites have many extra features (for example to protect children online, manage security on smartphones, the firewall, and other things) but these are precisely the extras that we users can choose to integrate into our system (paying) or not supplementing, contenting ourselves with basic protection (more than enough in most cases).In this article, we will show you the best free antivirus for Windows PC, based on reviews found online and especially based on tests provided by very reputable sites like AVTest and AV-Comparatives.

READ ALSO: Should You Pay For An Antivirus?

In the following chapters, we will show you what are the parameters to take into consideration to evaluate all the free antivirus that we have included in the guide. Since there is an integrated antivirus on Windows 10, we have also created a chapter dedicated to it, so that we can carefully evaluate whether to keep it or replace it with a third-party antivirus.

To judge an antivirus in a way that everyone can understand (without having to do a scientific article) we must take into account at least 6 parameters before making any decisions. A good antivirus in fact:

In addition to these parameters, all very important when it comes to antivirus, we must also consider the ease of use, the user interface, any usability problems, and the presence of bugs, errors, and incompatibilities.

Is the antivirus built into Windows 10 enough?

By now all users know that Windows 10 has a built-in antivirus called Windows security (Also known as Windows Defender), accessible from the Start menu or Settings. This antivirus is lightweight, works well, remains hidden, and offers maximum protection against all kinds of viruses, especially the most dangerous ransomware. Windows Defender is therefore sufficient to defend the PC from any malware, without the need to install another antivirus. 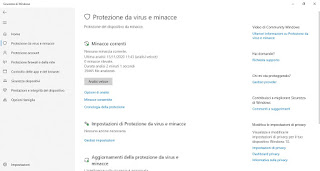 With the basic settings, it already offers excellent protection and updates automatically thanks to Windows Update (which on Windows 10 it is always convenient to keep active). To learn more about the use of this antivirus, we invite you to read our guides How to use “Windows Defender” antivirus is Enable Ransomware Protection in Windows 10.

If Windows Defender is not enough to guarantee us the desired protection on our home or business computer, below we have collected the ratings on best free antivirus for PC, so as to be able to choose the best system to use also based on our needs in terms of safety.

The most powerful and balanced free antivirus we can try on Windows 10 is Kaspersky Security Cloud – Free, available from the official website.

This is the free version of the famous paid antivirus Kaspersky; even in the free version, it defends itself very well thanks to real-time protection, automatic updates, anti-malware scans, and web and email protection. The program is quite light on the PC and works very well especially since Kaspersky’s detection engine is always one of the best ever. This is one of the best free antiviruses ever, with an intuitive and understandable interface, a lightweight system performance impact, and Kaspersky’s unbeatable anti-malware protection. It has no extra features and is very essential, but for those who don’t need anything else, it stays the best free antivirus on this list.

If we are looking for an antivirus that is really simple to use and light in memory, we suggest you try Bitdefender Free, available from the official website.

Bitdefender is a lightweight antivirus with a very simple and effective interface (within the reach of even novice users) equipped with automatic scanning, real-time protection, antivirus, and antiphishing. There are very few manual controls in this program, few settings, and options; on the other hand, it updates automatically and allows you to scan manually when needed. This free version has the same protection as the paid full suite and in the latest tests, AV-Test was found to be the best, with a 100 percent success rate against malware attacks. Its scans are lighter on the system than Kaspersky’s but offer fewer options and for example, you cannot schedule a scan
As a free antivirus, it is a perfect choice, especially on a relative or friend’s PC, to have an “install and forget” solution.

Another very famous free antivirus that offers an excellent level of protection is Avast Free Antivirus, available from the official website.

Avast Free Antivirus is one of the most widely used antiviruses in the world, with an excellent reputation and top scores in performance and security tests. The program installs quickly and displays a clear interface with easy access to all features. You can do manual scanning and there is real-time protection on web traffic, emails, P2P traffic, chats or instant messengers, network traffic, scripts, and even behavioral monitoring that predicts viruses even if they are not known. Avast updates itself automatically when new virus definitions are available. Besides being a reliable antivirus, it also includes free extra features that other antivirus programs don’t have, such as VPN (limited access). Avast’s main flaw is its slow scan times and the fact that it’s not exactly the lightest antivirus.

Another very famous antivirus since the days of Windows XP is AVG Antivirus Free, available from the official website.

AVG shares the same great malware detection engine as Avast (Avast owns AVG) while having a much lighter system performance impact. On this antivirus, we find good real-time protection, a manual scanner, and a link scanner to protect internet browsing against malicious sites. There is also the protection of incoming emails and antispam but there are no protections against rootkits. The impact on the system is very light with little memory consumption even if the PC will turn on in a few more seconds. The scans are quite fast and, after the first one, the others become lightning fast with high virus detection accuracy. AVG’s biggest flaw is that it has been busted in the past to install unsolicited spy plugins, thus posing privacy issues that could recur.
To learn more about the use of this antivirus we can read our official guide.

If we are looking for a fast, quick, and effective antivirus we can focus on always green Avira Antivirus Free, available from the official website.

Avira is a great antivirus, very powerful, and reliable. It is also the most customizable free antivirus with more functions, such as the password manager, even if they can often be activated only by buying the paid version. In recent years, however, Avira has lost competitiveness with respect to its competitors and while until two years ago it could have been considered the best free antivirus, today it remains among the least popular on this list.

The ones we have shown you so far are the most famous and effective antivirus that we can install on Windows 10; this does not mean that there is no other equally effective and powerful antivirus! Let’s see below other interesting antiviruses to try:

To say that antivirus is the best ever is not possible today, but we can say that Bitdefender and Kaspersky are certainly at the top in every parameter: if we really need to install a third-party antivirus, better bet on one of these two products. Personally, I don’t install any of these, I keep Windows 10 with Windows Defender, in order to keep the system light, but aware that I always have to pay attention to where I click (but this also applies if you install the most expensive and powerful antivirus that c ‘is). I remember that we talk about antivirus with real-time protection, you should never install two together on the same computer, otherwise, they would collide and create instability.

If we want to use an antimalware for an additional scan (useful against spyware and programs that hide) or an emergency scanner in case of infection, we suggest you read our guides Best Anti-malware to find even hidden spyware is Portable Antivirus & Emergency Virus & Malware Scanners: Top 10.

Divide the cost of Netflix, Spotify, or other paid sites