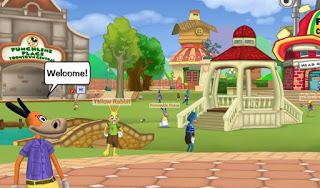 Although most of the younger boys and girls (we speak of ages from 8-10 to 15-17) prefer to play on smartphones and tablets, for those who still use the computer it is still possible to find very funny games, especially social ones, of MMO genre or where you can live a virtual life.

Among the many games, we dedicate this article to kids by reporting 9 online games to play via the browser that, for graphics and gameplay modes, they are aimed especially at young people.
It is above all games that are characterized by the social component and the possibility of being able to measure oneself and to be able to dialogue with peers from all over the world.

While we have already seen the best multiplayer PC role-playing games in a previous article; here we see the role-playing and virtual life games best suited to young people, boys, and girls who love videogames and fictional characters.
These games are all free for PC, which require the registration of an account, sometimes to be played as Flash browser games (to be activated).

1) Poptropica perhaps the best Massive Multiplayer Online game for kids and children.
The game was released recently in its “browser-game” version, which is played directly from an internet browser such as Chrome and Firefox.
In this huge multiplayer online role-playing game, players travel to different islands to complete missions, play and read comics, as well as compete and communicate securely with other players.
For each island they complete, players win credits and medallions that can be spent in the Poptropica shop, where they can buy costumes and other items for their avatar.
Currently, there are more than 20 islands, all free.

2) ToonTown Online it was a Disney game, today still one of the best online games for kids and teens.
The game is completely free, with 3D graphics, where you have to create your own cartoon character that will have to go around the virtual world and fight against the bad guys you encounter.
During the game, missions are fought, bad guys are fought and lots of minigames are played, which are the most fun part of the game to spend a few minutes of leisure, without too much involvement.

3) Club Penguin is a huge multiplayer online role-playing game.
Using cartoon penguin avatars, players explore a virtual winter world and can play as many mini-games to earn coins as they spend in the site’s virtual store.
Players can play a limited version of the game for free or purchase season tickets for unlimited access.

4) Fantage is another nice game for boys and especially girls, where you can create the avatar and live virtually with other people you can chat with, change clothes, play mini-games and collect pets.

5) Avakin Life is a virtual life game with avatars to characterize and customize according to your tastes, to take around the world.

6) Between best online games for women and girls, we remember here: Stardoll, where to create your own doll, dress her up, make her up as you prefer and then interact with other people in the chat and then also Lady Popular, the best game for those who are passionate about fashion and clothes, in Italian, where the aim is to find the best look for their virtual model.
In addition to creating clothes, it is also possible to furnish your home, take care of pets and then find yourself a boyfriend with whom you can get engaged.

7) Moviestar Planet is a game similar to Stardoll, less characterized in fashion, where you can play virtually become rich and famous like movie stars.
In the game, in addition to having to interact a lot with others to make themselves known, you also have to shoot as many movies as possible, obviously in a virtual sense, using your character.

8) AnimalJam is a social network for younger kids, also suitable for children, where it is possible to learn and play using the figure of a personalized animal.
The game, also available on iPhone and Android, allows you to meet new people to play safely, with a guarantee offered by the game’s managers that aim to keep bad people away.

9) Habbo is a historic game of virtual life where kids from all over the world have known each other for years, meet with avatars and chat.
The game is still very much alive, with events to attend and lots of work to do online.
For its cartoon-style graphics, Habbo remains ideal for younger kids and there’s no risk of running into unsuitable scenes.
The game also offers support for the parents of the players, to understand what it is about and be quieter.

In another article, best online and multiplayer shooting games.

Only for children, educational and interactive games to learn while having fun.

Prevent Facebook from looking at the history of visited sites