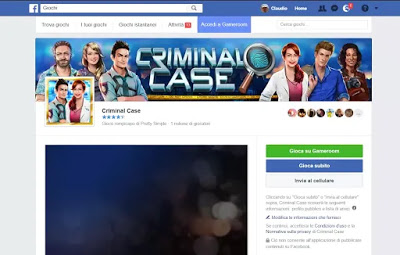 Let’s go back to our beloved and hated Facebook to discover one of its most used aspects by registered users and, in my opinion, one of the reasons why this social network platform has had a huge success: multiplayer online games.
Initially, the Facebook games were terribly annoying for everyone, because they continually sent invitations to play to everyone and published status updates automatically on the results obtained.
Today the games are more “reserved” and it is possible to play with friends without bothering those who are not interested, to have fun online like in the most well-known game sites.
Some games are very beautiful and fun, excellent, often with a graphic difference but above all with an extremely competitive and fun online gameplay due to the ease of dissemination and word of mouth that Facebook offers among its users.
Below we discover some of the best Facebook games, the most popular in the world, the most played, multiplayer and social games.

1] ONE is the UNO card game that you can play in multiplayer mode on Facebook by challenging friends.

2] Words with Friends is one of the most popular word finder games like Ruzzle or Scrabble, where friends and other people challenge each other online.

3] Scarabeo it’s just the classic game where you guess words, to play in social multiplayer mode.

4] Criminal Case is the game that turns everyone into investigators, with more than a million people trying to solve complicated police cases at the CIS.

5] SongPop, the game where you guess songs as fast as possible.

6] Draw Something it is the game of drawings, where you have to guess what you are drawing in the shortest possible time.

7] FarmVille is the game where you have to develop and pull up a farm. The job consists of plowing a field, sowing it and then harvesting the fruits and plants.
There is fake money to spend very carefully and intelligently so as not to go to a broken bank and to grow as an entrepreneur farmer.

8] Train Station was to run a train station.

9] Candy Crash Saga, the famous game where to align candy, is online on Facebook.

10] Bubble Witch Saga 3, a variant of Candy Crush, similar to Puzzle Bubble, very fun to which we have dedicated an article.

11] Bejeweled Blitz, game similar to Candy Crush, without candy but with jewels.

12] Mahjong Trails, a very colorful re-edition of the famous Chinese game of bricks.

13] Monster Buster, another puzzle game similar to Candy crash, where you can combine colorful monstrous animals.

14] Card games to play along with other people on Facebook are Scopa, Briscola and Burraco, in addition to One already mentioned above.

15] The Solitary Solitaire Blitz, for those who want to play alone.

17] Biotronic is an exciting game where you have to put gems in a row to make a row of equals so that it disappears as quickly as possible.

18] Sports Heads Football is that one-on-one game where you have to hit the head ball to send it into the opponent’s goal and score goals.

19] Extreme Road Trip is a game where you have to run a car in a 2D path, making it jump without tipping it over.

20] Trial Xtreme 3 is a 3D game where you have to make motorbike evolutions.

21] Castle Clash is a very popular game where you can create an army and conquer enemy territories.

22] Jurassic Park Builder was to build a dinosaur park.

23] Dead Trigger 2 is a 3D shooter on Facebook, which you don’t believe is free and online.

24] Dragon City is one of the most played games ever on Facebook, of strategy with dragons to raise and train.

25] Tetris multiplayer on Facebook: is the Tetris to challenge friends and see who is better.

26] pokerist is one of the best Texan Poker games against users from all over the world.

28] 8 Ball Pool is the best pool game you can find on Facebook.

29] Guitar Flash, was to play songs by pressing the right notes like in Guitar Hero.

In other articles are presented:
– board and board games to play on Facebook against your friends.
– The best virtual games similar to Second Life
– The best browser games, strategic online games

WhatsApp: Community news is also being developed for Android