17 awesome free to play and PvP games to download to play multiplayer games against other players online from PC, Xbox or Playstation 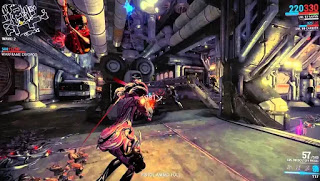 Almost all the most played multiplayer games today are free to play, with free access to all games without limitations and the possibility, for those who want, to spend money. The important thing, for a free game is who does not want to pay for any upgrades to buy with real money, can still be competitive against the paying players.
The best PvP games are available in all shapes and sizes, with the simple pleasure of interacting with other people around the world in common. Whether it’s frontline warfare or head-to-head battles against monsters or terrorists, video games wouldn’t be the same without a group of people rushing to kill each other or collaborating together to complete a mission.
Between best free games to download on PC Free to play and multiplayer, of those who entertain everyone, both paying and occasional players who don’t want to spend a penny, we see here the best of the moment, those with more players and those who best interpret the PvP (player against player) genre.READ ALSO: Best Multiplayer games for Android and iPhone

In this list, the best free action games to download on Windows PC, Xbox and Playstation to play, all updated and with many online players, strictly multiplayer.

1) Call Of Duty Warzone, is the latest of the free to play games of the Battle Royale genre, with games against all in open space for up to 150 players all together. With the mechanics and brutality of Call Of Duty games, this is perhaps the best multiplayer shooter action game for PC.

2) Destiny 2, free for PC, Playstation and XBox, is one of the most beautiful games ever, with game modes both PvE (ie against the computer) and to fight against other players in PvP. Every mission completed, every boss killed and every PvP game won contributes to earning rewards for having more powerful equipment and improving your strength.

3) Apex Legends, for PC, XBox One and PS4, is one of the most successful Battle Royale games, with shooter battles against other players facing each other together. In Apex Legends it is also possible to speak to other players using the microphone. Apex Legends is focused on teamwork, with 20 teams of three people fighting until there is only one invite left.

4) Fortnite it can be considered the progenitor of battle royale games, becoming today a symbol brand also for the merchandising of T-shirts and gadgets of all kinds. The game, free of charge, is not only a shooter all against all, but also a building and sandbox game. with its light handwriting and with a much less violent dynamic than Call of Duty, Fortnite is the multiplayer game most played by children and young people.

5) Dota 2 is League of Legends (free for PC only) are two sacred monsters from the world of multiplayer video games of the MOBA genre. These are games that take a long time, where you literally immerse yourself in an online virtual world with other people with whom you can team up to collaborate or fight.
These two games have also become battlegrounds for professional players, attracting an audience of almost four million people for the LoL Worlds semifinals in November 2019 and with a prize pool of as much as $ 34 million for the Dota tournament, the biggest jackpot in eSports history.
League of Legends is the most played game in the world for many years, Twitch’s most viewed game of 2019, with around eight million players playing together on average every day (Dota 2 has 400,000).

6) Team Fortress 2 It can be considered a classic of the multiplayer genre, released in 2007 it was one of the first free PvP shooter games and inspired Fortnite and above all the Overwatch game (which is not free and cannot be included in this list).
Of Team Fortress 2 I had already written another article several years ago and although the game has changed a lot since then, it remains among the best free to play games for PC, with a rich visual design, nice characters and a class interaction that is decisive for winning games .

7) Counter-Strike: Global Offensive is a giant in the world of video games, available for PC, XBox and Playstation, with an overwhelming story and very high level graphics, it is certainly one of the best multiplayer games on PC. Thanks to regular updates there are over 20 million players every day who engage in this fast, serious, and also very tactical shooter.

8) Warframe, free free to play for PC, XBox and Playstation, is one of the most played shooter games in the world, with a third person view (combining the futuristic science fiction aesthetics of games like Mass Effect and Halo), fast and frantic action, many enemies all together and characters (called Tenno) who wear futuristic armor, guns and swords.

9) Unreal Tournament is the oldest of the first-person shooter games all against all, released with a new free to play version for a few years, with a frenetic pace, various game modes and a very elaborate map design.

10) Modern Combat 5 Blackout is a multiplayer shooter for Windows PC (also Android and iOS), more traditional, visually impressive, with a futuristic style and fast-paced game dynamics. If you are looking for a new shooter, this free Modern Combat 5 has everything a game of this genre should have. Its game modes, combat mechanics and leveling system will immediately feel familiar to players accustomed to first person shooters. The games are incredibly fast, without lag, despite the number of players. The impact of the fighting is felt, where you can almost feel the power of weapons.

11) SpaceLords is a third person shooter with a lot of action and fast-paced team gameplay, with a very particular and accurate graphics.
Science fiction Spacelords can be downloaded for free from both Steam and the Microsoft store for Windows 10.

12) World of Warships, World of Thanks is War of Thunder are similar war games widely played online on PC, all multiplayer and free to play. Depending on the game, you can play World War II with war planes, tanks or ships, with 3D graphics and lots of action. World of Tanks is definitely the best of the three, with teams constantly struggling to gain tactical positions on each other, where they can face off against enemies and protect their allies.

13) Let it Die, for PC and also for Playstation, is one of the most hardcore games on this list, a grueling hack-and-slash game, a thrilling race to fight evil creatures and enemies. When you die, game data is shared with other players and becomes their enemies. Free action games like Let it Die aren’t common at all, so it’s worth a try.

14) Killer Instinct is a fighting game, different then from the usual shooters, a bit similar to Mortal Kombat and Street Fighter, free for PC and Xox.

15) BrawlHalla, for PC, Xbox and Playstation, is a free to play fighting game with 2D view and cartoon graphics, very funny, similar to Super Smash Bros. The goal is to eliminate other fighters from the map. The game is fast and fast, easy to learn and not demanding, with many game modes, maps and always varied battles.

16) Paladins: Champions of the Realm, for PC, Playstation and Xbox, is very similar to Overwatch and Team Fortress, with four character classes and a card-based loading system that adds strategic depth.

17) PlanetSide 2, to which you dedicated a review several years ago, is still a level FPS game, with three factions fighting to control important territories and earn resources. The most interesting thing about Planetside 2 is that battles can often take days, even weeks, because they are huge.

Unsubscribe from the internet and remove all registered accounts