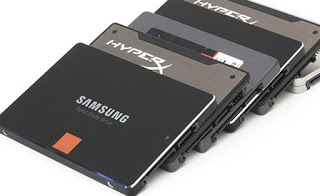 If our computer, even new, starts to slow down when programs open and during startup, the problem is often due to the poor performance of the mechanical disk (or hard disk), a real “bottleneck” on all modern computer types. To be able to unlock the maximum speed on our computer (especially on laptops where HDDs are even slower), we recommend installing an SSD, a new generation drive in which the mechanical parts are absent and where the data is stored in memory chips, exactly as it happens on smartphones and tablets. In this guide, we will show you then all the advantages of betting on an SSD for a computer e the best SSDs to buy to make your PC run as fast as you’ve never seen it before!
At the end of the guide, we also collected useful guides to move programs and operating systems from the old mechanical disk to the SSD, so that you can immediately resume work.

READ ALSO: Most reliable hard drives that last and do not break

Why choose an SSD?

The SSD disk is a drive with solid-state memory, meaning that data is saved in memory chips (as is already the case on smartphones and tablets). The lack of magnetic plates and magnetic head (indispensable components of the old mechanical disk) make it extremely fast during reading and writing, as well as being very resistant to external stresses (such as light bumps). The difference in performance between an HDD and an SSD is huge and incredible, with the computer that becomes fast almost like a smartphone in turning on, turning off and executing programs. The performances become so high even on computers with more than 4 years on the shoulders, to the point of being able to unbalance and advise everyone to install an SSD on their machine, so as to be able to see the differences.
Recently, a new version of SSDs has begun to spread, with different looks and superior performance: we are talking about the SSD M.2 or NVMe, in the form of a narrow and long card and with the exposed chips; this card must be inserted in a special slot on the motherboard (so do not connect with a simple SATA cable). 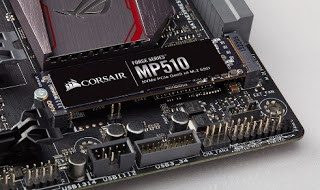 obviously we will have to have a motherboard compatible with M.2 in order to take advantage of this new version of the SSDs: if you have this possibility, take advantage of it immediately, as the write and read speeds can more than double compared to SSDs with SATA cable.
In this regard, we can deepen the discussion by reading our guide on What are M.2 SSDs, how they are mounted and where to buy them.

How to install an SSD

The classic SSD supports the same cables as a mechanical disk (SATA cable and SATA power cable), so even mounting it on a fixed PC is very simple: we only have to access the case (obviously after removing the power socket from the computer ), remove the cables that hold the old hard drive and place our new SSD in its place.
On portable computers, we will have to identify (in the lower part) the access door to the disk, so as to be able to remove the present HDD and place, in the dedicated housing, the new SSD. 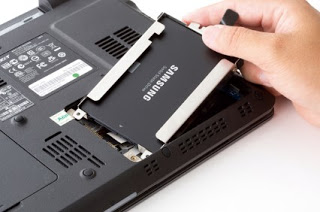 Alternatively, we can always keep the mechanical disk on the laptop and take advantage of the optical reader housing to get the necessary space for the SSD, as well described in our guide SSD on the Laptop, instead of the hard disk or DVD player.
The M.2 SSDs are really simple to install since it is sufficient to place them in the dedicated slot (under the processor, next to the PCI-Express sockets or in a dedicated laptop slot) to be able to use them on our computer.

After a brief overview of what SSDs are and how to install them, let’s see the best together SSD disks to buy for our computer. We will show you both the best classic SSDs (with SATA cable) and the new M.2 SSDs, so you can choose the most suitable drive for our motherboard and our needs. As a capacity, we advise you not to go below 500GB, since prices have become really affordable for all budgets.

Aiming at an SSD will allow you to speed up program execution and computer startup like no other type of update: this is why we advise you to do it as soon as possible, even before thinking about replacing the CPU or increasing the RAM (also useful but only if there is a fast SSD in the system). After buying a new SSD, we can move Windows to SSD without reinstalling everything so as to benefit from the higher speed without having to reinstall the operating system and programs again (without forgetting personal files).

The old mechanical disks can “recycle” them as external USB disks, where to save files and backups; in this regard, we invite you to read our guide on How to connect disks to the PC via USB: SATA adapters, cases and docking stations. If we are looking for maximum speed even on portable disks, we recommend reading our article at Best portable external SSDs, so you can benefit from the performance of the SSD even when we use external USB disks as a backup or to move large files.

Tricks for Whatsapp Web on PC on site and Windows app

How to change the fan speed in Windows 10

Convert Videos, from MP4 to DVD and from DVD to MP4