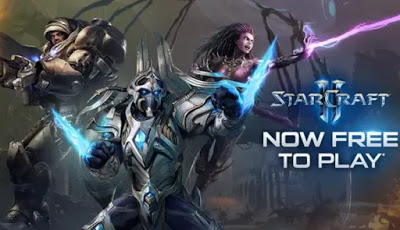 If there is a type of game that works well on PCs, it is the strategy games of the genre RTS (Real-Time Strategy), where time is a key factor and where it is often played in multiplayer mode, with games against other real players, where you play using the mouse for hours and hours.
There are war strategy games of various types, sometimes turn-based, sometimes built like card games and other times with a free world to explore in which to grow and expand your skills as a commander.
What makes PCs even higher than consoles today is this type of game, especially because in some cases they can be played for free and without spending a penny during the game.
Below we see some of the best free PC strategy games not just to start, but also to play and win without having to pay and get your hands in the wallet.

RTSs are a great way to spend time on the PC, which exerts the mind more than any other kind of video game.
RTS games require their players to put a lot of work and energy into winning, you need to build the bases, upgrade the units, collect resources, increase them and use them wisely, study attack and war tactics as experienced military generals.
The hardest part of all is that this must be done with limited resources and in a limited amount of time.
The players have no control over the pace of the game and the time available to them, so the more they are present, the better.
The most rewarding part of playing RTS games is definitely the time when you defeat another player or the opposing team thanks to our best strategy.

Below, we see the best free RTS strategy games for PC

1) Hearthstone
It has been since the days of Texas Hold’Em that a card game did not gain so much popularity in the world.
This Blizzard game currently has over 25 million people playing every month, with continued growth.
The game is very similar to those card games to collect (like Magic), each with heroes, to form a deck of 30 cards to use to beat opponents who will have heroes with different abilities.
Hearthstone takes all the best elements of table card games and makes them digital with games actually related to the case, where usually the best and the one who has prepared a deck of cards with more varied and stronger warriors wins.

2) League of Legends
In 2012, I wrote about how the League Of Legends was the most played game in the world.
I don’t know if he is still today, but it is certainly still a very popular game, with 110 million people playing every month, who can challenge each other for free and without internal payments creating competitive advantages.
In League of Legends, two teams of five players fight on a battlefield to kill each other and to kill the neutral monsters present.

3) Starcraft II
Starcraft is one of the first real-time strategy games in history, preceded only by other famous titles such as Command and Conquer and Age of Empires.
Starcraft 2 is still the king of the RTS genre with perfect mechanics and a game that is always evolving thanks to patches and expansions.
Starcraft II Arcade is a version of the free game full of fan-made maps, very engaging and fun.

4) Stronghold Kingdoms
This is a game that mixes elements of Civilization V and Clash of Clans, with players having to develop their village so they can conquer other empires or defend themselves from enemy attacks.
It starts with a small castle, some workers and few resources to use to develop to enlarge the borders and expand its expansion.
there are player alliances to organize more targeted attacks and get some protection.
Although the graphics are a bit dated and even if the game is quite old (from 2012), it is still one of the best free strategy games.

5) Epic Arena
Epico Arena takes everything we love from the Heroes of Might and Magic series and merges it with Magic the Gathering, the collecting card game.
This turn-based strategy game puts us face to face against our opponent and requires a certain intelligence and skill in positioning and movement of available soldiers that can be very different from each other: magicians, warriors, fast thieves, and others.
Upgrades and upgrades can be gained after every win and even after defeats.

7) Spring: 1944 is still under development and is set in the Second World War.
There are 4 sides (Great Britain, United States, Germany, and USSR), with weapons and fighters designed in a historically precise and accurate way.
At the moment you can only play with German and British troops in a war of pure tactics, in an absolutely realistic environment, with a 3D graphic that immerses players in the war scenarios of the time.

8) Zero-K is a dynamic and more action game with the tactical component always in the foreground.
Perhaps the most impressive aspect of this game is the hundreds of units available that shape the tactical choices and the final outcome of the game.
Seen from above, in 3D, it seems to witness a real battle with numerous armies colliding with machine-gun shots and bombs.
Zero-K also requires paying attention to resources even if the economic simulation component has been lightened.

9) World Of Warships is the most beautiful naval war game, where you become the commanders of one of the most powerful naval fleets in the history of world wars and you fight by arranging the various types of ships strategically against the enemy.
Players split into two teams on the battlefield and must find the ideal way to inflict a decisive blow to the enemy.

10) Dota 2 deserves to be reported also in this article as a strategic MMO game, with players divided into two teams that must try to destroy the opposing fortress.
Dota 2 is one of the most played role-playing games in the world, with battles seen from above in which the strategic component and cooperation between players is fundamental.

11) AirMech Strike is an extraordinary strategy game already described in another article, which is distinguished from the others by the fast action of the game where you drive a flying mech on the battlefield.
In AirMech players must control an aerial mech that can suddenly turn into a huge robot armed with a lightsaber and shield, guns and rockets.

12) OpenRA is the game for lovers of great classics, a constantly updated open-source strategy game that incorporates the model of the well-known Command & Conquer, one of the most popular and historic RTS strategy games.

13) Battle Of Wesnoth is a free open source strategy game, in shifts, free and without any internal payment system.

14) Unknown Horizons, an open-source RTS game to build a city.

15) FreeCiv, the free Civilization clone, one of the most famous strategy games of all time.

Free other real-time strategy games have been reported in other articles as:
– war games and strategy to command armies on the battlefield
– strategy games of military tactics and Risk-style warfare
– Strategy games, villages, and battles similar to Clash of Clans
– Best Browser Games, online role-playing games, strategy, war, and alliances
– Strategic games “Tycoon” where manage companies, administer empires, countries, and cities
– Simulation and management of transport in the city