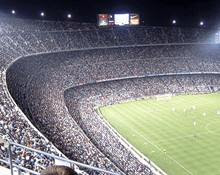 Except for rare exceptions, sports video games today are played mainly on smartphones and tablets because they are portable and because thanks to sensors like the accelerometer and the touchscreen the active fun is always high.
Let’s see then a small list of the best sports games available for iPhone / iPad and for mobile phones (Samsung Galaxy, HTC One, LG etc) and tablets (Nexus 7, Asus Pad and others) Android trying to privilege the free ones but also citing the best ones at payment that, for a few euros, could merit the purchase.

Best Football, Tennis, Golf and other sports games for Android and iPhone

3) Virtua Tennis Challenge of Sega is the best title for tennis fans.
The game in 3D is played on the screen of Android smartphones and on iPhone or iPad in a perfect way, with an absolutely realistic sporting dynamic, with the best players in the world competing in 18 world tournaments.
The game also supports double with the cooperative mode so you can play a game together with a friend using the Bluetooth or Wifi connection.
For this reason, Virtua Tennis is one of the best sports games you can find.
Unfortunately, it is not free and costs about 4 Euros for iPhone and Android.

4) Ultimate Tennis is the free alternative to Virtua Tennis, with the same gameplay, high-level 3D graphics and, above all, the ability to play in real-time against high-ranking people playing in highly entertaining and challenging tennis matches.

5) Stick Tennis for Android and for Android and Stick Cricket, on Android and also for iPhone, are two sports games by the same developer, very funny, fast and dynamic, characterized by the design of very thin players like toothpicks.

6) Golf Clash, for Android and iPhone, is another popular and much faster Golf game, with very funny one-on-one challenges.

7) Baseball MLB Innings 19 is the game for those who want to play Baseball on the iPhone and on Android which also stands out because it’s free.
MLB PERFECT INNING 19 is one of the best baseball games for smartphones where you can even train a team and compete with other online players.

8) 8 Ball Pool is free Billiards on iPhone, iPad, and Android already described in another article, fun and very nice to see.

9) Bowling, Darts and Pool Games on Android and iPhone I’m in another post.

10) Table Tennis 3D is the best free Ping Pong or table tennis game, fluid and very fun to play with your finger on the screen, available for both Android and iPhone and iPad.

11) King mini golf is the game of Mini Golf very graphically nice, all in 3D, very relaxing and perfect as a pastime.
3D MiniGolf is free for iPhone and Android

12) Glow Hockey it is not really a sports game but it is always a very entertaining competition game room, where you can play in two on a single screen, trying to score goals to the opponent by pushing the puck with your finger.
Glow Hockey is the best free Air Hocket for Android.

12) For the archery, we have beautiful game Archery King of Mini Clip for iPhone and Android and then to Archer world cup free for iPhone and 3D Arch for Android, are the best archery games, which can be played online against other players, in a real-world tournament.

14) The 10 best basketball and basketball games for Android and iPhone are listed in another article.

15) Madden NFL Mobile, for Android and iPhone, is the EA American Football game, with real NFL teams and players.
The game is not sport played, but based on collectible figurines.

16) Matt Duchene’s Hockey Classic, for iPhone and Android, it is a great hockey game played, where you guide players in a game with the field seen from above.
The game can be started for free, although to unlock the teams you need to buy it.

17) Golf star is perhaps the best Golf game for Android and iPhone, very realistic, in 3D, easy controls and game modes with a progressive career.

19) Badmington League
Although Badmington is certainly not the popular sport in Italy, this is a super fun game, which can also be played in a two on one with a friend. Badmington is similar to Tennis, only the ball (which is not a ball) travels much slower. With a 2D view in horizontal, it is easy to play and the one who makes the most points with smash wins.
Badmington League is free for Android and iPhone.

READ ALSO: Play on your PC using your mobile as a joypad with Chrome SuperSport