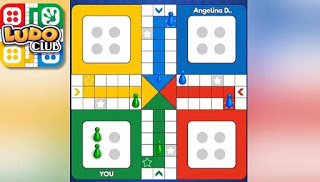 Table games, those that are played in a sitting position and usually based on a central scoreboard and dice rolls, can now also be played using a smartphone or tablet (certainly better in some cases).
The best thing is that these table games for Android smartphones and tablets and also for iPhone and iPad can be played at any time, for free, without carrying around boxes, simply by downloading them from the Store.
Next, we discover the best board and board games on smartphones and tablets, Android or iOS, including the classic ones that everyone knows and others new and original, to play with friends together on the same screen or using two connected devices.

READ ALSO: Games to play together on the same screen

1) Parchisi STAR Online (Android and iPhone) is practically the game of Tavoliere or Ludo (see Wikipedia for the rules), for 2 or 3 or 4 players.
You roll the dice to move 4 coins on the board, you can play in a team or alone, and you have to move the piece starting from the corner through its respective paths.
Since each player has four tokens, the first to get them to the central space is the winner.
During the game, to further increase energy levels, there is a magic trunk that allows you to win up to 50k of gold.
To make it more fun, you can send messages or emojis to other teams.

2) Backgammon (Android and iPhone) can be played on a smartphone or tablet in different versions.
In Backgammon it is played in two that throw data, in turn, to move the pieces through a triangular path.
You can play against another player on the same screen or against the computer.

3) Lady (Android and iPhone) is the most well-known strategy game in the world, with two players having to move forward, in a diagonal direction, the pawns eating those of the other according to the free spaces it leaves, diagonally.
Whoever eats all the pieces of the opponent wins the game.
There are various versions of Dama, including the basic game with an 8 * 8 board with black and white pieces and 2D and 3D views.

READ ALSO: Play Chess and Checkers on Android and iPhone

4) Domino (Android and iPhone) is the famous strategy game where you have to match the various numbered tiles on the board, matching the numbers.
If you don’t find a number to match, then the card is held by the player and becomes a negative point.
Whoever stays with more cards in hand, has lost.

5) Battleship (Fleet Battle) (Android and iPhone) is one of the most played games in the world because it can also be done with a pencil and a piece of paper, ideal at school and at any time to pass time.
The aim is to sink the opponent’s ships, pecking and guessing the (hidden) coordinates in a more or less large grid.
In this game, with beautiful 3D graphics, you can win games against the computer to earn points, ships, and rankings or play with a friend.
Try also Sea Battle 2 (Android and iPhone)

6) Carrom (Android and iPhone) is an Indian board game (see Wikipedia), with a board, coins to move and holes in the corners.
On smartphones and tablets the game is in 3D, very nice to see and play with a friend or against the computer.

7) Risk (Android and iPhone) is the most famous strategic war game in the world, where to move tanks and pull data to conquer the countries occupied by other players until the global conquest.
On smartphones and tablets, you can play with friends or against the computer.
The official Risk Global Domination game by Hasbro, for copyright reasons, is not available in Italy, but the Android version can be downloaded from the APKPure website.

READ ALSO: Board and company online games: Risiko, Monopoli and others

8) Pandemic (Android and iPhone) is a board game with cards for one or two people, where an epidemic must be stopped before it is too tarsi.

9) fillet steak (Il Mulino) (Android and iPhone) is another well-known board game also in Italy, with a board and pieces to move.
You can play against the computer or against other players in multiplayer mode.

10) Guess who (Android and iPhone), the famous game where you have to ask for clues to find the character hidden by the opponent, you can play in two, one against the other, as in the real board game.

11) The game of the Goose (Android and iPhone), the most classic of board games with dice where the one who arrives first at the end of the scoreboard wins, is available on smartphones and tablets in a special version full of unexpected fun, for adults and for children.

12) Monopoli (Rento) (Android and iPhone) is an unofficial but very similar version of the famous board game where to buy houses and hotels and try to earn as much money as possible from the opponents.

13) Force Four (Android and iPhone) is the classic board game where you can match 4 disks of the same color, trying to block the opponent’s combinations.

14) Tic Tac Toe (Tris) (Android and iPhone) is a great success among the games in the Google Play and iTunes stores, to play Tris against the computer or against a friend.

15) Hangman (Android and iPhone) is the game where you guess the word before the figure of the hangman is complete, suitable for everyone, perfect to play with the family and with children.
This is one of the best word games for the iPhone and Android.

How to enter Zoom when you receive an invitation