Home Technology Buying a network NAS Storage: what is it for and how much...
When we need to keep a large number of files and documents between different PCs it pays to have one handy common area, which all computers can access and effectively store data without having to leave Windows PCs or Macs running all the time (consuming a lot of electricity). This common storage space on the LAN is called NAS, a network device capable of hosting large mechanical disks (at least 2TB) and making them available as shared network folders for all computers and other devices on the network.In this guide, we will therefore see what can we do with a NAS, what does having one even in the home environment entail (even if we get the best in offices and business environments) and the best models to buy without spending a fortune, also because professional models can cost a lot, especially those that can accommodate many mechanical discs.

READ ALSO: Using a PC as a NAS file server with FreeNAS

Before buying a NAS for your network, let’s check what they are the advantages of this type of device, what we need to add to a NAS in order to function correctly (for example create a RAID), and finally the inevitable Buying Guide of the best models available on Amazon.

What is a NAS

The NAS (Network Attached Storage) is a network storage device capable of share storage space between all the devices connected to your router. You can think of the NAS as a large mechanical disk accessible from any device: we can therefore save files, computer backups, and multimedia contents (video, audio, photos, etc.) in this common space knowing that we can access them at any time, even from other computers, smartphones, and tablets.
One or more hard disks can be housed inside the NAS (depending on the models), with the possibility of configuring them in different ways according to needs (as a single storage space or as multiple back-ups via RAID).

Advantages of owning a NAS

The advantages of owning a NAS can be very numerous, especially if you want to replace the fixed PC always on and let it act as a file server (in fact the NAS takes all the functions).

How to set up a NAS

Depending on the number of available slots you can use the disks in different ways, the NAS itself will ask you which method to use to use two or more disks (on models with more than two slots).

To learn more about the use of RAID, we suggest you read our guide How to combine multiple discs into one.

The hardware of a NAS

A good NAS must be fast enough to dispose of data between all the disks inside. For this reason, we must pay close attention to the list of features to check before buying a NAS.

After seeing some of the advantages of NAS and the features to consider, in this chapter, we will find some affordable models that we can buy online on Amazon (which has more than competitive prices). All the models that I point out to you are within the reach of the home user, without necessarily having to bother the professional models intended for the office; some have no hard drives inside, while others have ready-to-use discs.

The first model that we recommend viewing is the Asustor AS3102T v2, available on Amazon for less than € 300. 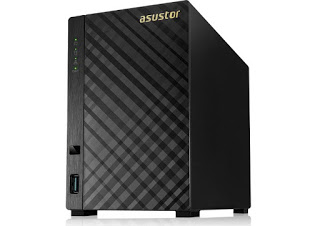 If we are looking for another mid-range NAS model we can take a look at the TerraMaster F2-422 2-Bay, available on Amazon for less than € 300. 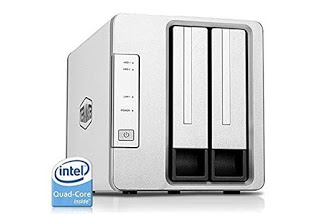 Always in the mid-range of the market, we also find the Synology DS220 +, available on Amazon for less than 400 €. 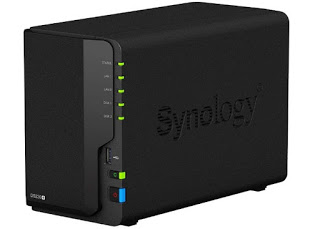 This famous brand of NAS offers for this model a double bay for 3.5-inch disks (not included), 2.0 GHz 2 core processor with Turbo mode (up to 2.9 GHz), advanced multimedia system (with Audio Station, Moments and Video Station), 2 1 GbE LAN ports, automatic synchronization with any operating system and automatic copying of USB sticks inserted in the front port.

The first advanced solution for offices and business environments and immediately ready to use is the QNAP TS-253D-4G, available on Amazon for less than 850 €. 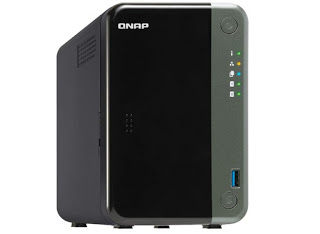 For large companies and for IT environments we must focus on high-end NAS like the Synology DS920 +, available on Amazon for less than € 1100. 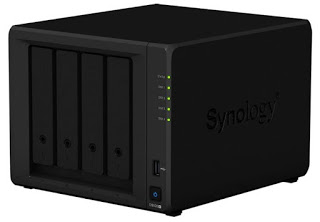 Even if NAS remains a very elite device, reserved for companies and those who have to store a large amount of data to share, this does not mean that they cannot find a place even in the home environment, especially for users who care a lot about privacy. and want to create their own personal photo cloud, as also seen in the guide Create a Personal Cloud Server on your PC unlimited and free.

If we don’t want to spend a lot of money on a NAS and its disks, we can always turn an old computer into a file server, as seen in the guide for creating a server in the house to share resources on the internet.

How to transfer photos from iPhone to PC

How to turn a PDF into Word on iPhone and iPad

Customize Android on the home screen and apps