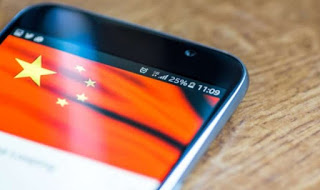 When we think of buying an Android smartphone, we think we have to spend at least € 300-400 in order to have acceptable performance and get a device that is not already old after a few years. For some years this philosophy (very valid in the first years of the spread of Android on a planetary level) has lost a lot of its meaning since it is possible to find good smartphones or even excellent ones to use every day around € 200 or lower.Among the best devices that we can find in this price range stand out the phones of Chinese origin: once simple cheap copies, today real smartphones complete with everything, updated regularly and lasting over time, with a pinch of design that never hurts. Let’s find out below the best Chinese smartphones to buy for less than 200 €, so you can boast a modern phone without having to spend a fortune.

As with any buying guide we have created on the site, in the first chapter we will show you what features a low-cost Chinese phone must-have, so as to always avoid scams (especially if we buy in a physical store); in the second chapter, we will show you what, in our opinion, are the best Chinese smartphones with a selling price of less than 200 €.

To avoid buying too cheap phones, it is advisable to always observe that the following technical characteristics are present in the technical data sheet, so as to avoid cheats or poor products:

The other features are not very important at this level, so we might as well not focus too much on them (such as the cameras or display technology) and focus on those indicated above.

After seeing the features for a good cheap Chinese smartphone, we discover the best models to bet on with a figure close to € 200 (we will not report the models that exceed this value, so as to be able to spend wisely). Obviously, we will rely on Amazon for the models, as it offers excellent assistance in case of problems with the chosen phone.

1) Cubot
The cheapest smartphone we can bet on is the CUBOT Note 20, available on Amazon for less than 110 €.

2) Huawei
If, on the other hand, we really love Huawei smartphones and want to get a cheap one, we advise you to focus on HUAWEI P40 Lite E, available on Amazon for less than 140 €.

On this phone, we find a 6.39 Inch HD FullView screen, octa-core Kirin 710F processor, 4GB of RAM, 64GB of expandable internal memory, LTE support, triple rear camera with artificial intelligence, Dual SIM support, rear fingerprint reader, battery 4000mAh and EMUI 9.1.1 operating system (based on Android 9). There are no Google apps on this smartphone, but we will be able to download the apps thanks to Huawei Mobile Services.

3) Oppo
If we are looking for a smartphone with a very large battery, we recommend that you take a look at the OPPO A52, available on Amazon for less than 150 €.

4) Honor
Another interesting smartphone for those looking for a lot of storage space is theHonor 20S, available on Amazon for less than € 190. 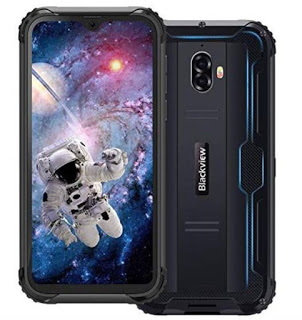 The Chinese manufacturer BlackView sells smartphones at all prices, including many under 200 euros. The appreciated feature of Blackview is that most phones have a shockproof, reinforced shell. Blackview phones can be viewed on Amazon

6) Xiaomi
Finally, we point out what for many is the best low-cost Chinese phone that is Xiaomi Redmi Note 9, available on Amazon for less than € 190.

We do not have to spend an exaggerated amount to have a powerful and modern smartphone of Chinese origin: by choosing one of the models seen above we will be able to have in our hands a phone that can do everything, open apps quickly, and support all the new functions seen. on more expensive phones.

If we are not convinced of the goodness of Chinese phones, we invite you to read our guides: Those who want the best smartphone must buy a Chinese one is Best Chinese smartphones by price range.

How to build a DVR (digital recorder)