Home Technology Component prices for a 300 Euro PC, good for every use 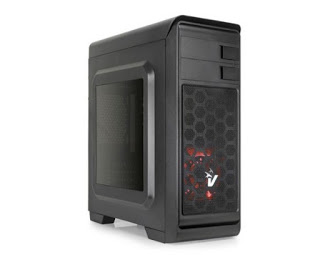 Desktop PCs, despite the thrust of tablets and laptops, are not destined to disappear at all and, even if they take up more space, they are a better choice for having a cheap home computer, so you can work or study more precise compared to a simple tablet or smartphone. We had already talked about which pieces to buy to build a great PC your PC first, listing different alternatives to buy on Amazon, with different prices, without entering into specifics.
In this new guide, we will show you the components to make a good one Very cheap desktop PC that allows you to do almost anything, spending a maximum of € 300 (without a monitor, which we removed from the expense, assuming we already had one).READ ALSO: Build yourself a perfect PC to buy on Amazon

For this guide we will show you two configurations, both very valid to make the computer cheap: one involves the use of the Intel platform, the other provides instead of the use of the AMD platform. In this price range, AMD is preferable because it has better performance. In another article, we saw the differences between Intel and AMD processors.

If we prefer to build a cheap PC using Intel components, we recommend getting the following components:

With a total expenditure of € 295 we will have created a fairly powerful computer, with all the latest components, a very high execution speed (thanks to DDR4 and SSD) and with the possibility of connecting it even in Wi-Fi, without having to use an Ethernet cable to connect it to the router. If you have noticed the absence of a video card, you don’t have to worry: the new versions of the Intel Core integrated a video chip adequate to reproduce all the special effects, manage the playback of videos in Full HD and also play some light games.

(recommended for price and services)
If instead, we prefer to build a desktop computer with the AMD platform, we will have to view the following components:

With a total expenditure of € 294, we will have a computer with AMD technology extremely fast, just install Windows 10 and all the most famous programs to start using it right away.

With just € 300 we showed you two excellent PC Desktop configurations, equipped with everything you need to be able to surf the Internet, view some videos in streaming or in Full HD on your PC, chat on Facebook and use the study and work programs without too many worries. Let us remember that in the proposed configurations there is no monitor: we can recycle that of an old PC or buy a new monitor, like those recommended in the guide on New computer monitor: what features it should have.

If we want to spend a little more, we recommend that you read our guide on how to Buy an excellent assembled PC of 600 Euro.
If instead, we don’t know how to assemble the internal components, we can read our Guide to assemble a PC and assemble the computer parts, so as to learn the rudiments of the IT technician and assemble the PC by yourself.

How to make a portable smartphone projector (or buy one)