Home Security Continue to use Windows 7 in 2020 safely 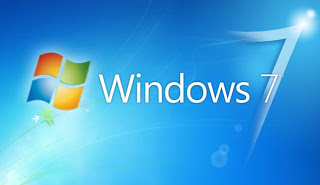 Exactly as it happened 6 years ago, when Windows XP support ended, from January 2020 Microsoft ended support for Windows 7 which is still used by many people on their computers (currently the estimate is 30%).
As explained in another article on what it means and what happens with the end of support for Windows 7, the system does not stop working and will have absolutely no limitations or expiration dates. The problem with ending support is that it will no longer receive security updates. Many can underestimate this aspect by saying that nothing changes much, while in reality, Windows 7 today is in the same situation as Windows XP, that is, that of an old operating system that, over time, will gradually accumulate security holes without patches . So if, for the next few months, there will be no major problems, in the long run the use of Windows 7 on the PC will be increasingly at risk of viruses and malware that cannot be stopped even by the best of antivirus.
This doesn’t mean you can’t continue to use Windows 7 in 2020 and at least until 2021, only that it is necessary take some precautions and be a little more careful about what you download, the sites you visit and the programs you use.First of all, even if many aficionados will not agree, the primary advice is to upgrade to Windows 10. While when XP ended it was necessary to pay to switch to Windows 7, in this case it is possible it is possible switch to Windows 10 for free from Windows 7 and 8, without having to pay a new license.
In another article we have therefore seen the guide to install Windows 10 from Windows 7 without losing personal files.

Security programs for Windows 7 from 2020

Those who use the Microsoft Security Essentials or MSE antivirus as Windows 7 antivirus would do well to remove it and install another one that certainly supports Windows 7. Although Microsoft has announced that its antivirus for Windows 7 will continue to protect computers until 2023, it was also support for MSE has ended which will therefore not be updated as a program and will become, over time, an obsolete antivirus.
It would therefore be better to install a different program, for example the free version of BitDefender or Kaspersky Free which are definitely the best choices if you don’t want to pay anything.
It is also important to have a good malware scan tool to use at least every month, like MalwareBytes Antimalware and then install also ADWCleaner against spyware and adware.

Another absolutely recommended security program to use since 2020 in Windows 7 is the one that activates the Sandbox in which to run unknown programs or those that may be at risk. The Sandbox (which is an integrated feature in Windows 10), serves to isolate the execution of software so that, even if it were the worst of malware, it cannot harm the operating system.
To have a Sandbox on Windows 7 you need to install the free program Sandboxie, easy to use and without limitations.

Browser to use in Windows 7 to surf the internet

To visit websites from a Windows 7 PC it is mandatory and mandatory stop using Internet Explorer as a browser, whose support has ended and which by 2020 will be vulnerable to any site with malware.
Fortunately there are many alternatives, above all Chrome and the new Microsoft Edge which will still be updated and supported with security updates on Windows 7 at least until 2021. Firefox also runs on Windows 7, but Mozilla hasn’t said yet how long it will be supported.
Keep in mind that as the operating system no longer receives security updates, having an updated web browser is of paramount importance in defending against online threats.

Those who want to continue using Windows 7 in 2020 and beyond must make sure, first of all, that the system is updated with all the latest patches. By going to Windows Update you can do this check and, if necessary, download the latest updates. Also leave the Windows Update service active and automatic because Microsoft could release particularly important updates for Windows 7 even after the end of the support, just like it happened for Windows XP. You also need to keep an eye on official Microsoft sources or specialized blogs in case an important security update is released to be downloaded manually, which happened in 2019 for Windows XP.
As for the system settings, the tips to protect your Windows 7 PC are the same as always: avoid clicking suspicious links, do not open spam links received via email, leave important security features such as User Account Control and Windows enabled Firewall.
You should also read the guide to protect Windows administrator and guest accounts to access the computer, in order to completely exclude the risk that some program may acquire administrator rights and cause damage.
If it bothers you, you can also hide the end of support message forever in Windows 7.

To use Windows 7 from 2020 onwards safely is important keep only supported and updated programs. Consequently, it is better to go and see the list of programs installed on the PC (from the Control Panel) to remove all the old ones that have not been updated for some time. For the programs you use the most, you have to go and look for the new versions on the various official sites. A tool to download Automatic updates of programs and software installed on the PC may then be useful.
Particular attention should be paid to checking programs that have access to the internet (such as the Torrent client or chat programs and Email clients) and those that are historically more vulnerable to attacks such as Java, Adobe Flash, Adobe Reader and QuickTime.

Using Windows 7 in 2020 is also an absolutely legitimate choice, but one that must not be perpetuated for too long. Personally, I believe that, at most, it can be used without major problems even for a year, but going further (and especially continuing to use Windows 7 even when Chrome and Firefox no longer support it) will absolutely challenge your luck. There are no alarms, the important thing is to know that Windows 7 will become more dangerous over time due to security bugs that will be discovered and fixed.
Finally, I remember that for companies the discussion about the term support of Windows 7 is very different because they can still choose to pay to get security updates. This option is not available for home computers and only applies to Windows 7 Enterprise or Windows 7 Professional.

Turn your TV into a real PC with computer sticks

Which portable printer to buy for smartphones and PCs