Home Security Detect and remove spyware or malware on Android 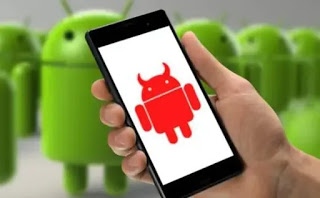 If we have a doubt that someone can spy on our smartphone or that there is malware that causes too much advertising to appear when clicking on a site or link, there are several ways to check and detect any malware, adware (advertising app ) or spy software (spyware).
It should be borne in mind that, even if you are not specifically targeted by someone, there are applications that can carry infections on the system and, by deception, obtain permissions to read private data such as the history of visited sites, passwords, documents and phone files, numbers in the phone book, messages sent and received.

Virus or spyware signals on the Android smartphone

The symptoms of the presence of spy software or malware hidden in Android can be of various types, some more evident than others.

1) Weird phone behaviors
If the smartphone opens applications on its own, if it emits sounds that are not those of the usual notifications or if you discover messages marked as already read which however we had never seen before, it may be that there is a spy software on the smartphone.

2) Slower phone than usual
This is not necessarily a symptom of viruses on Android, but it can be a possible effect of some hidden application that remains running in the background by monitoring the activities on the phone and sending private data outside. If, however, you have an old smartphone or full of applications and photos, the fact that it becomes slow to respond to each command is almost normal.

3) Apps that weren’t supposed to appear appear out of nowhere
If you see app icons in the list of applications that we have never installed manually and they should not be there, it is very likely that the Android device was hit by malware or spyware and that these apps were created to extract information from your device.

4) Excessive use of data
This is a more difficult symptom to detect, because today using wifi connections or even being connected with consumer connections with fairly wide limits, any virus that sends data in secret is not very noticeable. We should therefore check the use of the network by going to Android settings> Wireless and networks> Data usage. Here you can see the list of applications that have used the internet connection to communicate with the outside world and it is possible to see if some app that you never use is instead constantly communicating online in the background.

5) The battery drains faster
Although this problem can depend on various factors and the age of the phone, if there is a virus or spy software installed on Android, this certainly consumes energy and makes the battery last less. In Android Settings you can go to the battery section to see the apps that use the most battery and find out if there are intruders or applications that we never use. In some smartphones it is also possible, always in the battery settings, to manage the automatic start of the app when the phone is turned on and to identify problematic or harmful apps.

What to do to remove malware or spyware from Android

If you have one or more of the symptoms we have seen above or if you want to be calm, you can download and run an app that works for scan the phone’s internal memory to detect and remove any suspicious malware or apps.
As an app for virus checking you can use Malwarebytes Antimalware for Android, with proven reliability or specific apps such as Incognito Spyware Remover which is very simple to use or CM Security, the most popular and used in the world.
There are also free antivirus for Android, very powerful and effective, which can be used to do a check every now and then (but personally I would not keep active on the phone all the time).
These applications are able to detect all those apps that can access personal information, which can monitor our location, know the details of calls, read messages etc. .

Prevent malware and spyware on the phone

We talked in another article about how to protect Android from malware and malicious apps, viruses and spies.
We have seen that inside the Android system there is a protection system called Google Play Protect, which is already active and can be controlled from the security settings. Always in the security settings you can see when the latest system security updates were installed (if the phone is old the phone may not be updated for some time).
Always in this set of options you should find it under the heading Other settings (but may change depending on the phone used), find the apps that are device administrators is disable the installation of apps from external sources which are not the Google Play Store.
In settings> App, Yes they can check permissions and the app with special access (this hidden menu is to be found and changes according to the type of phone). Special access apps can ignore battery optimizations, access to notifications, unlimited data access and even change system settings.
As precautions not to be spied on the phone, one of the most important is that of do not use public wifi networks without protecting the connection with a VPN app for Android. Crowded places where Wi-Fi is public are a favorite spot for hackers and spies to infect connected devices.
There are many ways to infect an Android smartphone because it is a semi-open and less controlled system than the iOS system of the iPhone, but it is also easy to protect the phone, even if, after a few years, you will be almost obliged to buy one new, if it is no longer updated.
Checking for updates on Huawei, Samsung and Android phones is essential to install patches to security bugs, which can be exploited by websites, apps and hackers to infect anyone’s smartphone.

How to protect children from the dangers of the Internet