Home Android Differences between Android and iPhone (iOS); which smartphone is better to buy? 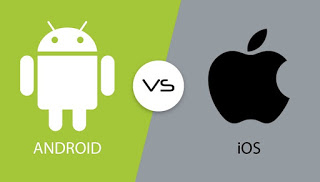 The world is full of great rivalries, and in the world of smartphones, the dilemma is now only one: better iPhone or Android? Most of the people, the more “technological” ones have their preferences and they will hardly change, but for all the undecided and the less knowledgeable, the debate is open and exciting. In fact, to make a comparison of this type it would be necessary to take two smartphones of the same price and with the same hardware capabilities.
In fact, you cannot compare an iPhone with a 100 or 200 Euro Android phone, but with a Samsung, a Huawei, or a Xiaomi from 800 € definitely yes.
It would then be more correct to compare the latest versions of Android with the latest iPhone iOS, so as to understand what are the strengths of each other.
In this guide, we will show you the main differences between Android and the iOS system (present on iPhone), comparing the latest versions of both operating systems: Android 10 and iOS 13.READ ALSO: Best Android smartphones ever for each price range

The challenge between Android and iPhone

If we still do not know which to choose between an Android smartphone and an iPhone, the following observations will allow you to clarify any doubts and clearly indicate which system to choose, also according to our needs.

A graphical interface (even) 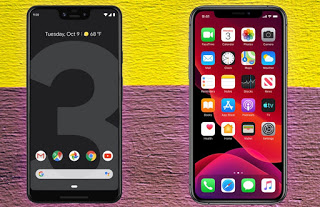 The profound differences in the graphical interface immediately catch the eye. iOS 13 uses the classic launcher with the icons of the programs present in the various home screens, present since the first version of iOS. The design of the icons remains almost unchanged, just a few system apps have changed (and others have been added over the years).
Android 10 uses a launcher with an app drawer, i.e. the apps are not immediately present on the home screens but can be called up from the app drawer, which can be called up via a swipe upwards from the bottom edge. Obviously, each manufacturer can modify this basic scheme and present its more or less beautiful launcher (a lot also depends on personal tastes). On Android, however, we can always install a new launcher as seen in the guide Best Android Launcher to change Start screen on all smartphones.

Another interesting aspect to evaluate is on-screen gestures. iPhone X was one of the first smartphones to take advantage of gestures, given the lack of the Home button: it is currently one of the most fluid and effective systems that we can use, as well as being well implemented in all apps. On Android 10 there are similar gestures but they are often confusing, especially with apps that have the left sidebar (the phone confuses the two gestures). In this case, Apple is much better.

Another very important aspect is multitasking, i.e. the management of apps already open on the phone. From this point of view both systems are both highly evolved, given that with a swipe from the lower edge (holding down the center once you get there), we can open the manager of the open apps. On modern Android smartphones, we will also find a search bar and the icons of the most used apps, so that they can be opened quickly; for this, we appreciate more implementation made on Android than iOS (without detracting from the multitasking of Apple devices) 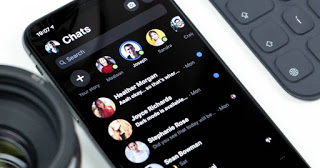 We can consider the Dark Mode the real novelty of 2019: it was introduced on iOS but immediately replicated with great speed also on Android 10, as well as by numerous apps. In the end, it is an all-black interface, so there is nothing really striking to the point of saying that one is superior to the other.
By activating this mode we will also save battery, but only if we have an OLED or SuperAMOLED screen, as seen in our guide Do you save battery by using a black background on your mobile phone?

Applications and games (even) 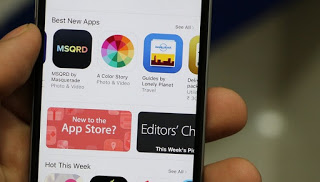 By now both stores (Google Play Store and Apple App Store) have a large number of applications, to the point that they can be considered equal. For years, the apps were born first on iOS, and then also be brought to Android, often with delays of even years. Today, however, apps are developed immediately or almost for both platforms, and the same is true for games.
Note however that many apps are provided for free or with many ads and in-app purchases on Android, while they are provided for a fee on the iPhone. 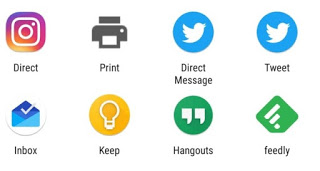 One thing that Android manages to do wonderfully is the sharing of data between applications that are often linked to each other: just tap the button Share to pass a file, an attachment or a document from one app to another, without problems.
On iPhone, this practicality is not always taken for granted: often we have to do two or three steps before we can bring an email attachment or a simple file from one app to another, making us waste time. From this point of view, Android is unbeatable.

A point in favor of Android is the greater flexibility with its applications to surf the internet, allowing you to run different browsers such as Firefox, Opera, and Chrome with their native rendering engines.
We can install other browsers on the iPhone, but Apple’s policy obliges them to use the Safari rendering engine, which in fact is the only browser truly optimized for iOS.

Apple’s advantage is consistency across all devices. An iPhone has a single operating system, iOS, identical on both the old models and on the models just released on the market; even the updates follow the same logic, so the main novelties can also be found on the iPhones of 2 or 3 years ago still well supported by Apple.
With Android, however, there may be differences between a Samsung, between one Huawei and one Xiaomi, causing a fragmentation that still makes it difficult to update Android uniformly (especially from the point of view of security).
Google has been trying to remedy this fragmentation problem for years by taking advantage of a calling service Google Play Services, which allows you to release new features on all devices automatically, without their manufacturers having to intervene with a classic update (see, for example, the new Android device management system for localization and anti-theft).
Despite this, the iPhone remains much better in terms of support for updates and consistency between operating systems.

Integration with computer and other devices (Equal) 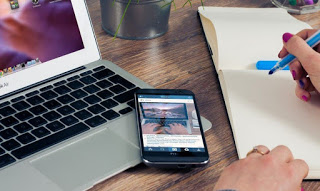 If we have a Mac and an iPad at home, these will be immediately connected with an iPhone, since the Apple phone that integrates well with other Apple devices, without even configuring anything.
If instead, you have nothing in the Apple world, then it would be preferable to buy an Android smartphone, since it is more open and allows you to use its memory as if it were a USB stick, integrating with any computer. People who use Gmail and Google services can only prefer Android as the operating system for their mobile phones. From this point of view, a lot depends on the system used on the PC, but the comparison is practically equal. 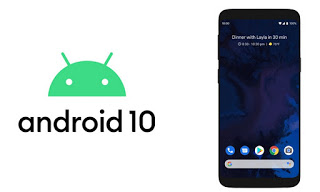 Although Android is maintained by Google, the naked and raw operating system (called “Vanilla”), is taken and modified by the production companies that try to differentiate it by adding their own tools and apps, given its Open Source nature. For this reason, a Samsung Galaxy is different from a Huawei or a Xiaomi smartphone, only for its home screen and the menu of applications. The fact that Android is OpenSource then opens up the possibility of autonomous system projects that can be installed on any smartphone, as seen in our guide How to install an Android Custom ROM.

In contrast, iOS is a closed system, which Apple only installs on the iPhone, of which there are no different versions. iPhones are all the same while instead of Android smartphones there are many types. Basically, if it is true that when you buy an iPhone there are no variations on the theme, when you buy an Android phone, depending on the brand, the smartphone is different from the others, but only in appearance, in aesthetics, in the bodywork. Below, even on Android smartphones, there is always the same operating system, which can be modified and customized even in extreme ways, on any mobile phone.

Everyone can choose the system they prefer or that integrates better with the other devices they have at home, but a comparison of this type is still alive and always ready to overturn, as new smartphone models and new updates of the two come out systems.

If we want to discover one of the advantages of Android, namely customization, we can read our guide Customize Android of the home screen and apps.
If instead, we wanted to move the challenge on PCs too, we can evaluate which system is better between Windows and Mac in our in-depth analysis Windows vs. Mac comparison: which system is better?

How to upload a file

Free and fast alternatives to WinRAR