Home Technology Differences between laptops: what does Ultrabook or Notebook mean? 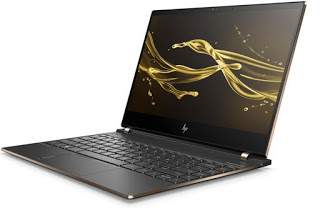 Although in a sharp decline in recent years, laptops are certainly not destined to disappear from circulation and, indeed, it is easy to imagine their revival. Tablets are not a passing fad, but inevitably they serve a different market from that of traditional PCs which cannot be replaced by tablets for certain activities and which, undoubtedly, are more comfortable for writing and working completely. The revival of laptops, which has already been in place for several years, passes through a technological renewal and a differentiation of models.
For this reason, when you search online or go to stores, you can find the different names of laptops as Ultrabook, Notebook is Chromebook depending on the size and other characteristics.
We, therefore, see in this guide all the differences between laptops, to understand what it means when we find in the store a laptop sold as “Ultrabook” to find out if it’s just commercial terms or if they’re actually a new type of laptop.READ ALSO: Better a notebook or tablet as a laptop?

Differences between Ultrabook, Notebook, and Chromebook

But what are the real differences between these types of laptops? In the following chapters, we will try to show you the advantages and disadvantages of each type so that you can consciously choose the next laptop to buy.

Ultrabook represents a category of modern laptops that are very powerful, very light and thin, to the point of being able to stay in one hand without getting tired and to be able to carry them easily given their weight (less than 2 kg).
The word was invented by Intel as a direct response to Apple’s Macbook Air which can be considered the first true “ultrabook” Despite the slim profile of the ultrabooks (less than 2 cm), the screen size is often that of ordinary notebook notebooks, 11 to 15 inches.
All these Ultrabooks are equipped with very fast, light, and quiet SSD disks that guarantee an ultra-fast boot. Obviously, in the Ultrabooks, we will not find a DVD player, now increasingly disused.

From the hardware point of view, we will find multi-core processors optimized to operate at low speed, so as to heat less: many ultrabooks in fact do not have any cooling fan, behaving like very silent laptops (even if this means having CPUs that are not particularly powerful, at least on the cheaper models). RAM is the same as classic laptops, while we will rarely find a dedicated video card (it takes up space and generates unnecessary heat and noise).

As for expandability, we will often find only the USB ports, which are thin enough to fit within the thickness of the body: often there are no other very famous ports such as Ethernet or the HDMI port, which can however be integrated with USB adapters.

Some examples of modern Ultrabooks can be found below:

Most of the models on display have features from Ultrabook without presenting any trademark of the same name (being registered by Intel): it is a set of features that highlight laptops suitable for those who travel often and want something easy to carry and light, without sacrificing performance as it did for netbooks.
If portability and design are not fundamental, then it is better to buy a normal laptop, which, for the same price, is certainly more powerful and with more accessory functions. 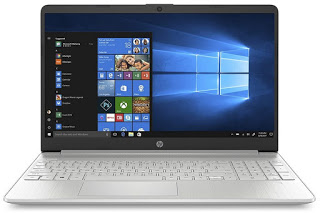 Historically, a laptop was designed to be a replacement for a desktop PC and to be the same size as a normal monitor. There is no distinction between the English terms Notebook is a laptop which, in fact, means a laptop. Computer manufacturers use the terms notebook and laptop interchangeably, the word laptop will rarely be seen in Italy (while it is widely used in the USA).

The notebooks are the classic portable computers, with dimensions of 14, 15 or even 17 inches, with very variable prices, depending on the models, up to 4000 Euros for notebooks for gamers or those who work with video editing and graphics programs. They tend to be heavier (even if those weighing more than 2 kg are very rare) and noisier, also due to the presence of a powerful graphics card to support 3D calculations.
Almost all notebooks have some Ultrabook features, eventually making the differences between the two types of computers practically non-existent.

Below we can find some classic notebook computers to try:

If we are looking for hybrid laptops, that is, capable of becoming tablets if necessary, we invite you to read our guides Best Laptop PC Windows 10 convertible to Tablet is Best Tablet-PC 2 in 1 with a removable keyboard.

We can also insert of the ultrabook class Chromebooki.e. extremely light laptops with the Chrome OS operating system. These laptops have a very fast operating system based on the Google Chrome browser so that they can take advantage of the numerous apps and extensions available for this browser as if they were notebook apps. Having an Internet connection is essential in order to make the most of this type of PC, but many system programs and some of the installable apps can also be used offline.

This type of laptop has not been very successful in Italy, while in the United States they are widely used and have carved out a good portion of the market, also thanks to models such as the HP – PC 14a-na0006nl Chromebook (€ 469).
To learn more, please read our guide on 10 reasons to buy a Chromebook PC.

READ ALSO: All types of computers, desktop PCs and laptops

Even if they invent a new brand every day to sell a few more laptops, modern notebooks are in fact unbranded Ultrabooks, since practically all of them present power, lightness, and ease of use on every occasion.
If we really want to try something new, we recommend you try the Chromebooks, which at least have an innovative operating system, or to point directly to the MacBooks, as seen in our in-depth analysis. Is it worth buying a latest-generation MacBook?

If we are still undecided about which type of notebook to buy, we can continue reading in our articles Which brand of laptop is more reliable? is to choose your notebook laptop and make no mistake.

Programs to install Android and its apps on Windows PC

MOGA XP7-X Plus: official controller for PC and Android with stand and induction charge