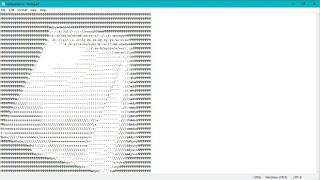 One of the oldest Windows programs and also one of the most important and fundamental, Notepad, has been converted into a Microsoft Store application. This step will be completed in the next version of Windows 10, but it is possible, even now, Download the new Notepad from the Microsoft Store and transform the program included in the Microsoft system, in an app.
Although this step does not cause any immediate effect, it will have several advantages in the future for two reasons: the first is that for Microsoft it will be possible to update the Notepad program (as an app) by adding new features without having to wait for a Windows 10 update, the second advantage is a greater integration of the Notepad app with all other applications, thus making the notepad always at hand.

Note Pad as a Windows 10 app

To download Notepad as a Windows 10 app you just need to open this link from the Microsoft Store and proceed with the download and installation.
At the moment there will be no change in the most basic Windows writing program. The only visible effect is that by searching for the Notepad application on the Windows 10 Start menu and right-clicking on it, you will be able to use the uninstall options (Notepad will become completely removable from the next version of Windows 10) and the one to leave feedback or evaluation comment.
The Notepad of Windows 10, after having installed it as an app, behaves exactly as the program did and also the launch file remains the same, notepad.exe which is found in the Windows folder. The difference compared to before is that this file starts the app version. There are no negatives, but it is necessary, in order to receive updates of the Notepad app, that automatic updates are active in the settings of the Microsoft Store.

Recent features of Notepad in Windows 10

On this occasion, we also see which are the improvements that, after so many years, Microsoft has made to Notepad in the latest versions of Windows 10, especially after 1809 (they are absent in Windows 7 and Windows 8.1).

Finally, let us remember that Microsoft intends to move many of its programs into the Store, turning them into apps. After the Notepad, the Microsoft Paint app is awaited, which will replace the Paint program (which will no longer be integrated into the Windows 10 installation).

How to connect wireless keyboard to Smart TV