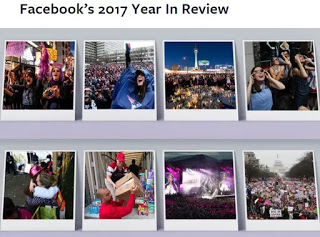 On Facebook, you can now see the annual report of the most popular topics, the most important moments of which we have talked about most, the most discussed trends, of the more shared stories which generated more discussion than ever among the over one billion people registered on the social network all over the world.
Facebook has compiled a series of lists with the most trendy topics of the year 2019 that give us the opportunity to remember the most important events, the most tragic and the happiest, the famous people who have left us, the catastrophes, the attacks and the most significant enterprises of the year.
There is also one of the lists Italian section with the list of events and stories more popular.Obviously then we could not miss the personal section, to review the best moments of the past year, 2019, and discover the most important photos that have been shared on Facebook by us.

The topics we talked about most on Facebook absolutely, so all over the world, they tell us that this was not one of the best years in terms of events.
In particular, as can be read from the Facebook blog, they were the International Women’s Day, with more than 165 million people who celebrated women’s rights, the Super Bowl that like every year it is followed by the vast majority of Americans and finally the attack in Las Vegas of 1st October 2017.
The earthquake in Mexico and the hurricane Harvey are the two catastrophes during which the Facebook emergence service was most used.

Speaking instead of what happened in Italy and the events that generated more discussions, there are above all the deaths of famous people, sports and entertainment.
In particular, the suicide of Chester Bennington, singer of Linkin Park and then also the death of famous people like Paolo Villaggio, Robert Miles, Tomas Milian is Chris Cornell.
Other tragic events to remember are the death of the motorcyclist Nick Hayden, the earthquake an Ischia and the attack of Barcelona.
If in the USA there is the talk of Super Bowl, in Italy the main sporting event is definitely the Champions League final, Juventus – Real Madrid, to have generated more comments and shares on Facebook.
Other important sporting events were the farewell of Totti to the soccer players, the match between Federer and Nadal in January 2017 and the lack of qualification for the Italian national team.

Speaking of happier things, Facebook reminds us of the super concerts of Eddie Vedder in Florence e Vasco Rossi in Modena and then the entertainment of the Sanremo Festival, the twentieth anniversary of Harry Potter and the Venice Biennale.

As for the summary of the past year customized for each of us, we can create and edit the end-of-year Facebook video visiting the special page Facebook.com/yearinreview.
You can then scroll through the photos that represent the best moments shared in Facebook, in a very colorful presentation.

If you want instead see the video of the best moments of the year you can use the application Slidely, which automatically creates a short movie with music by scrolling through the most significant photographs.
The video can be modified by choosing the photos to be excluded and included by pressing the pencil button at the top right of the box.

How to create a recovery USB stick in Windows 10