What are the different file and data transfer speeds of Ethernet, USB, Wifi, Bluetooth and other cables 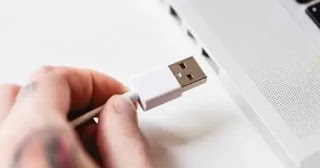 In the modern world, technology is based entirely on the transfer of data and files through different systems, which can be wired or wireless. Today there are many ways to connect different devices, you can transmit from PC to TV using Wifi, listen to the smartphone music on the Bluetooth speakers, transfer data between computers using an Ethernet network cable or a USB cable, with differences of speeds that can change depending on the version and also based on the length of the cable itself.
Today the transfer of large files between computers or other devices is no longer scary, and it is also possible to watch 4K videos streamed without any difficulty, as long as the type of support used, wired or wireless, is fast enough. It, therefore, becomes interesting to see what are the file transfer speeds and cable data (USB, Ethernet, and others) and wireless solutions (Wireless and Bluetooth) e the differences.

USB is one of the most common ways of transferring data, which can also pass electricity to recharge devices and smartphones. The USB, which stands for Universal Serial Bus, has undergone several changes over the years with different versions, improving transfer speed:

The USB 3.0 and 3.1 ports are now installed on all modern computers, often together with USB 2.0 ports, which are still very common. Unfortunately, it will be noted that by transferring a file via the USB port, the speeds are lower than the theoretical speeds seen above. This happens because the same devices slow down this speed, even when connecting a two USB 3.1 cable. The data transfer rate of the USB is also influenced by the type of cable used, which may not be fully performing.
Furthermore, the transfer speed of the USB can become much slower if you use too long a cable. According to the specifications, for USB 2.0 the length limit of the cables is about 5 meters, while for USB 3.0 it is 3 meters. You can, however, extend the length of a cable using a self-powered USB Hub or an active USB extension.

READ ALSO: Which USB cables have for each function

Ethernet cables are the standard network cables, those that are used to connect computers to the internet if there is no WiFi. Even if the Wifi is much more comfortable and cleaner, wired connections via Ethernet are still better, reduce the delay and offer significantly higher transfer speeds than wireless connections. For example, those who play video games online will surely prefer to connect their PC or console to an Ethernet cable to minimize lag.
See also: Better a Wifi network or Ethernet cables? which is faster?
The transfer speeds of the Ethernet change depending on the type of network card:

Ethernet is often used for Internet connections, but can also be used to create local networks between computers, for example for storing files or for creating a media server.
Keep in mind that Ethernet speed values ​​are practically unattainable in the use of the real world because they are calculated under ideal conditions. It is not possible to exceed these speed values ​​as they are maximum values. Actual performance depends on many factors, including line interference or collisions that require applications to relay messages. Because network protocols consume a certain amount of network capacity just to support protocol headers, applications cannot get 100% for themselves alone.
Ethernet speeds are also limited by network cables, of which there are various types. We have seen in another article the differences between Ethernet cables, CAT5 and CAT6 and which ones to use, indicating how these cables can be up to 100 meters long.

Like and more than Ethernet, Wi-Fi, or wireless network connection, has been much improved over the years, becoming faster and more reliable. Speaking of the wifi transmission standard IEEE 802.11, here we see the speed differences in data transfer.

These speeds are however only theoretical and for Wi-Fi, this fact is worth more than for others. The speed of Wifi is in fact negatively affected by the applications that use it, by the receiver installed inside the device, by network interference and also by the power of the router that creates the connection. In real-world applications, speeds rarely seen close to those indicated. While Wifi is perfect for transferring small files, streaming HD video and transferring large files, the wired Ethernet network is certainly better.
In other articles we talked a lot about the speed of Wifi:
Wifi speed test: how to do it the right way
How to increase and improve WIFI speed
What slows down the Wifi network speed and internet connection
Why WIFI is slow and how to solve

Bluetooth was not designed to transfer files and large amounts of data at a given time, but only to transfer data over short distances. The data transfer speeds of the different versions of Bluetooth are:

There are newer versions of FireWire to be released in the future. It is assumed that FireWire 1600 and FireWire 3200 will provide speeds of 1600 Mbps and 3200 Mbps respectively.
For Thunderbolt, the speed of 10 Gbps is meant per channel and the latest version (Thunderbolt 3), which supports up to 40 Gbps, will probably be at the base of the USB version 4.

Minisforum starts pre-orders for the new B550 Mini compact computer

How to activate the microphone on Chrome

Automatic recording using a webcam and microphone connected to Computer

WhatsApp: small roll-outs for companies, more security in development for everyone