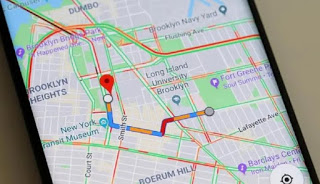 The most used app as a car navigator is Google Maps, available for Android and for iPhone and perfectly integrated on Android Auto or CarPlay. One of the most popular features on this type of app is undoubtedly the speed camera reporting system, which will allow us to avoid a hefty fine in correspondence with the road radars placed by the police.
If we are looking for this feature on Google Maps, to activate it we will first have to follow a certain procedure and then be careful while driving, since we will be warned in advance of the presence of a speed camera along the route. If the integrated system in Maps does not convince us, we will also show you some valid alternative apps to use to find speed cameras.

How to find speed cameras on Google Maps

To activate the speed cameras on Google Maps, first of all, make sure that the app is updated by clicking on the dedicated update page for Android and iPhone or by opening the dedicated app store and looking for updates valid for all the apps (if present, Google Maps will also be updated along with the others).
At the end of the update, we open the Google Maps app, enter the destination to reach, press on the item Directions, and, as soon as the path is drawn, we press down on Starts.
Once the navigator has left, all we have to do is a travel and, as soon as we get close to a speed camera (a small orange indicator in the shape of a camera along the route), the guiding voice will warn us of its presence and will also warn us of the limit of speed to be maintained to avoid the fine. 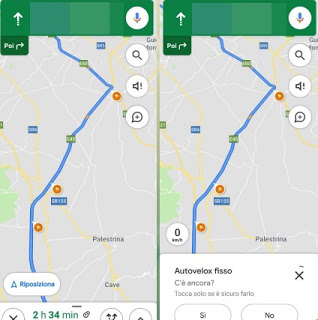 In the current state of things, not all Italian speed cameras are reported, but at least the fixed ones are well present and easily avoidable.

If the Google Maps speed camera reporting system does not convince us, we can use how Waze navigation app, always updated in real-time, and available for free for Android and iPhone.
Once this app is installed, simply open it, enter the destination to reach in the search field at the top, press on Go, then on Departure and start traveling; as soon as we get close to a speed camera the guiding voice will report it and the distance from the speed camera will also be shown, as well as other useful details. 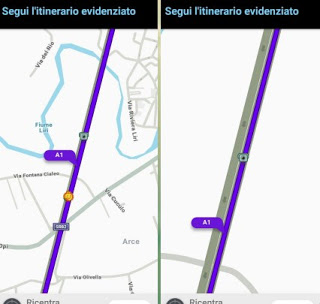 Waze also allows you to avoid speed cameras based on the calculation of the average speed (Tutor or Vergilius system), also indicating the area in which the average speed control is active and where the sensors for the calculation are present, so as to always have everything under control.
We talked about Waze in-depth in our guide Free Waze GPS Navigator for iPhone and Android.

Alternatively, we can combine Google Maps with an app dedicated to speed cameras such as Autovelox Italia, available for all Android devices. 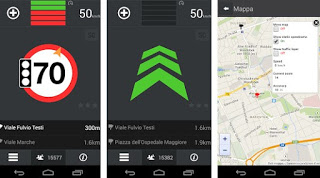 This app shows in real-time inactive speed limits and indicates in a clear and precise way the next speed camera present along the route, complete with a sound warning; to use it at its best, it is advisable to trace the route with Maps, also activate the Speed ​​Cameras app and leave it in the background, so as to receive alerts on speed cameras.

If we are looking for a similar app but for iPhone, we recommend that you try the Radarbot app.

Also in this case the app warns you of the presence of speed cameras along the way with an audible alert and a notification message in the foreground, so that you can continue to use the Google Maps navigation app for the route, keeping Radarbot in the background. 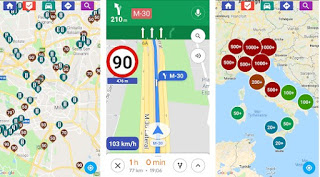 The app works by integrating the Maps navigation system and offers a complete overview of all speed cameras in Italy, especially when we arrive in a big city. In addition to fixed and mobile speed cameras, it also signals the presence of road surveillance cameras and traffic lights with radar, so as to avoid high fines due to careless passage with red.
Of all the apps we have reported to you, this is probably the only one that can hold its own with the Waze app, also thanks to the creation of a database managed by the users themselves (who can report new speed cameras).

Speed ​​cameras are one of the big bogeys when we embark on a long journey around Italy so that we can travel without risking getting a fine (especially if we don’t see the speed limit sign and we keep on cruising speed, making us catch from the speed camera).
On motorway sections where the calculation of the average speed is in force (Tutor), this type of app is very useful for maintaining a cruise speed suitable for not getting fines at home (we remind you that the tolerance on all types of speed cameras is 5 %).
If we are planning a trip to France, Switzerland or Germany these apps cannot be used: the law of these countries prohibits motorists from “knowing” where the speed cameras are (even with GPS and radar systems installed onboard) and, in the event of an inspection, we risk a hefty fine even if we have not broken any speed limit.

Meaning of Tag photos on Facebook and facial recognition

HDR technology: which is the best between HDR10 and Dolby Vision?