The most difficult games for Android and Phone, challenging and fun, where you have to use your brain, reflexes and logical abilities to the maximum 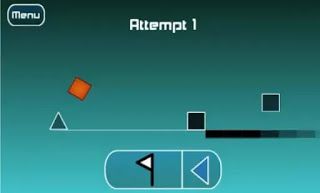 When the going gets tough, the tough start to play and that’s why the most difficult games become even the most challenging, the most competitive and even the most fun.
By testing one’s brain or reasoning skills, creativity or reflections, this type of game requires a certain commitment, without which one could not go on for long.
Talking about games for Android and iPhone phones and, let’s see what they are here the most difficult games to win, those where the challenges are more challenging and where a little carelessness is enough to lose everything and start again.
In this list, we see only free games that respond to these characteristics, above all in the puzzle game genre, with simple graphics, but with compelling, original dynamics that make you want to go on to face new challenges and to insist until exhaustion in an attempt to overcome the most complicated levels.READ ALSO: App for intelligence tests and mind games (Android, iPhone)

1) Duet (Android and iPhone) is certainly one of the most difficult games to play and also among the most challenging.
A game of Duet involves two balls to keep in sync in order to avoid the obstacles that appear in front of them and spin on the various platforms.
The game is very original, which starts slowly to let you learn the movements, eventually becoming terribly difficult.

2) Traffic Lane 2 (Android) is the game where you have to manage the traffic of cars in the streets, manage the flow of vehicles, monitor the traffic lights that work badly and so on.
While the idea seems simple, eventually managing the increased traffic will be a very challenging challenge.

3) The Impossible Game (Android and iPhone) is the only one of these games that requires you to pay a Euro, but a duty to be included not only for the title but also for its objective difficulty.
It can be defined as the most difficult game in the world, where the player has to guide a small orange square in a path avoiding small points.
When you die, you start from scratch and the expletives become absolutely justified.
The beautiful background soundtrack and the desire to try it will keep the player busy for hours.

4) Dancing Line (Android and iPhone) is one of the most addictive and challenging games of all time.
With pleasant background music, you have to guide a line through various platforms and obstacles, experiencing reflexes and rhythmic abilities.

5) Smash Hit (Android and iPhone) is one of the most popular games in mobile game stores, where you have to hit and destroy everything around us.
It requires not only patience but also a lot of attention and timing, factors that will help us destroy every glass and go as far as possible.
The movements are also synchronized with the music.

6) Big hunter (Android and iPhone) is a hunting game in which the player must rely on physics to hunt down ancient animals.
You can use the spear, the ax, and the boomerang to hunt ever-larger animals, with 100 levels that become increasingly difficult and almost impossible.

7) Beat Stomper (Android and iPhone) is a game where you have to jump upward on mobile platforms, to the rhythm of music, trying to go as far as possible without falling.
For the type of game, it looks like another difficult and very popular game like Helix Jump (Android and iPhone)

8) 100 Doors Puzzle Box (Android and iPhone) is one of the funniest puzzle games around, where you can solve puzzles and search for hidden objects to reach the next level.
Obviously the puzzle gets tougher as it goes on, testing the brains of even the most experienced.

9) Brain It On! (Android and iPhone) is one of the most popular puzzle games for smartphones, very addictive, where you have to use your brain if you want to go on.
There are plenty of physics-based puzzles, with solutions never taken for granted.
10) Dumb Ways to Die Original (Android and iPhone) is a very fun game where you have to find ways to save the life of stupid and unconscious characters who do everything to die.
The challenges are really original and nice, while the solutions are often complicated to find.

11) Happy Glass (Android and iPhone) is another game based on physics, where you have to try to get the water down into a glass creating the right path.
Easy in the beginning, it becomes increasingly difficult as you progress through the levels, creating addiction and a desire not to give up.

12) 100 Doors Challenge (Android and iPhone) is a game of the “Escape the Room” genre, where the only way to get out is to solve a complex logic puzzle.

13) The Room, for Android and iPhone, it is a series of really difficult games, where you have to find a way to escape from a room looking for all the possible clues.

13) Super Hexagon (Android and iPhone) is not free but it is really worth buying if you want to measure your ability to survive in a maze with a 3D psychedelic view.

Best sites to sell used items on the internet