Home Android Here is Android 8 Oreo with new features to improve smartphones and... 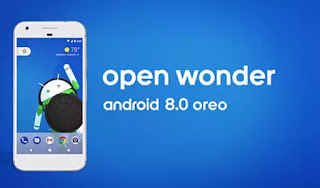 After a year of development and several months of testing, Google presented the new Android operating system, which will be available on many phones later this year.
The new version is Android 8 or Android O (following the sequence of letters) has the official name of Android Oreo (every new version of Android is named after a sweet) and comes after Android 7 Nougat.
Pixel smartphones and Nexus 5X and 6P will be the first to receive Android Oreo as an update, while other manufacturers should update their smartphones and tablets (at least the best-selling ones) by the end of 2017.
Precisely we expect an update to Android 8 for the latest Samsung Galaxy smartphones, for Huawei P10 and maybe P9, for HTC, Motorola and Sony phones.

Android 8.0 Oreo includes several new features and improvements over the next version, to make the mobile platform more secure, faster, more efficient, to improve every Android smartphone and tablet (which receives the update).
Making a summary of the announced innovations, let’s see what they are here the best features of Android Oreo or Android 8

With Android Oreo, Google prevents applications from consuming power if they are in the background in order to improve the battery life of the device.
Android 8 will try to limit background services and especially location updates for apps not in use.

To facilitate the task of remembering app and website passwords, in Android 8 Oreo it is possible to authorize some apps to automatically fill in the login fields required to access accounts.
For example, you can use the Lastpass app to remember passwords and automatically write them when requested.
Self-filling may also cover other data such as name, surname, address and others typically requested by the forms to be filled out.

With Android OR devices, it becomes possible to watch a video on Youtube and, simultaneously, chat on Whatsapp.
The multitasking already introduced in Android 7 is therefore improved, not only by dividing the screen between two applications but also by allowing two apps to be superimposed, such as holding a video over the Whatsapp chat (Picture-in-Picture).
On tablets and smartphones with Android 8, when you see a video, just press the Home button to reduce the video in the lower right corner of the screen.
You can then open any other app leaving the video always in view, with the possibility of moving it along the edge of the screen, and touching it to make it come back to full screen.

Android Oreo was developed with the obsessive thought of security, thus integrating it with the new anti-malware tool called Google Play Protect (which is already present already on Android smartphones versions 6 and 7.
Play Protect automatically acts to protect data, to detect and remove malicious applications.

Android Oreo has added a new connection feature called Wi-Fi Aware, also known as NAN (Neighborhood Aware Networking), which allows applications and devices to automatically identify, connect and share data, even if there is no a wifi network and also without an internet connection.
In practice it allows you to exchange data between two Android smartphones even if there is no shared internet connection, with more speed than Bluetooth.

Instant apps are the ones you can try without downloading them, just like you would with web applications.
This feature can be useful to try the apps before installing them or even if you have a device with little free space.

With the new Android version Oreo, you can send new Emoji from your phone and download it again if you wanted even more and different.

This function allows you to recognize in a simple and automatic way, in text messages, phone numbers, addresses, names and other things that can be used for other apps.
For example, if a restaurant name is sent to us, the Smart Text Selection function will automatically open the maps with directions to get there.

On Android 8 Smartphones it is possible to limit the appearance of notifications from an application.
With Oreo, then, on smartphones, you will be able to read notifications directly from the application icons, by touching and holding them.

10) Possibility to install the app from “Unknown sources” more controlled

In Android Oreo, there is no longer the option of “Unknown sources” to activate to install applications downloaded as APK files from different sources than the Google Play Store.
When this happens, therefore, it will be necessary, every time, to authorize the installation manually and not once for all. 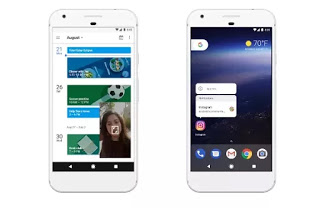 In essence, to make a summary of like Android smartphones Samsung, Huawei, HTC, Motorola and others will be improved with Android 8 Oreo, we’ll have:
– Higher startup speed
– Picture-in-picture function to do two things together on the screen
– Limit annoying notifications without interrupting them forever.
– Password auto-filling
– Various system optimizations that make Android faster and more secure
– Better energy management and longer battery life on all updated devices.