Home Network How IPTVs work and what they are

What IPTVs are, how TV channels stream over the internet and why IPTV can be illegal 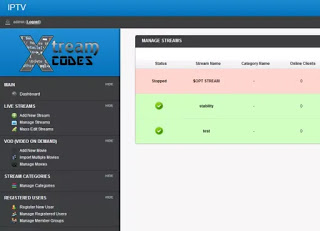 On all the newspapers of today, one of the main news concerns the operation of the finance guard against pirated pay-TV Xtreme Codes, an IPTV platform that worked as a framework that can be used by other retailers. The Xtreme Coders program provided everything needed to make sure that other subjects (we could say the mafia) could create subscription “panels”. End users could, therefore, see virtually any content in streaming, including Sky and Dazn football games, Movies on demand, Netflix and any paid content. To use this platform in a super simple way, it was enough to use an Android TV Box or a technique called modified adapter set-top box (and in Neapolitan jargon called by the name pezzotto) with IPTV already configured. The finance guard then cut the head of this huge illegal multimedia distribution system.
As also happened to the Torrents in the past and with the Kodi program, IPTVs are also now having an illegal connotation, while their fraudulent use is illegal. In fact, in fact, IPTVs effectively represent the future of television and even if there are few suppliers and few legal IPTV offers, it is very likely that we have already used them.

IPTV stands for “Internet Protocol Television” with IP which stands for IP address. So it means that the television signal, instead of coming from the antenna or a decoder, comes from the internet connection. With cable or satellite TV, broadcasters send signals and viewers receive them and you can only watch what is being transmitted, so unless you have a recording device, you can’t stop the video playback or go back in. IPTV is different: instead of transmitting content via light pulses in a fiber cable optics or radio waves from a satellite, the IPTV sends television broadcasts and films through the standard Internet connection and ignoring the technical question, using IPTV one is not forced to look at what is transmitted by the broadcaster, but can choose what to watch. the same principle of Netflix, with the difference that instead of movies and TV series you see television programs.
Most televisions do not support IPTVs, because they may not have the software that “translates” what is received through an Internet connection into a format that can be read on the TV. Therefore a device or decoder called set-top box becomes necessary which decodes the incoming signals so that the TV can display Internet programs. Using a computer, on the other hand, one can stream the IPTV signal also because it is enough to install the right program to do so. At that point, simply mirror the PC screen on the TV to pass the signal from the PC to the TV. to

How does IPTV work?

There are three different IPTV formats

Are all IPTVs illegal?

As mentioned above, IPTV is the future of television, so it is absolutely not illegal. Each TV channel that can be viewed via the internet becomes an IPTV that can be viewed through specific applications. The problem is that these free channels are few and even if they are transmitted by the respective internet sites, they do not support the real IPTV. In order to create an IPTV system where you can change channels without having to go to the TV site, you will have to download applications that organize the lists of links (in the form of m3u files). We talked about this in more articles, like the one for upload IPTV lists to view on Smart TV, Android Box, Chromecast, etc. and the guide to watch streaming on Amazon Fire TV and Chromecast.
Obviously, if you look for lists of pay channels, here is that the use of IPTV becomes illegal. This is the same principle seen in the guide on how the Torrent download works, legal in the beginning, but illegal the use made of it if you download copyrighted material.

The problems of pirated IPTV

Pirate IPTVs, however, is by no means a good idea, even though they may seem like it. To begin with, there is a small risk of being prosecuted, even if it seems really unrealistic to think that the thousands of IPTV users closed these days can be tried.
The main problem of pirated IPTV is that related to their unreliability because the links of streaming TV channels change constantly and sometimes they are closed and deactivated after a few hours, maybe even while you are seeing something.
Worse still are the illegal paid services (just search on eBay to find lots of them), which have prices between 5 euros and 15 euros a month, without any regulation and assurance that the service can work. Furthermore, by sending payments, you are also registered with the consequent risk of being prosecuted and fined.

In conclusion, waiting to see a real transformation of traditional TV into IPTV, it is still convenient to pay for a subscription service from one of the popular sites to watch movies on the internet or one of the online services for watch football in streaming on PC and TV.

Instagram: the test for sharing NFTs via Digital Collectibles is underway

Download more than 100 free games for PC with Game Downloader