Home Technology How is the PS5? analysis and guide of the new Playstation 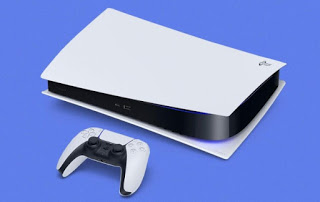 The new Sony console, the PlayStation 5, was officially launched in Italy starting from November 19 and, like any technological innovation that crosses the boundaries of age and social groups, it has become in a very short time impossible to find (at least for the period initial). While waiting for the availability to become greater to meet the huge demand, we want to meet users who play occasionally and who are thinking about the PS5, so as to choose whether it is worth queuing for the new console, if it is preferable to aim at the competition or if it is still worthwhile to focus on consoles that are easier to find at the moment (like the PS4).

In this guide, we will show you the unique features of the PS5, that is, those features (hardware or software) that currently cannot be found on any other console, even the new generation. This should greatly facilitate the choice since not everyone may be interested in these features and therefore want more from a console; vice versa, those who were still undecided could make the final decision and try to grab one of the PS5s on sale.

Although the innovations introduced with the new Sony console are really numerous, we have tried to extrapolate those that, in our opinion, are the unique features and strengths of PS5, so that any interested user can evaluate if these are sufficient to spend the sum necessary to obtain the console.

One of the strengths of the PS5 is undoubtedly the new internal SSD, soldered directly on the logic board and able to reach really high speeds (from the official specifications we get a reading speed of 5.5 GB / s with Raw data, over 9GB / s with compressed data). 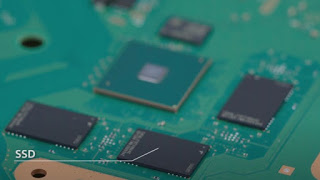 This high speed translates into really minimal load times (we’ll probably never see a load) and, not to be underestimated, the large bandwidth of this custom memory system will allow you to download a new game from the PlayStation Store or from a disc while playing another game, without noticing any slowdown or indecision in real-time data processing, taking console multitasking to a new dimension. 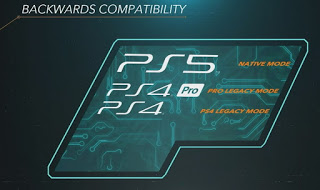 This feature will allow us to play all PS4 games that we already have (if owners of the previous console) and, if we are new to the world of video games from Sony-branded consoles, it will allow us to buy the best PS4 games now and start having fun, without having to wait for the release of the new titles for PS5 (which will still be numerous). To this we add that PS4 games already have a very low price compared to PS5 games (€ 20 to € 50 versus € 50-80 for PS5 games), this could make a difference for those who, once they have the console, immediately wants to have fun while spending little. To learn about backward compatible games and games that run only on PS4, just visit the official PlayStation site. 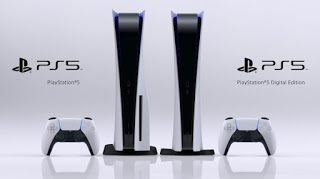 If we have a fast Internet connection (an FTTH or FTTC of at least 60 Mega) it might be a good choice to go for the PS5 Digital Edition, so as to save something on the final expense (100 € less) and benefit only of games in digital version, i.e. purchased directly from the PlayStation Store. These games will always be available and associated with our PlayStation account, just log in to have them immediately available; if we don’t have a particularly fast connection, we also love watching 4K UHD movies with Blu-ray discs or we want to save on the purchase of games we recommend the classic version with a built-in reader.

The version with the reader is definitely the most flexible one: we can buy on Amazon or other platforms disc games on offer (often much cheaper than the PlayStation Store offers), we can borrow the game disc from a friend (if he no longer wants it) and in turn resell the discs of the used games. The only real flaw is that every time we want to play we must necessarily insert (when starting the game) the optical disc in the reader, even if the PS5 installs all the game on the internal SSD (much faster); this limitation was studied for the copyright, so as to prevent a single disc from being used simultaneously on multiple consoles (only those who always have the disc at hand will be able to play).

What for many is the only real unique feature of PS5 is the new controller, nicknamed DualSense and already available on Amazon for less than 70 €.

Compared to the old controllers for PS4 or any other controller, the DualSense is designed to offer a truly immersive gaming experience, thanks to some important innovations such as the adaptive triggers (which change the pressure resistance based on what we do on the screen), the haptic feedback (which gives a vibration of different intensity and ability to concentrate us in some points of the same controller), the integrated microphone (can be deactivated with a simple button), lo dedicated speaker (for an enveloping sound), the ultra-sensitive touchpad, a system of gyroscopes and accelerometers (which always detect the position of the controller) and the built-in lithium-ion battery (with at least 10 hours of continuous play). This controller is so innovative that it has a separate operating system (capable of automatically updating once connected to the console) and a dual charging system (front USB Type-C port and dedicated copper contacts on the back, to use a station customized charging station).

For fans of technology, the datasheet, which should give an idea of ​​the technological innovations present within PS5:

What immediately catches the eye is the expandability of the internal memory: thanks to the use of a new generation M.2 SSD card (which we also talked about in ours dedicated guide) we will be able to expand the almost 900GB of internal memory, so as to have more space to install games. Given the high speed of the PS5 SSD memory, all memory cards suitable for use on the console will have to be certified by Sony: in this way, we will not run the risk of installing a memory that does not spin as fast as the one integrated inside the console. Another little advertised but really noticeable feature is the silence of the console, even when very demanding games are played; these cooling capacities are guaranteed by a large fan, a tubular heatsink, and the p TIM, which is a thermal paste composed of liquid metal in a silicone case. 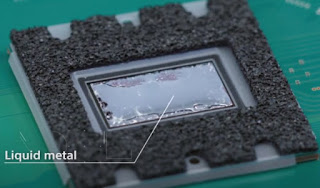 Thanks to this solution, the CPU always remains at a very low temperature, making the support fan spin at low speed, so as to make the gaming experience as silent as possible. Obviously, everything also depends on the version of PS5 in use: the Digital Edition is really silent, while the normal PS5 will only be heard when we insert an optical disc in the reader (nobody can do anything about this).

That the PlayStation 5 is a one-of-a-kind console is shown only by the cold numbers and words spent in this article, but also by the welcome that ordinary people have given it: just see what has happened since launch, with people who are willing to spend up to € 12,000 in order to grab one (real sales prices on eBay and other auction sites). Without giving in to these follies we can tell you that, when the console will be available on a large scale, probably it will please all fans of Sony consoles but it will know how to carve out a special place even among casual new users since the unique features are not lacking.

If we prefer to play on PC with a power equal to or greater than the PS5, we invite you to read our guides Most Powerful PC Ever – Better Hardware Parts Today is How to build a game console with PC pieces.

Reset your PC from all programs and apps