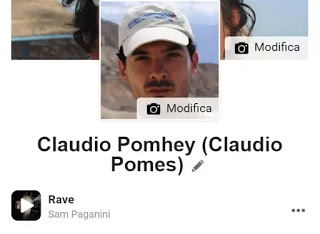 If words and images are not enough to define our personality, Facebook now offers the possibility of adding a music track to the profile. The song, which can be chosen from millions of songs, is not just a written title but can be heard with a touch by anyone who visits our profile.
This recent Facebook feature is rather hidden and not at all easy to find; the music on Facebook, in fact, can be easily added to the stories, but I think few know that you can also add it in your profile to let others listen to it.
Music and songs will not be played automatically when someone visits the profile, people will still have to press the play button in the player that can be positioned, if desired, under the cover photo. READ ALSO: Best Facebook tricks to add features and see more things

Add a piece of music to your profile

First of all, it is important to note that the function of music in Facebook profiles is supported only from the mobile version of the Facebook site and from the apps for Android and iPhone. There is no music on Facebook profiles or even Facebook Stories in the desktop version of the site.
To find the section Music in your Facebook profile it is, therefore, necessary to open the site from a mobile or from the app and go to the profile page. Here, you need to scroll down until you find the tabbed section Photo is Important events, immediately below the box where you can write a new post. 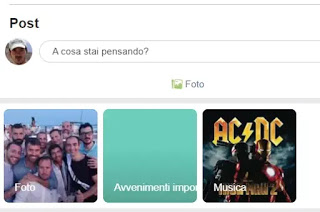 Tapping the Music tab the first time, a blank screen opens with a + button to add favorite songs to the profile. The list of songs that appear is the most popular of the moment, but using the search bar at the top you can find almost any song. Indeed, Facebook’s music comes from Spotify, whose catalog is enormous.
Once a song is added, it can be heard by pressing on its cover, even if only for 1 minute and 30 seconds. To hear the entire song you can press the button that returns to Spotify. The songs put on Facebook can be listened to by all those who enter our profile.

Fix a song at the top under your photo

As mentioned above, it is possible to highlight a piece of music in the profile so that the title, the author and also the key appear to hear it immediately under the cover.
To do this, go to the list of songs added to the Music section of the profile and then press the three dots button next to the song title to highlight and choose the option for fixing the track at the top of the profile.
All those who look at our profile from the smartphone can then press the Play button and listen to the highlighted song under our name.

At any time it is possible to remove the track set at the top or replace it with another. Just add another song in the Music section and then touch the button with three dots to fix it on the profile instead of the current one.
From the menu, with three dots you can also remove songs from your list of favorite songs.
Finally, it should be noted (as you can see in my profile) that all the songs added to the Music playlist on the Facebook profile are public by default and can be viewed and listened to by anyone who passes through our personal page.

To use music in stories Facebook will be enough to create a new story and then use it inside Music Sticker. This only works from the smartphone. The music sticker reproduces a selected section of the chosen song for 15 seconds if added to an image or a simple background with text. If the sticker is used on a video, instead, the music will last for the duration of the video (less than 15 seconds). 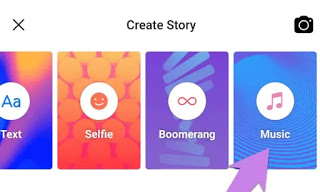 Having created a new story with background, photo or video, open it to see it and then press the button that adds new Stickers. At the top, scrolling through the various options, you find the button to add a piece of music and even in this case you can do a search using the enormous availability of Spotify.
On the next screen, Facebook will automatically play a popular part of the song and you can choose another section of the song using the star icons or slide your finger on the bar to customize the part to be played
After adding the music to the story, you can touch the tab to change the style, background, color or add text and stickers.

You can even create a story with music in a direct way.
When creating a new story, you can scroll through the options at the top and tap Music to add a chosen song to others to listen to. After adding the music, you can customize the story by adding writings, images or other stickers as you normally would.

Most affordable and reliable internet home offers ADSL or Fiber