Home Technology How to choose compatible motherboard and computer CPU 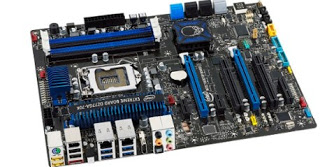 Every time we want to build a new PC, assembling it at home, we will have to be extremely careful in choosing the motherboard, since we risk taking a product incompatible with the processor we intend to use. So in this guide, we will see how to choose a new motherboard based on compatibility with the processor fact, these two parts of the computer are closely connected and should always be purchased together.
We will not see in this post a collection of models, but only some general considerations on how to choose the processor of a new PC and consequently, the motherboard compatible with that processor, then referring to other items for some models for sale.

READ NOW: How to find out which motherboard in the PC

How to choose the motherboard and CPU

In another article, we talked about the important things to know before choosing the processor to buy, where we can find general information on how to choose a good processor
Summing up, computer processors maybe Intel or AMD, the two most famous manufacturers for home processors.
The Intel has an extra gear in terms of power and is available as Intel Core i3, i5, i7, and i9: each number next to “i” corresponds to a version of the processor, which quickly identifies performance (from the economic i3 to the powerful i9).
AMD processors have always been the preferred ones to spend less and have a PC with excellent performance without exaggerating costs. Currently, the best are those identified with the acronym Ryzen, a new generation of AMD processors very powerful in everyday use.
We have seen in another article the differences between Intel and AMD processors, to which we can draw to understand what the differences between the two producers are in practice.
In the following chapters instead, we will show you which motherboard to associate with the various Intel and AMD processor models, so as to make a choice appropriate to the CPU power we are going to buy; you will, therefore, have the certainty of having maximum compatibility. In addition to the socket (ie the slot where the processor resides) we will have to pay particular attention to the chipset, since it is fundamental to make all the potential of our processor express (an inexpensive chipset on a very powerful CPU will cut the performance of the latter, making the PC built slow). 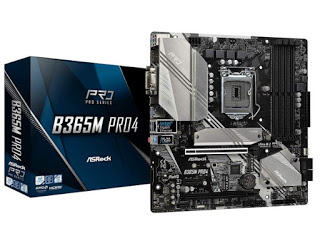 If we intend to build a cheap but powerful PC for all daily operations, we advise you to focus on the Intel Core i3 9100F (€ 121) and join the Asrock B365M Pro4 motherboard (€ 88), a form factor motherboard microATX, support for DDR4 RAM, 6 SATA 3 connectors, 2 M.2 slots, 7 USB 3.1 ports and B365M chipset, compatible with the new Intel CPUs without even updating the firmware. 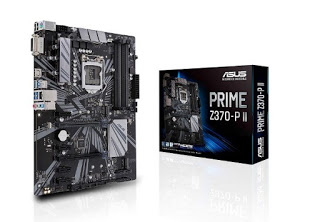 If we want a powerful computer but without spending a fortune, we can focus on the Intel Core i5-9600K (€ 244) and join the Asus PRIME Z370-P II (€ 125) motherboard, which has support for DDR4 RAM. (also in overclock), 6 SATA 3 connectors, M.2 slot, 6 USB 3.1 ports, and the Z370 chipset, updated to support all ninth-generation Intel CPUs (it should be compatible from the start; in case of problems it is sufficient to update the BIOS / UEFI motherboard to start the processor correctly). 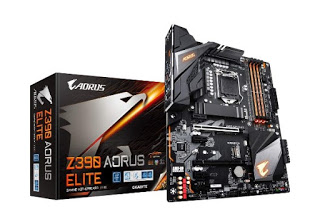 In order to build a very powerful computer to play and to do video editing, we will have to start with the Intel Core i7-9700K (€ 367) and insert it into the Gigabyte Z390 AORUS ELITE (€ 187) motherboard, which can support the processor thanks to support for DDR4 RAM (also in overclock), 6 SATA 3 connectors, 2 M.2 slots, 8 USB 3.1 ports and Z390 chipset, already ready to support all new Intel processors. 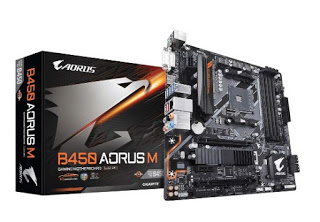 To build an inexpensive but adequate computer for all daily tasks, no one beats the combination of the AMD Ryzen 3 2200G (€ 90) and the Gigabyte B450 AORUS M (€ 89) motherboard, with the latter having support to DDR4 RAM, M.2 slot, Realtek GbE network card, USB 3.1 and B450 chipset, perfectly optimized to support the second generation of AMD Ryzen processors without any BIOS / UEFI update. 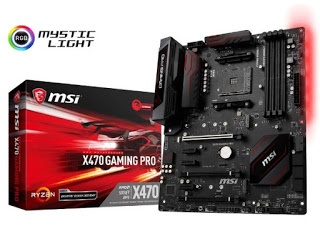 If we want to build a powerful computer to play, we will need the AMD Ryzen 5 2600X (€ 178) processor together with the MSI X470 GAMING PRO motherboard (€ 148), the latter equipped with support for DDR4 RAM, slot M.2, Realtek GbE network card, USB 3.1 ports and X470 chipset, able to pull off the power of the processor and any connected dedicated video card, so you can play without compromise.

If instead we want to build a very powerful AMD computer, capable of not making us miss the Intel Core i7, we will have to equip ourselves with the AMD Ryzen 7 2700X CPU (€ 308) and join the MSI X470 GAMING M7 AC motherboard (€ 288), this ‘last equipped with support for DDR4 RAM (with overclocking included), automatic overclocking of the processor, 2 M.2 slots, Realtek GbE network card, Dual Wi-Fi network card included, USB 3.1 ports and X470 chipset.

That being said, we come to the general advice on which processor and motherboard to choose. It is not worth saving on the motherboard, because having a quality one ensures greater stability, greater compatibility, and general level performance. Choosing a cheaper processor could be a good idea if you want to save something, while if you choose high-performance processors we have to join the equally powerful motherboards, otherwise, we won’t be able to use the processor properly.
In addition to the CPU, we will also have to carefully choose the RAM memories and insert an SSD disk or better yet one SSD card M.2, just so we can have a really powerful computer.

We have shown you in other guides How the motherboard works is How the computer’s motherboard is made; if instead, we are interested in understanding how to mount the CPUs and the motherboards that we have advised you, we can read our guide on How to assemble the PC, assemble the parts and build a computer from scratch.