Home Internet How to find a movie title from a scene

Sites to search for the title or name of a movie if we have only seen a part or even a single scene. 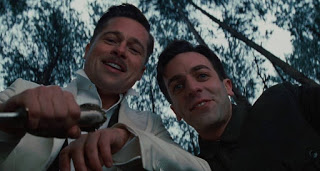 With all the films we have seen in the course of our life, it could be very difficult to remember exactly the title of the video, perhaps starting from a scene that we remember or from the name of the actors who are part of it.
In these cases, we can avoid bad impressions and immediately find out the name of the movie we are looking for using the power of the Internet and some powerful search sites, so that we can immediately derive the name of the elusive film.
In fact, in this guide, we will show you concretely how to find movies from a scene, so as to be able to solve the mystery and forever associate a famous scene (or cult movie scenes seen only by us and a select few) to a certain film.READ ALSO: Find the title of music and songs heard on the PC

How to recognize movies from a scene

The sites that we will recommend below will allow you to retrieve the title of the film starting from the name of the director, the name of the actor present in the scene, and other details that we can remember from it.
Obviously, the more details we remember about the scene, the easier it will be to retrieve the title of the film we are looking for.

What Is My Movie

The first site we can try to recognize movies from a scene is What Is My Movie, a site unfortunately only available in English. 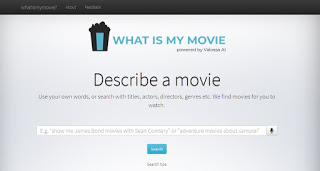 Within the search bar we will have to enter all the details we remember of the scene of the film, so as to speed up the search process; once all the details have been entered, click on Search and check if the film we were looking for is also included in the results.
If we do not know the English language well we can translate the clues of the scene using the Google Translate site or the services covered in our guide Best sites to translate languages ​​and words with automatic online translators.

If we are looking for an even more powerful tool to be able to search for any movie starting from a few details present in a scene, we can use the advanced search engine of IMDb (Internet Movies Database), currently one of the most complete for finding movies.

By scrolling down the page we can find search items suitable for the type of need described in this guide, that is Plot (where we can describe the plot of the film) e Cast / Crew (where we can insert the name of the actors that we surely know).
To search for the film, simply fill in as many fields as possible, including the presumed release date of the film (we can also enter a range of dates, so as to improve the results) and the film major that produced it (always if the scene that we remember is at the beginning, where there is also the theme song of the major).

Unfortunately, this site is also in English, so we will have to use one of the methods described in the previous chapter to translate words from Italian to English.

It might seem a stupid and trivial thing but the Google search engine can perfectly understand which movie we are talking about, even starting from very few details of a scene! To be able to use it, just use the search strings “movie in which “ or “film with ” or a combination of both, so as to obtain a list of films compatible with the described plot (even a simple scene) or to see all the films that a particular actor has made (which is much longer, since there could be hundreds of them).

Do we want to try an alternative search engine to find movies from a scene? In this case, we can cross the results obtained by Google with those obtained from the search engine developed by Microsoft, which is Bing.

Using the same search phrases seen for Google, that is “movie in which “ or “film with “, we will be able to search for the film whose name we do not remember by entering a few details or the name of one of the actors that we surely remember, so as to obtain a very explicit list of suggestions.
Compared to Google, the Bing engine tends to be less precise, but it will be enough to scroll through the various results to immediately find the title of the film we were looking for.

To find out about other effective search engines that can replace (at least partially) Google, we invite you to read our guide Google alternatives to search the internet.

The last site where we can start a search and find movies from a scene is undoubtedly YouTube, the video-sharing site where there are also trailers of the latest movies or snippets of very famous movies.

Since the search engine integrated on the site is derived from the one available on Google, it will be sufficient to intelligently use the search strings seen in the two previous chapters (“movie in which “ or “film with “) to find the movie trailer, a clip of the movie or even the entire movie (if this is available for rent or purchase on YouTube).

After finding the film we can decide to rent it or watch it in streaming using one of the services seen in our guide to Online movie rental sites or streaming subscriptions.

With the numerous tools at our disposal, we can discover the title of a film starting from a few details, such as the face of a famous actor or a very important detail of the film.
Obviously none of the tools indicated gives the absolute certainty of finding exactly the film we are looking for: it may be necessary to remember a few more details in doubtful cases or in the case of similar films (often there are also remakes of old films, which do not help in the search).

If we are looking for ways to follow our favorite movies on TV or on a smartphone / tablet, we recommend that you read our insights How to watch TV series and movies on Telegram or Movies and TV Series on Amazon Video, free for Prime subscribers.

Sites to buy PC components at the best price

Sites to create videos with photos, music and transition effects