Home iPhone How to Free up RAM on iPhone 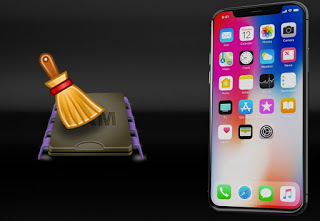 The iOS operating system on the iPhone has an excellent management of the RAM memory, so we will rarely have to intervene to resolve the situation. However, there are cases in which the iPhone slows down due to too many apps open in RAM or for some badly optimized app that tends to use more memory than necessary.
If therefore the iPhone seems to be a little slower than normal and if trying to open an app it does not start immediately, we will show you in this guide how free RAM memory on iPhone quickly and quickly, without complicated or difficult to understand procedures.
In this way, we will be able to make the iPhone snappy even with many apps installed (a very common scenario if we have been using the iPhone for many years without ever having manually optimized the RAM memory).READ ALSO: speed up the iPhone and optimize iOS

Free up RAM on iPhone

The methods collected below can be applied to all recent iPhone models that have iOS 12 or later releases as an operating system. If we do not have at least iOS version 12, we advise you to proceed with the system update (if available) or to buy a new iPhone.

Use the Home button on the closing screen

For iPhones with a physical Home button that are still supported by Apple (iPhone 7 and iPhone 8), we can quickly free up RAM by pressing and holding the shutdown button on the unlocked screen and as soon as the slide appears Scroll to switch off, press and hold the button Home at the bottom until the unlock code request appears. 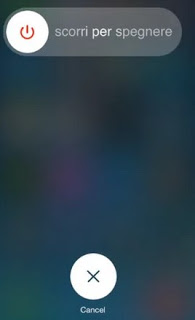 If you now go to press the Home button twice to see the running applications, you will notice that they are still present but that, trying to open one, it will be reloaded from scratch as would be done by clicking on its launch icon. The only thing to note is that the iPhone must already be unlocked otherwise, keeping the Home button pressed, Siri will activate. In this way, the RAM memory of the iPhone will be immediately reinitialized and we will, therefore, be able to benefit from a higher speed than before.

Just like on Android, iPhone also lets you access apps left in the background, so you can manually close them when we notice an excessive slowdown on our phone. To do this we press twice on the Home button (up to iPhone 8) or scroll from the bottom edge to the center of the screen and hold (on iPhone X and later) to open the switcher with all the apps active in the background. 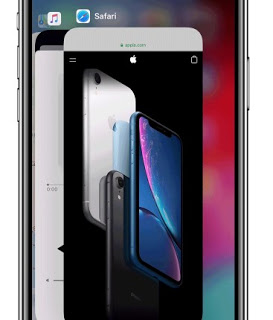 From this menu we scroll right and left to view all the apps, so we swipe upwards (starting from the app window) to close it definitively. To empty all the RAM we will have to repeat the steps for each window in the switcher, but this could lead to a delay in receiving notifications from the messaging app: therefore we only act on really unused apps, avoiding to close all the apps without criterion like on Android (where often there is also a button) Close all).

Prevent running apps in the background

To avoid that one or more apps remain in RAM even after closing, we will have to act in the iPhone settings to correct this type of behavior. Let’s open the app Settings, let’s tap on the menu General and finally we press on the item Update app in the background. 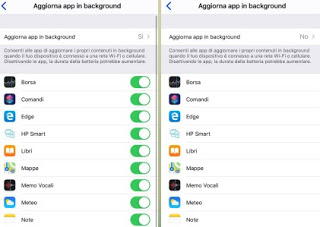 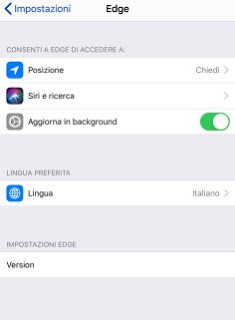 Obviously we will have to act with criteria, to avoid that even use apps like WhatsApp, Telegram, Instagram and Facebook are not able to remain active in memory and send us notifications.

If we no longer use one or more apps, instead of disabling the execution in the background it is advisable to remove them completely, so as to save RAM and internal memory. To uninstall an app, simply press and hold your finger on one of the apps on the Home screens, then click on Reorganize the apps then tap on the X symbol on the top left corner of each uninstallable app (which at this stage vibrate). 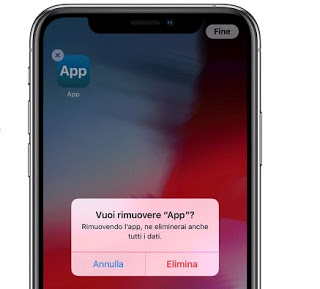 The iPhone can automatically uninstall the unused apps, so as to free up the RAM memory when needed; to enable this feature, open the app Settings, we tap on the iTunes Store and App Store menu, scroll through the screen and finally activate the item Remove apps you don’t use. 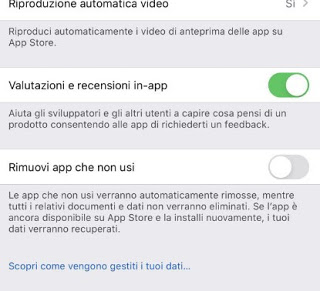 After activation, the iPhone will uninstall the apps never opened for a few months, so as to leave the RAM only for the apps we use frequently.

As a last resort, we can free up RAM memory on the iPhone by turning the device off and on again, so as to be able to free the cache in memory and prevent the launch of apps in the background that we had already optimized. To turn off the device, hold down the button Power for a few seconds, then swipe the swipe Scroll to switch off to turn off the device. We wait 2 minutes, then press the button again Power until the Apple logo appears. 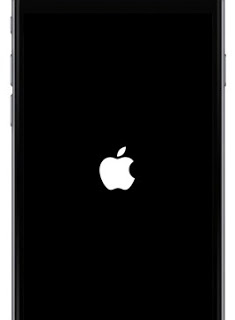 If even the reboot solves the problems of the slowness of our iPhone, we advise you to proceed with a factory reset, as already seen in our guide on how to Factory reset iPhone and iPad by deleting and restoring data.

The iPhone is a very optimized smartphone and hardly needs to free up the RAM to speed up the device (especially on newer models). However, if we have an old iPhone still supported and we notice some slowdown (even sporadic), we apply one of the methods seen above to free up RAM memory on the iPhone and make the device come back as snappy as when it was first started.

If the methods described are not sufficient to speed up an old iPhone, we refer you to reading our article on How to make an old and slow iPhone come back fast.

How to create a private torrent with qBittorrent

Recover photos and videos received in Whatsapp, if deleted

Change Colors in Windows 10, Dark or Light on Menus, Windows and desktops