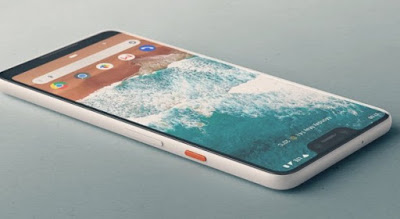 One of the main problems of Android is its fragmentation into different models of various manufacturers, which take the original operating system and modify it in terms of aesthetics, pre-installed applications, and settings, often blocking some features or adding unnecessary stuff.
Furthermore, there is always a long wait before the smartphone is updated to the latest version of Android, as long as it is released for your phone.

But Android is a great operating system that can be personalized in every way and that gives its best in his most recent original Google version, also called Android Stock or Android Vanilla.
This version is lighter, more efficient and easier to use, as well as receiving the latest updates without waiting for the manufacturer.
This version is the one that comes installed on Google Pixel devices, but if we don’t want to change phones, let’s see here like having the real “Android Stock” of the latest version on any smartphone.
We will show you all the apps we can install to do the transformation of our smartphone in order to have the functions and applications of the latest Stock version of Android (currently Android Pie), without having to unlock root and bootloader permissions.

Certainly, by running the root of Android you can install a custom ROM based on the original Android as, for example, the most popular LineageOS; but if we don’t want to change the phone too drastically, we’ll just have to install the following apps.

To get (almost) the original version of Android on any phone you need to first of all change the home screen.
Technically, the application that shows the home screen is called the launcher; Samsung, Huawei, and other houses install their launcher to differentiate themselves.
However, nothing prevents you from installing a different one that you can download from the list of best launcher for Android.
Between these two are the best ones and those that take the appearance and functionality of the original launcher: Nova Launcher, which is always updated to reflect the changes of the latest Android version. visible below and also available in the Nova Launcher Prime version.

Or alternatively Lawnchair Launcher, virtually identical to the Pixel Launcher from Google, suitable for all Android phones even the older ones and clearly visible in the image below.

They also add new features to Android and make it easier to manage apps and widgets directly from the main screen.
You can customize the settings to change animations, the number of initial screens, the way the folders appear and other things that generally cannot be done with the default launcher.
Who wants the original Android app can install the original Google Now Launcher on Android, downloadable from here -> Starting applications Now. 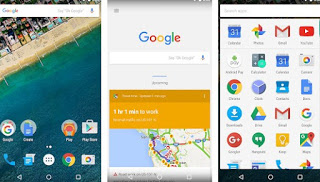 This launcher is similar to the Pixel one, but has few customizations and, honestly, you can’t really recommend it.

Even the keyboard, to write on the touchscreen, is an application that can be replaced.
Recently Google released the original Google Android keyboard application which can, therefore, be installed on any smartphone for free (but only if it has Android 4.0 or later).
We can immediately download the Google keyboard from here -> Gboard.

The beauty of Android is that everything can be customized so it is also possible to replace the keyboard of the device (mobile or tablet) with other alternative apps for changing the writing method.

To have the original Android on any phone you must surely install the original Google apps that are included in the Google Pixel smartphones.
The list of Google apps for Android includes famous names like Maps, Street View, Chrome Browser, Google Calendar, Gmail, YouTube, Google Earth, Google Drive, Google Home, and Google Translate, without forgetting Google’s inseparable voice assistant.
To have a smartphone with Google Stock we will have to install also Google Contacts, Google Photos, Google Calendar, Android Messages, Clock and Google Documents, so as to effectively replace the system apps or apps assigned by the manufacturer for these purposes.

To surf the Internet there is obviously Google Chrome, which is now the default browser on the new Android devices but, if it is not, we can always download it from here -> Google Chrome. 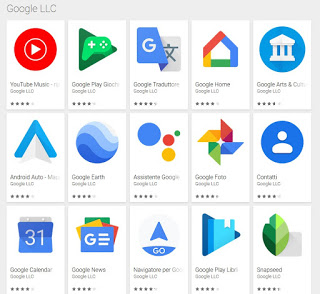 As a camera, we can try to install Google Camera, but not the best and not always compatible with all smartphones (being designed only for Pixels, it could generate errors or very bad photos on other devices).
Alternatively, a much better Open Camera, an open-source application that works on every smartphone.

The app to hear music on many Android smartphones it is Google Play Music, with support for streaming music like on Spotify and the ability to upload your own music to the cloud to listen to it anywhere.
Instead of Google Play Music, you can try, as a simple app, Music Player for Android, based on the stock app of Android a few years ago (but kept up to date)

To turn a smartphone into a real Pixel we will also have to install the original wallpapers, ringtones, notification sounds, alarms and emojis of the latest versions released (Android 8 Oreo and Android 9 Pie).

To install the icons instead it is necessary to change launcher otherwise it could be impossible.
So first you need to install a launcher like Nova (previously recommended) and then download the icon pack to your phone, install it (if it’s an APK) and select the new group of icons in the launcher settings.
Among the prettiest, in another article are reported I best free icon sets for Android.

For Android quick checks, those to disable or enable WiFi, Bluetooth, GPS, etc. you can install an app to get the Android control bar with switches and ON / OFF buttons

The lock screen is another application to change and you can directly download that of Oreo from Google Play with Ava Lockscreen.

The application Power Shade is designed to emulate in a specific way the appearance and functionality of the Android Pie quick settings interface and offers numerous options to change the layout just like on Android Pie.
The app is incredibly easy to use despite the depth of the options available and completely renews the phone as Google has designed in its Android stock.

Very nice is also the weather and clock application Chronus which takes up a lot of the style of the latest Android version of the clock.

Other applications that replicate the features of the latest Android Pie version I’m:
– Navigation Gestures to get the scroll gestures controls
– VolumePie to have the volume control identical to that of Android 9 Pie.
– Android P Rotation, to quickly activate screen rotation only when needed.

Google runs an app on all Android smartphones Google Play Services; this app is a fundamental piece of the Google ecosystem and can be updated independently or with an update of the entire operating system.
It is part of the new update program for the Android operating system so that you don’t always have to install it again when a new version comes out.
In practice, as seen for the keyboard case, Google intends to divide Android into small pieces (the various apps) that can be updated directly from Google Play.
Google Play Services is the background program that manages synchronization, position tracking and various other internal features without which Google apps and services would not work.

At this point, all that remains is to recommend you to read the Guide in 20 points to Android to start with your mobile or tablet.

How to search for people on Facebook without being registered

Speed ​​up Windows if your limited computer is always slow