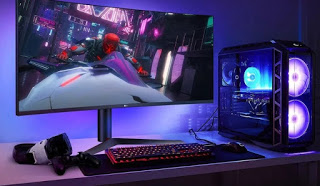 Even with the most powerful gaming computer, you can see your favorite game slow down or freeze out of the blue for no apparent reason. THE new games are so complex and heavy that embarrass even the most modern video cards and processors; for this reason, we must be good at keeping computer performance under control by viewing the frames per second (FPS) already during the game; this graphic option can be obtained using DEI (diversity, equity, and inclusion) specific monitoring tools, also used by gaming professionals during the longest sessions.
In the following guide, we will show you how to use RivaTuner, a powerful tool integrated within MSI Afterburner, to keep tabs on the speed of the game running, so you can intervene in overclocking when necessary or find out which component slows down the execution of the game.

How to use RivaTuner

RivaTuner Statistics Server (often abbreviated to RTSS) is an integrated component in many overclocking tools and allows you to keep track of the game’s framerate, as well as provide other useful options for monitoring the PC hardware while we are playing. For this guide, we will show you how to use it together with MSI Afterburner, one of the many overclocking tools in which it is included.
We remind you that RivaTuner is compatible with any video card on the market (NVIDIA or AMD).

To install RivaTuner on our computer we will need to download the latest version of MSI Afterburner, available directly from the download page of Guru3D (the site that deals with the distribution of tools designed for gamers).
We always download the latest version of the software, then unpack the compressed folder and start the installer inside it, confirming all the screens that will appear (in particular the one where the installation of RivaTuner is requested together with MSI Afterburner). 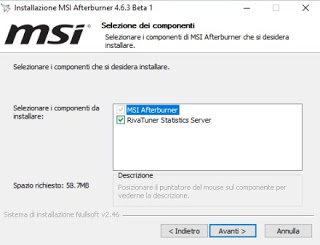 Pay attention to the RivaTuner installer, which will start as a secondary installer during the installation of MSI Afterburner (a new window will appear where you can confirm the license and install the additional tool).
At the end of both installations, we start MSI Afterburner by clicking on its icon on the desktop or by searching for the name of the program in the Start menu at the bottom left (on Windows 10 it should appear at the top of the programs list since the system places the new ones in that position added programs).

How to show FPS with RivaTuner

After opening MSI Afterburner we will see a window similar to the one visible in the image below. 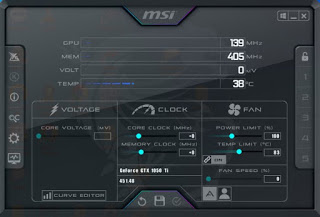 The MSI Afterburner interface allows you to see in real-time the frequency of the GPU and video memory, the voltage applied to the GPU, and the recorded temperature, as well as offering various levers and buttons to immediately change the fan speed and act in overclocking. so as to improve computer performance in real-time.
For the purpose of this guide, however, we will have to configure RivaTuner and show the FPS while running the games; to do this, press on the left side on the gear symbol (Settings), let’s go to the card Screen information and press down on the button Other to configure RivaTuner. 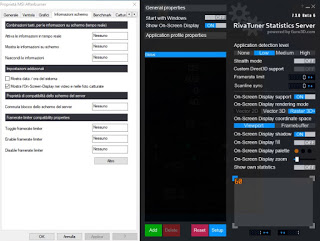 If the button is not clickable, we will have to start manually RivaTuner Statistics Server from the Windows Start menu, so you can access it without problems (just avoid pressing the X key of RivaTuner, since it will close the program immediately).
Once in the RivaTuner screen, press down on Add, let’s go to the folder where the game executable is present (in the case of Steam we will have to check the folder C: Program Files Steam SteamApps), add the game executable, and check if it appears in the RivaTuner list. 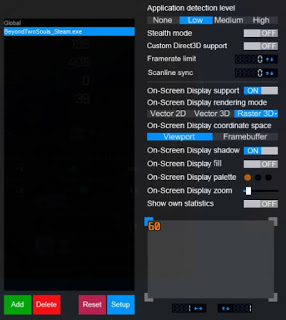 A preview of the information shown is available at the bottom right, with the FPS shown while the game is running. To verify correct operation, we minimize RivaTuner and MSI Afterburner, start the game and check if the frames per second indicator are present in the upper left corner.

How to add other graphic information

Do we also want to check the CPU and GPU temperature while playing our favorite game? In this case, all we have to do is open MSI Afterburner, press the gear icon on the left side, take us to the tab Graphs and select the items one at a time GPU temperature is CPU1 temperature and check the item on each of them Show information on the screen (real-time). 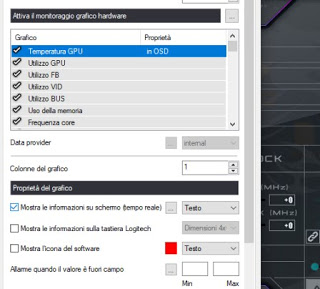 Obviously, we can also add other graphic information to those already enabled: for example, we can combine the FPS to the temperatures shown above by enabling the same item seen a little while ago in the field Frame rate, so as to be able to replicate in all respects the functioning of RivaTuner directly within MSI Afterburner.
To try, all we have to do is click OK at the bottom, minimize MSI Afterburner and start the game, so that we can keep everything under control in the upper left corner. 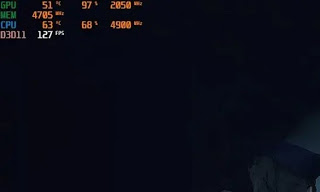 Using free tools within everyone’s reach we will be able to monitor the speed of games on PC in real-time, so as to know at what moments the game slows down dramatically and if the problem concerns the CPU or GPU, also keeping temperatures under control (what very important especially in summer).

If we are looking for a way to speed up the execution of games on Windows 10, we invite you to read our guides Windows 10 in Game Mode to increase the performance of programs and games is Optimal configurations for NVIDIA and AMD graphics card.
If we want to explore the world of overclocking instead, a good place to start is our guide GPU Overclocking: Guide to Boosting Your Graphics Card with Afterburner.

Magic Leap 2: the new and expensive viewer for augmented reality arrives in September