Home Pc Guide How to mute the PC 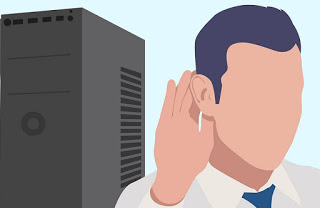 While we work or study, there is nothing worse than hearing the computer fan starting at full speed, making us lose the concentration achieved up to that moment. If we are in the office, we can also run into another annoying problem: our PC starts emitting sounds and notifications even with the screen locked, causing annoyance to everyone around us.
To overcome these two problems we have decided to create a complete guide on how to mute the PC, minimizing the noise emitted by your desktop or notebook PC and silencing all sounds emitted when the screen is locked or the screensaver is active.
By doing this we will be able to quickly recover the lost concentration and, in the case of the sounds emitted by the computer in our absence, we will avoid disturbing our colleagues while still at work.

How to reduce computer sounds

Making a PC completely silent is feasible, but we cannot expect absolute silence: a minimum of noise is emitted from every electronic component (electromagnetic hum), so we will never be able to recreate a totally silent environment.
However, we can reduce all noises to a minimum so as to recreate a comfortable environment, so you can work, play or watch a movie on your computer without being disturbed by fans or other annoying sounds.

How to reduce fan noise

The noisiest component in desktop and notebook computers is without a doubt the cooling fan, which varies its speed according to the power required by the CPU and the accumulation of dust on the heatsink and/or on the wings of the fan itself. 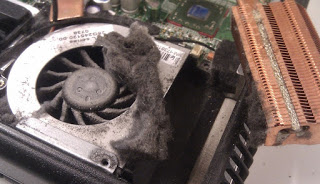 A good trick to reduce the noise of the PC fans is therefore to clean every fan in the computer at regular intervals, so as to improve the airflow and drastically reduce the speed and noise emitted by the fan itself. In this regard we can also read our guides How to dust the Laptop to clean it inside and out is Clean the monitor, keyboard, and inside of the computer from dirt.

If the noise of the fixed PC is still very high we will have to take into account the replacement of the heatsink with a new larger and more performing one, so as to minimize the rpm required by the fan for cooling the CPU.
As a reference model, we can use the Cooler Master Hyper 212 EVO heatsink, on sale for less than 40 €. 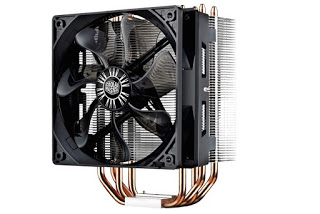 With such a large heatsink the fan will always spin at a minimum of spin speed, so you have a much quieter PC. In this regard, we can also read our guide CPU cooler: when to buy it new.

If we also have a dedicated video card we will have to minimize the noise of the fans present on it, since they can be a very high source of the noise. In this regard, it is advisable to immediately focus on video cards that offer the “Fanless” or “0dB” mode, ie that turn off the fans when the load on the GPU is minimal; an example of a video card of this type is the Asus ROG Strix GeForce RTX 2060 Advanced Edition 6 GB, on sale for less than 500 €. 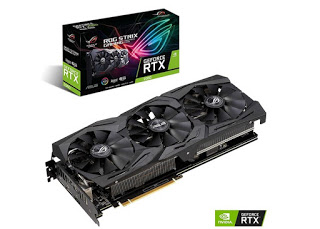 On these video cards, the fans don’t spin until the GPU load increases, effectively becoming super quiet when we’re not running a game and staying very quiet even when viewing a movie.

If we cannot make hardware changes on your computer, we can adjust the fan speed using the motherboard BIOS / UEFI or one of the programs seen in the guide How to change the fan speed in Windows 10.

Mute PC sounds in our absence

Does our PC keep making sounds even when we are away and the PC screen is locked? To solve this small problem, all we have to do is install the small WinMute tool, available for free for any recent version of Windows (from Windows Vista onwards).

Once the compressed file has been downloaded, open it and run the executable WinMute.exe; the program will be placed at the bottom right of the clock and system functions bar and, to operate it, all we have to do is press the right button on it and activate the items Workstation is locked is Screensaver starts. From now on the PC will silence all sounds by itself (including system sounds and sounds emitted by programs) every time we lock the screen or activate the screensaver (to quickly lock the PC we can also use the shortcut WIN + L).

If we need to restore the volume once the screen is unlocked, just activate the voice to Restore volume in the drop-down menu that can be activated using the right mouse button on WinMute; if instead, we want to quickly silence all the sounds we can click on the item Mute now from the same drop-down menu seen a little while ago.

Still talking about the volume control on the PC we can also read our guides Adjust and lower the volume automatically is Change Windows 10 audio and equalizer settings, so you can have everything under control and also automate the volume change as needed.

If our computer is always very noisy, we advise you to assemble one designed to produce as little noise as possible, as seen in our guide How to have a silent PC.
If the laptop is producing a lot of noise, the only way to make it really quiet is to adjust the PC power to a minimum using the power limiter seen in the guide. Power throttling in Windows 10 in battery saver mode.
Do we have the opposite problem, which is a PC emitting sounds too low? In this case, you should read our guide immediately How to turn up the volume above the maximum on PC, really very useful if we carry out meetings or streaming video calls.