The ping command is used to test the network status and the degree of connectivity of a computer with another computer (in a local network) or with an Internet site. Using this function, which is accessible from the Windows command prompt, the computer sends small packets of data to the computer or Internet site to contact and informs the user of the outcome of the operation.

If the ping is successful and the two parties (called hosts, in the jargon) manage to communicate, it means that there are no network or connectivity problems to the computer/site contacted. Otherwise, there is something to review either in the firewall of your system or in the site to contact (which could be temporarily unreachable). But what do you say if we now go into the subject a little more and see in practice how to ping a site?

If you want to learn how to ping a site, the first step you need to take is to launch the Command Prompt from the Start menu > All Programs> Windows Accessories. In the window that opens you must then type the ping command followed by the site address to ping without the “www” in front and press the Enter key on your PC keyboard to receive the result of the operation.

For example, if you want to try pinging Google, you need to type the ping google.com command and press the Enter key on your computer keyboard. At this point, the computer will send four packets of data to the Google site and show you the result of the operation.

If everything goes the right way, that is if you have no connection problems on the PC and Google is regularly reachable, you should see a series of type items  Reply by 173.194.35.51: byte = 32 duration = 49ms TTL = 52 where the size of the data packets sent and the time it took the site to provide an answer (pong, in jargon). Otherwise, you could display the item Expired request (usually when a firewall blocks the connection on the PC) or the word Destination host unreachable (when the PC is not the problem but the site is contacted). 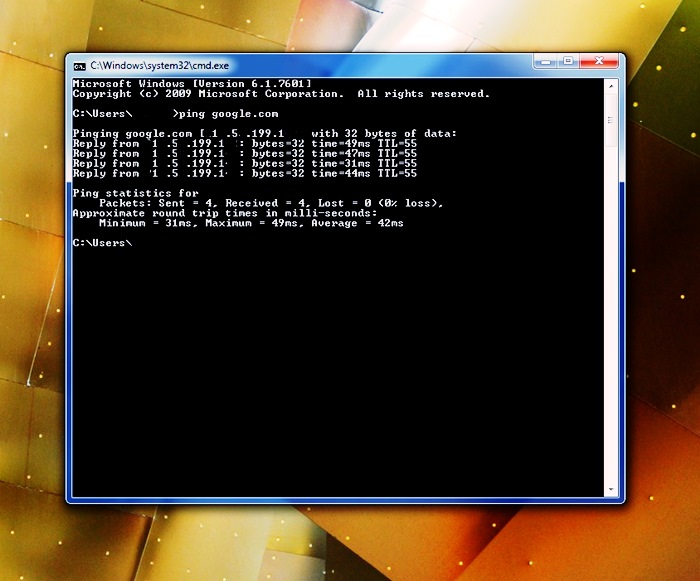 In short, you just need a little practice and for sure you will be able to master the ping command to test your connection. To view the complete list of advanced commands related to the ping tool and an explanation of how they work, give the command ping /? in the Windows command prompt and press the Enter key on the computer keyboard.

How to bypass proxy servers

How to protect Android from malware and malicious apps, viruses and spies