Home Android How to register the Android screen in a video 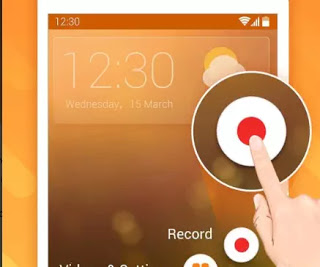 Smartphones with Android have screen recording functionality since version 5, thus offering users the possibility to record everything we watch or open on smartphones in convenient videos, great for tutorials or to show an app to a friend.
To create the video of the screen we can use both the apps integrated into many smartphones and use specific apps that we can find on the store, so as to also obtain new recording features.
In this guide, we will show you how to register the screen of Android in a video using all the supported methods and the best apps
We remember that from Android 5 onwards it is not necessary to have root permissions to register the screen.

1) Register the Android screen with the integrated app

Many Android smartphone manufacturers provide a dedicated app to record the screen, so you don’t have to use any third-party apps and have maximum compatibility. To check if our smartphone falls into this category, open the list of apps and search Record screen or Screen Recorder.
If we are lucky we will immediately find the right app to register the Android screen; for example on the Xiaomi, it is available the app Record screen that is light, simple but effective to record the screen. 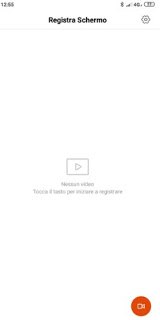 To start recording videos simply click on the center or bottom right, then click on the symbol Rec which will appear as a small overlay in a corner of the screen. At the end of the recording, we click again on the button to close it, so as to be able to save the video in the device memory. The procedure may be slightly different for other manufacturers, but the operation of the integrated apps is very similar to when illustrated.

Another method to register the Android screen is to take advantage of the app Google Play Games, available as a default app or can be installed separately on any Android smartphone. Once installed we open the preview screen of the game through this app (obviously it must be a game already installed previously on the phone), so we click on the top of the symbol in the form of a camera. After 3 seconds the game will open and our profile avatar will appear, overlaid, with the recording control buttons.

We click on the symbol Rec to start recording our game session, taking care to move our avatar to a corner of the screen where it does not cause any disturbance. As an extra feature, we can record our voice (by clicking on the button Mic) or add the front-facing camera, so you can also see our reactions in the video. Remember the app also records the sounds of the smartphone, then the sounds emitted by the game but also ringtones and calls. If we want to record anything else and not just the games, once we start the recording system in a game it will be enough to go back to the Android Home: as we can see the registration button does not disappear and we can use it to record anything (even other apps or procedures) within the video. Once registration is complete, click on Stop to stop recording; the video created can be saved in the memory of the device or shared immediately on YouTube, so as to enrich our channel of mobile gaming sessions.

3) App to record the screen on Android

If the best practices so far have not fully satisfied us or we want more control over the recordings, we can install another app on the Android phone to register the screen.

4) Register the Android screen from PC or on old phones

If we have a mobile phone with Android 4.4 or lower, screen registration is only possible by unlocking Android with root permissions, unless you use a special procedure by connecting the phone to the computer with the cable.
This procedure is also valid for all subsequent smartphone models, as it uses a special administrative functionality integrated into all Android versions.
To record the screen on old Android and without root, it is necessary, in a nutshell, to perform the following steps:

– From the developer options, we activate the entries USB debugging is Show touches.

– On the computer (Windows or Mac) we install ADB Universal Installer, ie the suite containing all the executables needed to administer Android via terminal commands.

– Then connect the Android phone to the PC and press OK on the mobile phone, when the request for USB debugging from PC will appear.

– We open a Windows command prompt window, take us to the installation path of ADB Universal Installer (using the cd command, see here how to use ADB), then we execute the command ADB devices to see if the Android device is recognized.

– If we want to record the video of the Android screen, make sure that it is unlocked and turned on, then type the command:

Once finished, in the prompt window, we press the keys Ctrl + C to stop recording, the video will be saved in the device memory and we can view it from any app to watch videos on Android.
The procedure is a bit laborious, but all in all not even difficult once the first time is done.

Ikea Vappeby: official the speaker that also acts as a lamp (with references to Star Wars)