Home Android How to speed up Android on every smartphone 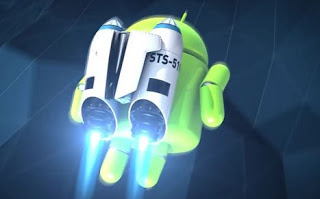 Millions of people around the world use Android smartphones and, although of different brands, it is about the same system, with its pros and cons depending on the version installed by the manufacturer.
On the most expensive smartphones, Android always runs very fast even with many apps and games, driven by a latest-generation processor and with amounts of RAM that now exceed 4 GB.
For many other cheaper models the slowing down problem is quite normal and natural, especially after a few months of use (but trust some high-end smartphones after a few years slow down a lot!).
One of the things users absolutely need to know is that Android slows down over time; this takes advantage of upgrades and installed applications that get bigger and heavier.
You can, therefore, have a problem out of space in the internal memory, a problem of insufficient RAM or a continuous lag that does not even allow you to use the Facebook app smoothly.
Below, we have gathered all we can do to speed up Android with and without root, so as to be able to speed up any type of device.

READ ALSO: Have Android fast and without Lag, if your mobile is slow

To keep Android as fast or as fast as possible on an old mobile phone without having to root, it’s important to use it taking these recommendations into account.
With these points in mind, not only will you have a faster smartphone to open applications, but you will also be able to make the battery last longer.

Speed ​​up Android without root

Here below we have collected all the methods we can use on a smartphone without active root permissions (the vast majority, given that this operation invalidates the warranty).

1) Find out what’s slowing down your Android device

To see exactly what is taking up resources on the Android smartphone we can go to Settings -> Memory and press on again Memory to know which apps are active and occupy RAM.
Please note that this screen may appear in sections of different settings depending on the phone used.
To have better control over memory, we can read the article on how to free up RAM on Android.
Although their effectiveness may be limited, an App Booster can be used to optimize memory and terminate Android processes

2) We never fill the internal memory

The internal memory space is not to be confused with that of the SD card since it is the physical memory where the Android system stores apps, data, and configurations.
In every computer the full disk has, as an indirect effect, the slowing down of its tasks and this is also true for Android phones, because a part of the memory is used as a cache apps and as a space to install new updates: if we fill it up, it will slow everything down.
When we choose a new smartphone, we take this into consideration: we are now focusing on one on models with at least 64 GB of internal memory.
As this is a frequent problem we have seen at least 4 articles and guides for:
– Free up space on the Android memory and SD card
– Survive with Android with full internal memory or exhausted space on the mobile
– Solve the insufficient space on Android
– Earn memory space on your smartphone: what to delete?

Widget is one of the best Android features since they allow you to keep some features under control on a separate screen without opening the app every time.
Unfortunately, however, the widgets are applications that remain persistent in memory, so if the mobile phone is undersized, old or very cheap it is better not to use them or useless as possible: the battery and RAM memory will thank you!

Android is nice to see thanks to the transition effects when we open an app or we move between the various screens, but these effects occupy CPU, RAM and consume battery.
In another article, we showed you how to disable Android animations and transition effects, so as to limit workload and battery consumption.

5) Update your smartphone and apps

The phone update should appear as a notification if available, otherwise, it can be forced by bringing us to the menu Settings -> Phone info and clicking System updates (this menu can also be found in other locations, depending on the phone model).
An update of the operating system can bring new functions, but above all solve the problems of slowdowns and bugs that afflict the phone, especially if this is new (many problems come to light only after the sale).
We recommend reading our guide on the subject How to update Android

RAM is cheap smartphones can often be insufficient to handle too many open or background applications, which is often the case with modern apps (they remain in memory).
It is therefore advisable to uninstall those that have active processes and occupy more memory or alternatively use the tools offered by the phone to avoid the automatic start-up and persistence of too-heavy apps.
In another article, we can find the guide to managing the apps active in Android, processes and cellphone RAM.

7) Deactivate or uninstall apps that are not used

Downloaded applications that are not used should be removed completely.
We have therefore seen in another article the guide to uninstall apps on Android completely.
On smartphones, it may still be impossible to uninstall apps pre-installed or provided as a sponsor; in this case, it is worthwhile to deactivate useless apps so that they do not update and do not take up memory.

Some Google apps are responsible for slowdowns and excessive battery consumption.
For each of these apps, go to the account settings, select the email address and then find and press the Exit button.
In particular, there are:
– Hangouts that can be replaced with an alternative SMS message app for Android like Google Messenger.
– Google+, a closed social network that consumes memory and energy.
– The Google voice assistant, for which we have written a guide to Deactivate Google Ok, Now tabs and the search bar on Android.
Regarding Google apps, it’s best to never deactivate them because they can be vital for others to work.

We can see the most obvious slowdowns on Android smartphones in the launcher: freeze, blocks, and clicks that show up when we change apps, when we change tabs or when we open the app drawer.
If the launcher provided by the manufacturer slows down too much and the shots are too obvious now, we recommend changing the launcher by installing a lighter one, such as Lawnchair Launcher.
Alternatively, we recommend reading the guide The best fast and light Android launchers.

If everything fails and you don’t want to switch to the root solution, you can try to completely restore the device.
It is not ideal, because all data is deleted, but if we have a backup of Android data, ie the address book and photos, we can do it safely without losing anything.
To do this, go to Settings> System and use the Reset or Android Recovery option.

Speed ​​up Android with root

You can lighten the system by installing a different version of Android, tailored to your phone’s capabilities and above all free from useless apps.
LineageOS, the best Android ROM, is compatible with almost every phone model, including Samsung, LG, Huawei, etc. and it is clearly more powerful as well as more complete than any option and easy to install compared to the ROMs offered by the manufacturers.
Let’s give them a chance, we won’t be disappointed!
To install it on our smartphone we recommend reading the guide -> Install CyanogenMod (LineageOS), the best Android ROM, on your mobile.

2) Install app to upgrade your phone

There are numerous apps that require root permissions and allow, through them, to block useless apps, freeze those in memory to prevent them from consuming RAM and use the memory of the SD card as system memory (more effectively than in how to does Android

– Greenify, very effective to increase the battery life of Android that keeps hibernating apps not in use by freeing up memory.
– Smart Booster, the most effective app for emptying the RAM covered by closed applications.
– Link2SD to move all the apps to SD card and free up more space on the internal memory if very limited.
– All-In-One Toolbox, an all-in-one program to maximize the Android smartphone in all its aspects, so as to make it fast.

How to recover files from a damaged RAID