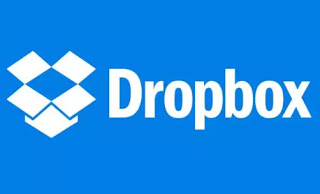 Among the most widely used cloud services in the world at home and office level (for companies there is a different market), there is certainly one Dropbox, which for more than 10 years can be used free of charge for upload files online and synchronize folders with a continuous backup.
Registration for DropBox is free and can be done from the official website dropbox.com. For free accounts, a space of 2 GB is made available, which is lower than that of the big competitors like Google Drive and Onedrive, but more than enough to store documents. Paid accounts start at € 10 per month for 2 TB of space.
Cloud means that files are uploaded to servers that are always accessible via an internet connection and that these files can be used by any device, with the changes being synchronized between all the computers used. If you install the Dropbox client on your PC, you can dedicate 2GB of your hard disk to the cloud service, making them accessible from all over the world, in a safe and secure way.

The files can be loaded directly from the site or even using the Dropbox program that you can download from Dropbox.com and install on Windows, Mac, and Linux. Dropbox also offers apps for iPhone and Android, so you can upload files to the cloud from your smartphone.
Unofficially it is also possible to download Dropbox portable for USB sticks, without installation.
The client creates another folder in the document folder Dropbox is everything that is copied to it is synchronized and will be found both on the website and on other computers.
The application automatically synchronizes the contents of the DropBox folder directly on Dropbox creating a real virtual hard disk on the computer and allowing the recovery of these files at any time and from any other PC. As with a backup program, the changes to the files that are made are received on DropBox automatically through its synchronization service, the important thing is that the file remains in the DropBox folder.
Files, documents, photos, videos can be uploaded to the Internet with a simple drag & drop on the My DropBox folder and can be shared with everyone, giving the opportunity to download all the files that each one share (but can also remain private). Optionally, in fact, each folder and file can be shared with other users or with anyone.
Keep in mind that the Dropbox folder cannot be moved once it is created. The only way to move it is by using symbolic links. In another article, we saw how to synchronize any online folder in the Clouds with symbolic links and how to share any folder in Dropbox.
It is also possible to use Dropbox as a PC disk partition.

As seen in other articles, you can protect confidential files on Dropbox with Boxcryptor so that they are not visible without a password.

Dropbox on Android and iPhone

The Dropbox app for smartphones has several very useful and convenient features including the function to scan a document with the camera, auto backup of photos in the cloud and the ability to open files even without an internet connection.
You can download Dropbox for Android and iPhone from the respective stores.

The Dropbox features are as follows:
– Archive files to be kept online so that they are not lost even by changing computers.
– Synchronize the files to have them always the same and updated on all used PCs.
– Share files or folders of files to make them download to other people.
– Transfer files in a direct way. This last function is a novelty of the Dropbox 2019 that has integrated in its site a service similar to that of WeTransfer.
Dropbox is also one of the most flexible cloud services, with applications to use Dropbox in different ways such as, for example, to manage music, photos, and websites in DropBox.

To share a folder, simply open the file section, move the mouse to a file or folder and press the button Share. You can then indicate the email addresses of people with whom to share the file or folder or click to create a public link that anyone can view and download.
It is also possible to receive files on Dropbox via Email or via web and also send or receive attachments on Gmail with Dropbox.

The transfer is designed as a simple way to send files to anyone, not just other users
Dropbox customers, but everyone, without having to worry about access rights or sharing options.
The transfer allows you to send up to 100 GB of files (even if the free account has a limit of 100 MB). To use the Dropbox transfer, just open your account from the dropbox.com site and then click on Transfer in the menu on the left. Then select the files from the disk to create a link that the recipients can use to download the file. The transfer can be password protected. You can also set an expiration date after which the file can no longer be downloaded by recipients. Display statistics allow you to see how many times the transfer was made.

Which iPhone should buy today?