Home iPhone Siri How to use Siri

I can not believe it! You have a brand new iPhone and you haven’t used Siri yet. What is Siri? It is a formidable free voice assistant that allows you to “talk” with your iPhone (but also with iPad and iPod Touch) and control it using natural language. You don’t know what you’re missing.

Think about it, thanks to it you can learn about the weather forecasts, the directions to get to a certain place, the addresses of the most interesting places and shops that are nearby. You can send messages, post posts on Twitter / Facebook, set reminders and, believe me, the list could go on for a long time. So let’s not waste any more time and find out right away how to use Siri using all its capabilities.

Before seeing in detail how to use Siri, you need to make sure you have an Apple device that can use this service. Siri is available for iPhone 5, iPhone 4S, fourth/third generation iPads, fifth-generation iPad Mini and iPod Touch. To have it in Italian, you need to install version 6 of the iOS operating system. In this regard, I suggest you read my guides on how to install Siri on the iPhone and how to update the iPad to get a complete overview of the operations to be performed. 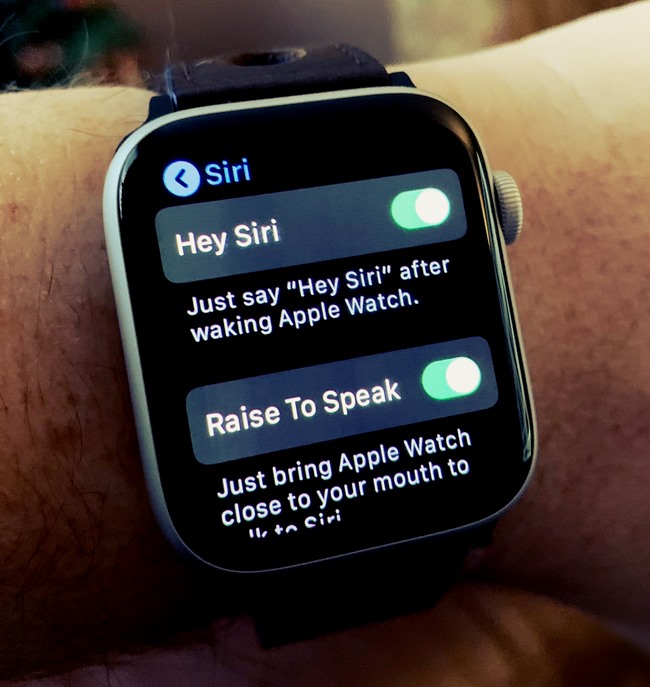 Once you have ascertained the full compatibility of Siri with your iPhone, iPad or iPod Touch, all you need is an Internet connection to use this formidable voice assistant (or rather, this formidable voice assistant). So let’s see how to “talk to us” in practical terms. By default, Siri can be activated by holding down the iDevice Home button for about three seconds, until the microphone icon appears at the bottom of the screen. However, going to the iPhone Settings and accessing the General> Siri tab, it is possible to activate the Raise to talk function which calls up Siri when you bring the iPhone to your ear (without deactivating activation via the Home button).

As mentioned above, you can use Siri to do the most disparate operations: know the weather forecast for the next day, view the directions to get to a certain place, post a status update on Facebook, write an email or an SMS, know the results and rankings of the football league, launch applications, play music and much, much more. To begin with, however, let’s do some simple examples.

Do you want to know if tomorrow, when leaving the house, you have to bring the umbrella with you and view the latest weather forecasts? Press and hold the Home button on your iPhone / iPad / iPod Touch for three seconds, and when the microphone icon appears on the screen, ask for something like ” Will it rains tomorrow?” “,” What will the weather be like tomorrow? “,” Will I have to bring an umbrella with me tomorrow? “, and so on. There is no need to follow a precise word fencing or to articulate words in a particular way, the beauty of Siri is that you can interact with it using natural language.

Other examples I can give you are those relating to geographical indications to places. Try to ask Siri ” Show me the way to Rome ” or ” Recommend me a pizzeria” and, using the GPS functions of the device in your possession, the service will provide you with directions to get to the desired destination and the name / address of the pizzerias that they are closer to your current position. 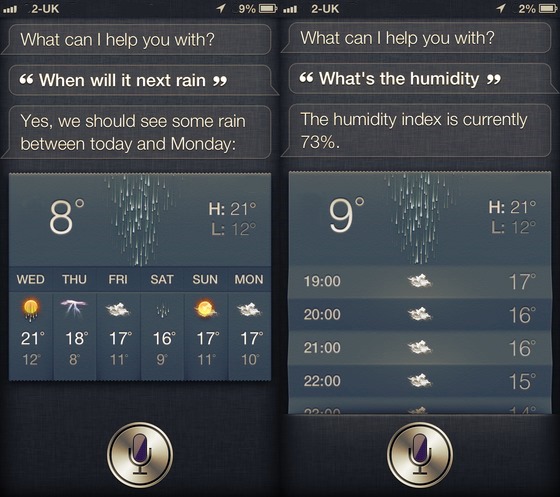 Other typical uses of Siri are the creation of reminders for one’s commitments and the setting of alarm clocks so as not to be late in the office, at school or an important appointment. The language to use remains very natural: if you want to create a reminder you have to say ” Remember me to do this ” specifying the day and time of the commitment (eg ” Remind me that I have to do the shopping tomorrow “), while to set an alarm just say ” Wake me up ” followed by the day and the time in which to make the device ring (eg ” Wake me tomorrow morning at 7 “).

Siri also speeds up communications. You can indeed ask your voice assistant to write a new tweet (eg ” Write a new tweet “) or a status update on Facebook, send an SMS or an email (eg ” Send a message to Carissa Lenahan “) and make a phone call to one of the contacts in the phone book (eg ” Call Mario Rossi“). But the beauty does not end here! Writing a message or a post with Siri, you will not have to use the virtual keyboard of iOS in any way, you will be able to dictate everything by voice and the excellent voice recognition of Apple will write what you say.

That’s all? Absolutely Not. Siri is also able to launch the apps installed on the device (eg ” Start Instagram “), recommend films to be seen at the cinema, communicate the results and rankings of the football league (eg ” In the last game, Barcelona have won? “), play music based on genres or artists contained in the music library of iOS (eg.” Play jazz music “or” Play Michael Jackson songs“) And to answer questions of various kinds with sometimes bewildering jokes (eg try to ask Siri what the laws of robotics are or how many languages ​​speak … you will be amazed!). For the rest, ask ” What can you do for me? “ And Siri himself will list his main functions. I bet you won’t be able to do without it anymore!