Home iPhone How to use the Voice Translator and translate simultaneously 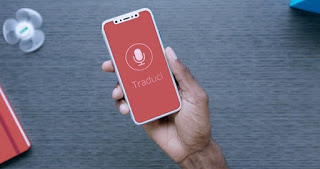 How many times have we imagined a technology that would allow us to translate what we say in real time, so that everyone understands us when we are abroad? Technology has thankfully gone a long way and now offers all of us the chance to translate any known language on the fly, so as to make a trip outside the Italian borders less difficult.
In this guide we will show you how to use Voice Translator to translate on the fly, describing the main apps that allow you to obtain the instant translation of what they pronounce in our language, providing a good translation understandable by the people of the place we arrive.
Getting lost in a big city like New York or Beijing will no longer be so dramatic, as we can always find our way back with the help of these voice translators!

How to use a simultaneous translator

Most of the apps that we will point out in this guide require Internet access to be able to carry out their task correctly: what we pronounce is sent to a dedicated server which, at lightning speed, will provide us with the translated and correctly pronounced text ( it will be enough to let our interlocutor listen).
For best results we recommend that you always connect to a free Wi-Fi hotspot (always available in big cities) or to use the connection LTE or 4G +.

The best simultaneous voice translation app is without a doubt Google translator, available free for Android and iPhone. 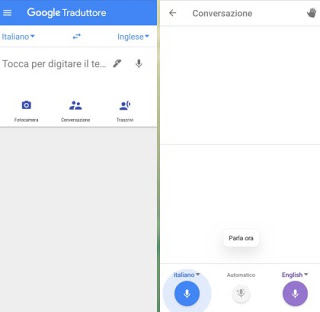 Once the app is open, press the button Conversation, so let's make sure that our language (Italian) and the language of the country we are in is selected at the bottom right.
Speaking in turns we will be able to translate our words into the foreign language on the fly and immediately understand the answers, all we have to do is keep the smartphone close enough to be able to capture and translate every part of our conversation.
The accuracy is truly remarkable, to the point of being able to elect this app as true universal pocket translator.

Another very effective app for using the Voice Translator and translating into two languages ​​simultaneously is Microsoft Translator, also available free for Android and iPhone. 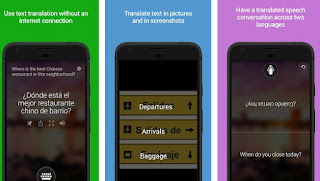 This app aims to soon steal the "scepter" of universal translator from Google Translate by offering a valid offline text translator, an instant translation system for signs and directions displayed with the rear camera and a conversation mode very similar to that seen on the rival app.
Once the app is open, press on Conversation, let's make sure that the reference languages ​​are ours and that of our interlocutor and start speaking, so that we can understand each other without too much difficulty.
The app is quite accurate but slightly inferior to Google Translate with some phrases, which is why it is not yet at the top of the ranking of apps with the best simultaneous translator at the moment.

Translate All (Android only)

Among the less famous apps to use the Voice Translator and translate simultaneously, it is also worth a try Translate All, available for free only for Android devices. 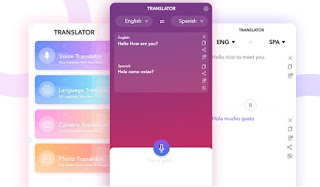 What we like about this app is its extreme simplicity: all we have to do is open it, press on Voice Translator, choose the languages ​​to use at the top of the app and finally press and hold the microphone button until we speak; by releasing the button, the translation into the desired language will be instantaneous and we can both have it read and dictated by the app.
To translate what our interlocutor says, just hold down the microphone button while he speaks and let the app translate, so you can start a conversation even without knowing the target language.

Another minor app we can test to simultaneously translate a conversation is Voice Translate, also available for free only for Android. 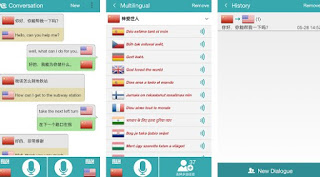 Starting the app we will not have to do is choose the languages ​​to use at the bottom, then press the microphone icon and start speaking in our language: the translation in the target language will be available immediately.
By repeating the same steps also for our interlocutor he will be able to speak and we will be able to understand immediately what he is saying, without misunderstandings.

If we are looking for an alternative app to the famous ones on an iPhone device, we recommend that you give iTranslate Voice a free download. 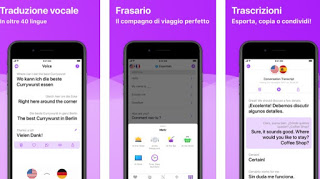 By starting the app we will be able to translate into 40 different languages ​​simultaneously (with the same mechanism seen in other similar apps), as well as accessing a ready-to-use phrasebook for all the most frequent situations, so as not even having to waste time pronouncing a sentence: we can open the phrase book and choose the sentence closest to our needs.

Translating in real time with a bidirectional translator (as we have often seen in science fiction films) is now a reality: all we have to do is download one of the apps seen above and overcome any kind of language barrier, especially in countries where English is not spoken. (which may or may not everyone can speak, even in an elementary way).

If we are looking for a good site to translate every known language, we invite you to read our guide now Best sites to translate languages ​​and words with automatic online translators.
If instead we are looking for alternative apps to translate incomprehensible signs and directions, we can refer to our guide Translate text with the camera in real time (Android and iPhone).
Are we passionate about Italian dialects and are we looking for a dictionary or regional translators? We can test some of them in our guide on how Read and translate the Italian dialects of each region with online vocabularies and dictionaries.

Locate and find the geographical position of mobile phones or PCs

Guide to iTunes, options and features to manage the iPhone from your computer

How to choose the video card for PC graphics

Best apps for traveling and going on vacation (Android and iPhone)

Filter and Hide everything on Facebook with Social Fixer