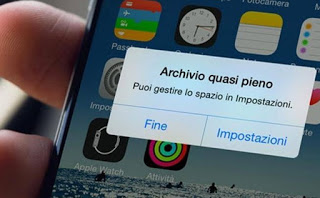 One might wonder why a computer or smartphone slows down all its operations when it has internal memory is practically full and returns fast when it is freed or emptied.
It seems strange for most users but also the internal memory needs its “spaces”, behaving almost like RAM, volatile memory, the one that keeps data only until the computer is turned off.
Is it therefore important to have a lot of free disk space to keep the PC fast and performing?
In this guide we will try to answer this interesting question, showing you why it is always advisable to keep some free space in the memory, in particular, if we use an SSD on a PC or any modern smartphone.

Full memory slows down the PC and smartphone?

A disk that fills up on PC will bring specific slowdowns also based on the type of technology we use to store files; on smartphones, however, space is always composed of NAND chips so slowdowns become perceptible only when the memory is truly saturated, that is, there is no less than 10 MB of available space.

Does the PC with full memory slow down?

In reality, the speed of a computer does not directly depend on the free space on the disk but by a combination of factors that also have to do with the use of the memory of a hard disk or an SSD drive.
The lack of free space is therefore not a direct cause of slow PC performance and although it is easy to say that the more free space there is, the faster the computer is, this is false. 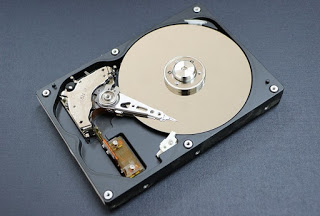 The speed of the computer is quite tied to other causes such as, for example:

Does the PC with full SSD slow down?

The discourse on slowing PC disks changes in the case of SSDs, since SSDs don’t suffer from the fragmentation problem but on the other hand they require some free space (unused and unpartitioned) to function.

This is because if there is little free space the computer will end up writing new data always in the same place and as SSD solid-state memory deteriorates when there are too many writes, this is to be avoided. For this reason, the so-called is therefore set on some SSDs (not always) Over-Provisioning, an unpartitioned space that the user cannot touch and which remains empty; so we recommend you keep at least 20-25% of free space at all times, as seen also in our guide Keep your PC’s SSD fast; options to change in Windows 10 and 7.

Does a smartphone with full memory slow down?

The internal memory of a smartphone is based on chips very similar to those seen on the SSD, therefore the same rules seen above apply: defragmentation is not necessary but we must avoid filling the internal memory, always leaving at least 25% of the free space. 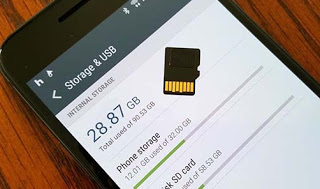 If we notice that space fills up quickly, we can use the cleaning tools integrated into the operating system or help us with the suggestions in our guides Free up Android space on internal storage and SD card is How to free up space on iPhone.

Some smartphones will fill the memory before others, especially those that have 64 GB or less of memory: in these cases, we will have to be good at expanding the memory where possible (for example by inserting a MicroSD on Android smartphone) or by moving the larger media files (photos, videos, images, etc.) to the cloud, as seen in our articles at Best Cloud apps for Android and iPhone to save files without taking up memory and atAuto uploading Unlimited cloud phone photos.

The final answer to our question is easy to understand: whatever the technology used, we always try not to fill all the space of the internal memory or of the driver that we use on a PC (be it hard disk or SSD). If we do not follow this simple rule we will have smartphones and PCs that slow down suddenly or even risk to freeze (with the memory completely full, no new operations are possible).

For PCs, we can avoid this scenario by reading our guides on how to set up the paging file in Windows. things to do to speed up any computer.
For smartphones, we can also use automatic cleaning apps, such as those reviewed in our insights on App to clean Android from unnecessary files that take up space and on App to erase data on iPhone and clean memory.

How to calculate the hash of files (to check its identity)

How to unlock Adobe Flash Player on Chrome, Firefox and Edge

Calibrate the screen in Windows 10

Go back to the old classic Facebook site on Chrome